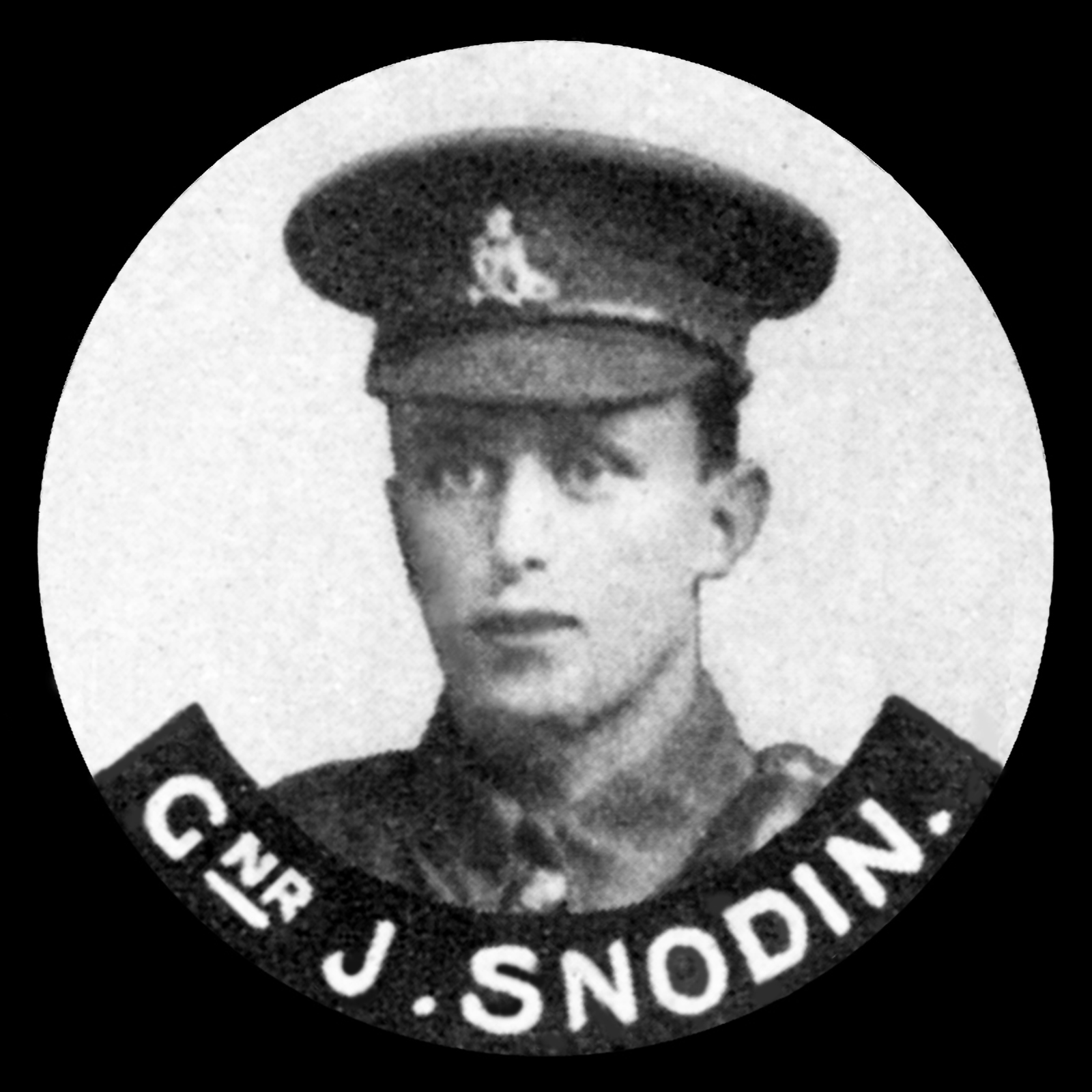 Gunner John Snodin died on the first day of the Battle of the Somme. He was born at Braunston on 20 August 1891, the son of William and Mary Ann Snodin. The family later moved to Uppingham and lived in North Street. John was a butcher before joining up on 14 June 1915. He went to France in the first week in January 1916, serving with D Battery, 175 Brigade Royal Field Artillery. In the last days of June his battery was positioned near Authuille Wood. The Brigade's war diary says it took part in the bombardment of German positions aimed at cutting the wire in front of La Boisselle and preventing reinforcements moving up before the British infantry attacked on 1 July. "During these proceedings the enemy retaliation was very feeble. The wire cutting was very successfully carried out. According to statements by German deserters during this period, the night barrages on all roads and approaches were extremely satisfactory and considerably interferred with the German food supply." On July 1 the infantry went over top and 175th Brigade with its eighteen pounders supported the Tyneside Scottish as they attacked German positions in front of La Boisselle. "The infantry attack was much held up by machine guns which the enemy brought up from deep dug outs after our bombardment and first waves of infantry having passed behind them and on to the enemy support line were cut off. Three of these machine guns and their detachments were knocked out by our guns. The fight then resolved itself as far as we were concerned into a struggle for the possession of a labyrinth of trenches in and around La Boisselle." John was killed sometime on 1 July, one of eight Rutlanders to die that day. According to George Phillips in Rutland and the Great War he was hit by a shell but his death is not mentioned in the war diary which only records the death of an officer. John is buried at Albert Communal Cemetery Extension, grave I.H.18, and is remembered on Uppingham's war memorial.