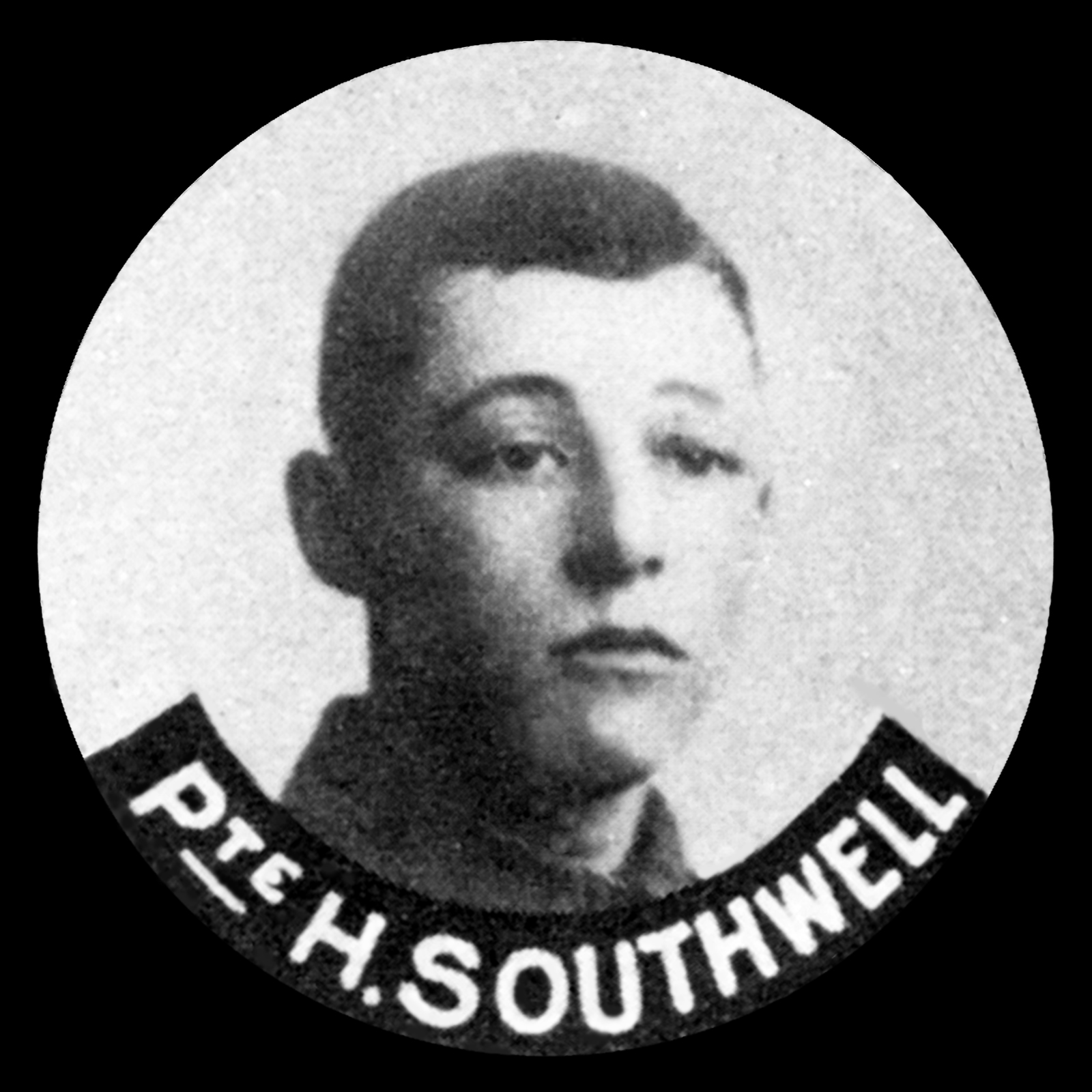 Harry Southwell was born at Nottingham on 5 May 1899, the son of Harry and Phillis Southwell. The family of six chidren and their parents later moved to live in Ayston Road in Uppingham. Harry Jnr was a gardener, and joined up on 5 June 1917 going out to France on 11 June the following year with the 1st/6th Battalion West Yorkshire Regiment. On 12 October he was admitted to the 33rd Casualty Clearing Station suffering from a severe gun-shot wound in the chest. He died in the early morning of 16 October 1918. He was buried the same day at Bucquoy Road Cemetery, Ficheux, grave IV.G.30. His elder brother Albert also fought but survived.