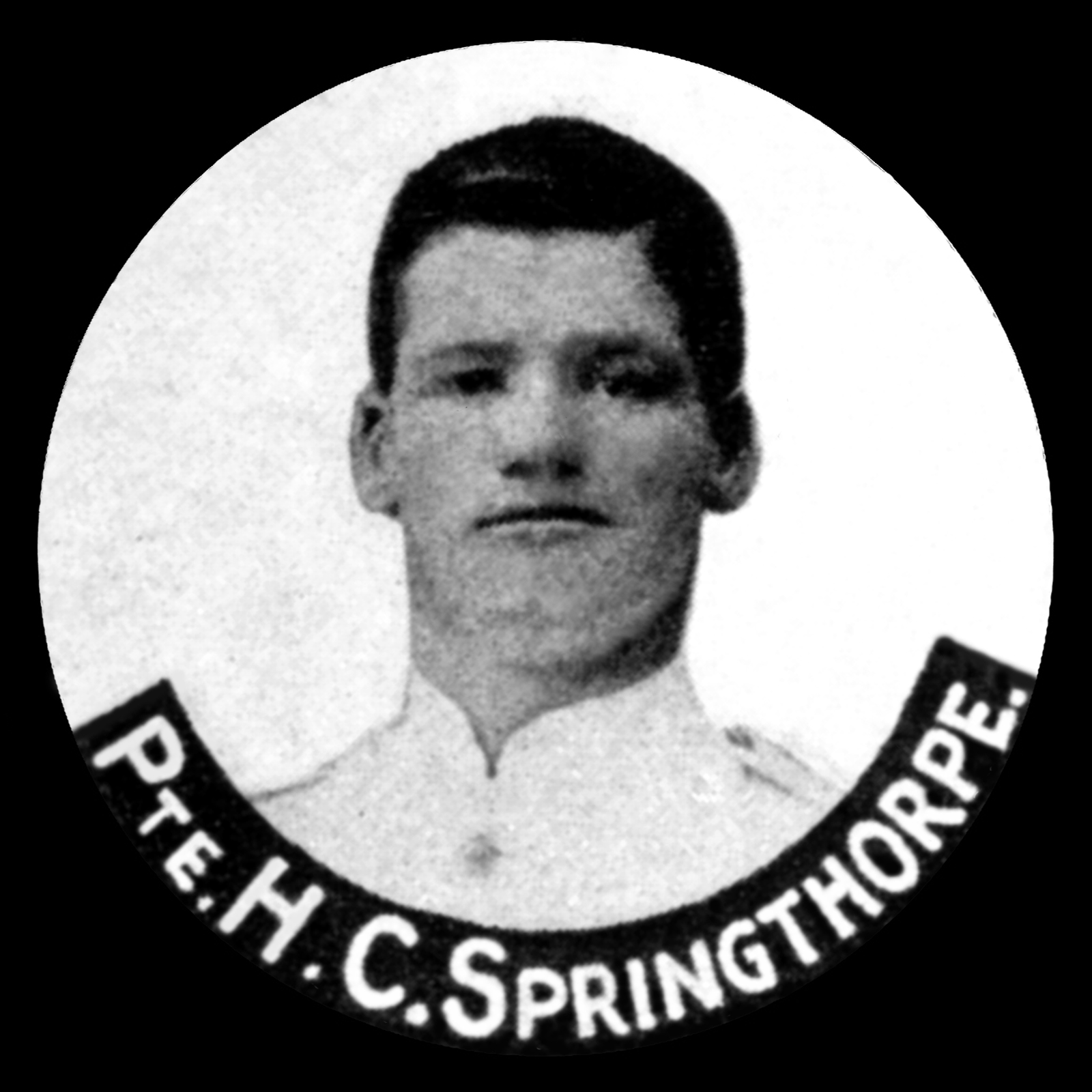 Herbert Cecil Springthorpe was born at Whitwell on 30 May 1887, the son of Thomas and Fanny Springthorpe and was married to Lydia Mary Springthorpe. He had already served in the Army, having enlisted with the 2nd Battalion Lincolnshire Regiment in 1903. After two years at home, the battalion was sent to India where he stayed for three years. Returning to England, he worked as a porter at Skipton station, and after about five years emigrated to Canada. When war broke out he returned from Vancouver, and because he was a reservist he rejoined his old regiment in September 1914. The battalion was drafted to France in November, and on 12 March 1915 he was killed in action at Neuve Chappelle. Before leaving Vancouver for England in 1914, a memento signed by a number of his neighbours was presented to Herbert which said: "We appreciate the fact that you are to be our representative in the defence of our country, flag, and honour. As a neighbour we shall miss your cheerful outlook on life, but when duty calls, manhood must respond." Herbert is buried in grave III.B.4 at Rue-Petillon Military Cemetery. He is remembered on two war memorials in Rutland, in Exton and also in Whitwell church.