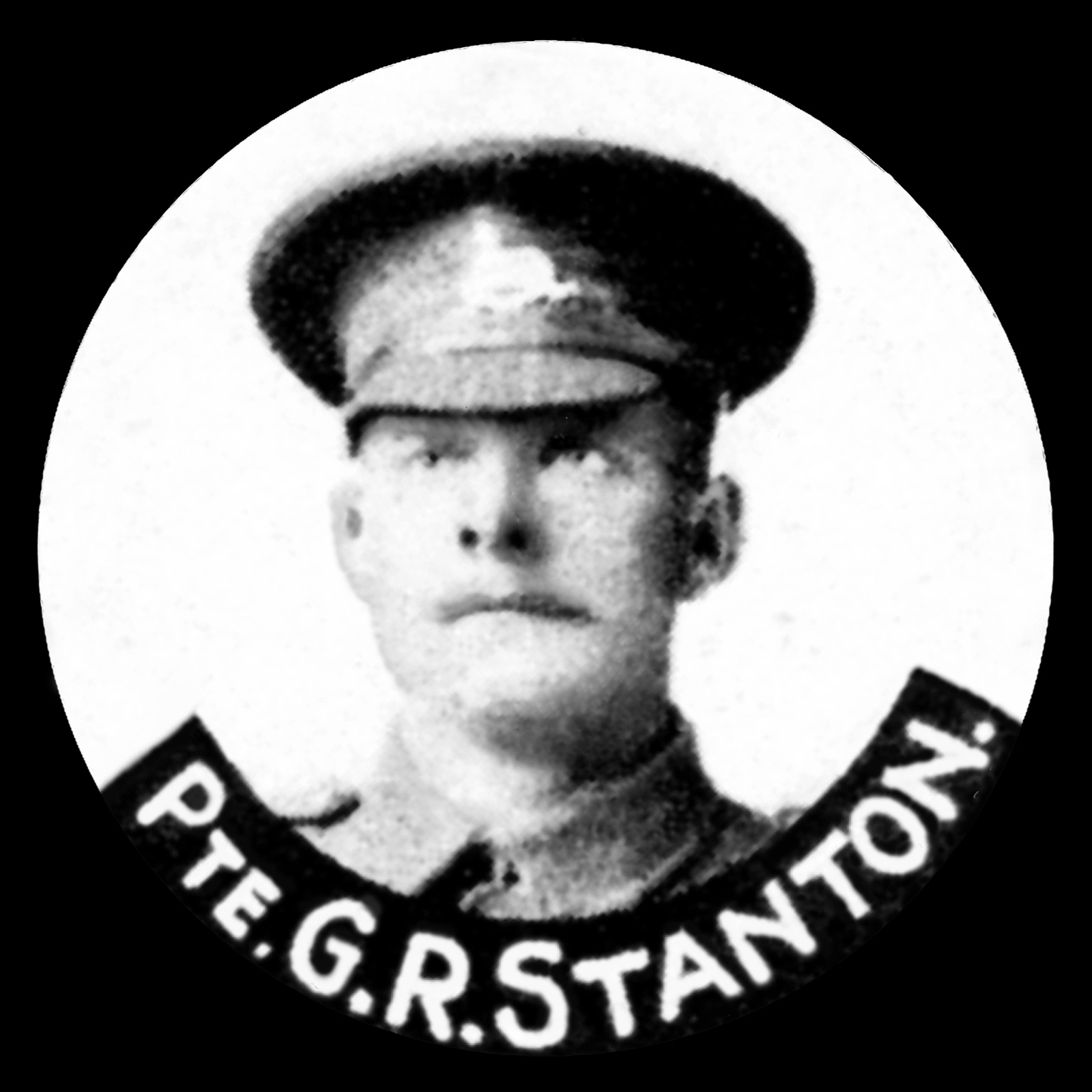 George Robert Stanton was the second son of John and Sarah Stanton of Whitwell. George was born on 26 January 1885 at Aslackby Fen near Folkingham and the family moved to Braunston and then to Empingham. Before the war he had been working as a farm waggoner in Newmarket, and then he worked in Middle Rasen in Lincolnshire. He joined the 2nd/5th Battalion Lincolnshire Regiment at Grimsby on 1 July 1915. After training he was sent to Ireland during the Easter uprising, and went out to France on 23 February 1917. He became ill in the trenches and was taken to hospital and died on 20 April from pneumonia at the 48th Casualty Clearing Station, France. George was buried in Bray Cemetery, grave II.H.28. George Phillips wrote: "Private Stanton was of a quiet, good-natured disposition and well respected." He was 32 and is remembered on Exton's war memorial and in the church.