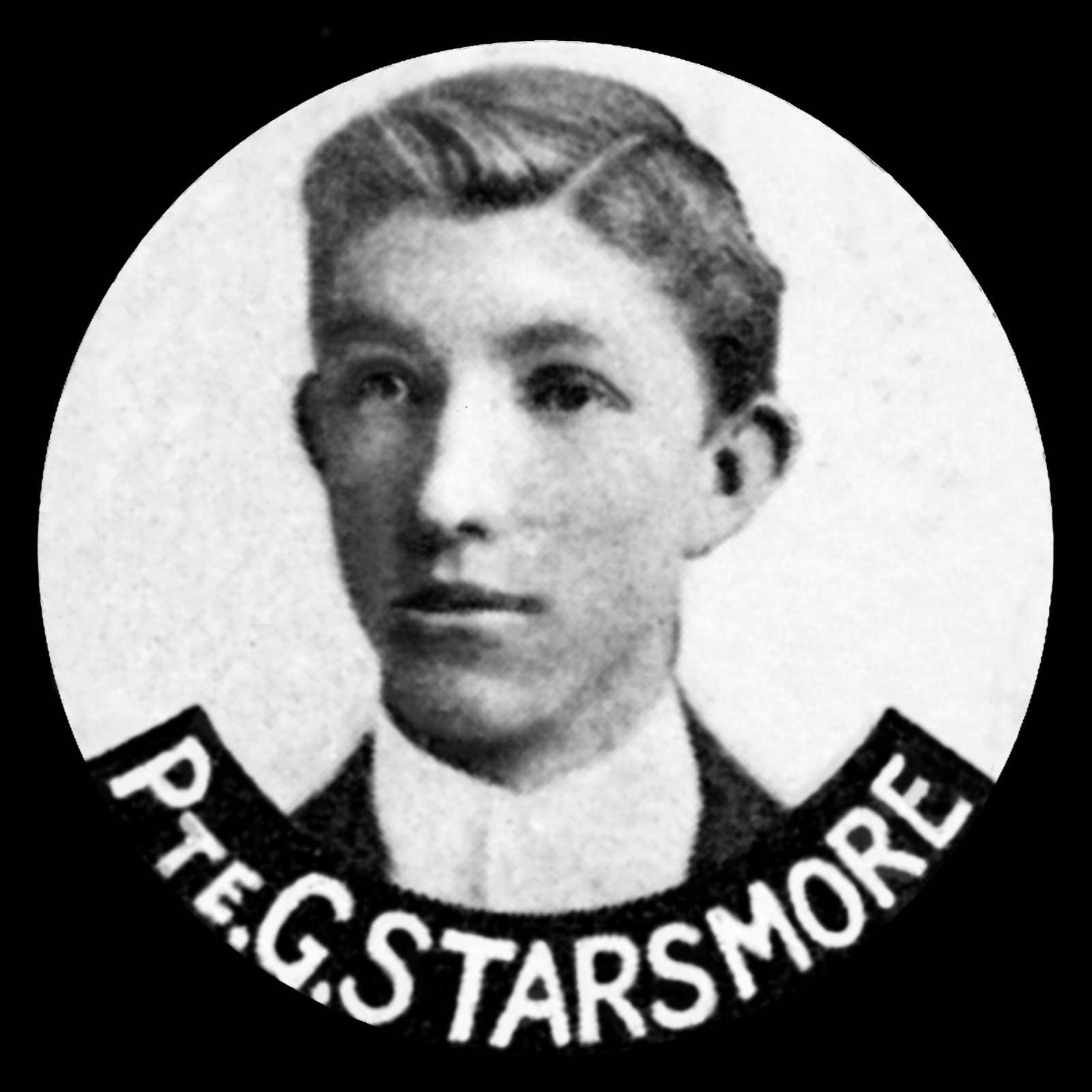 George Starsmore was born at Baston, Lincolnshire on 14 July 1880, the son of William and Elizabeth Starsmore. The family moved to Great Casterton and then to Tickencote. George worked as a baker and confectioner. Enlisting on 2 July 1915 into the Essex Regiment, he went to Egypt on 9 October the same year, and was killed in action fighting against the Turks in Palestine on 26 March 1917. He was 37 years old and is buried in Gaza War Cemetery, grave X.C.14, and is remembered in the church at Tickencote. After the war his widow Rose was recorded as living at 31, Rutland Road, Bedford.