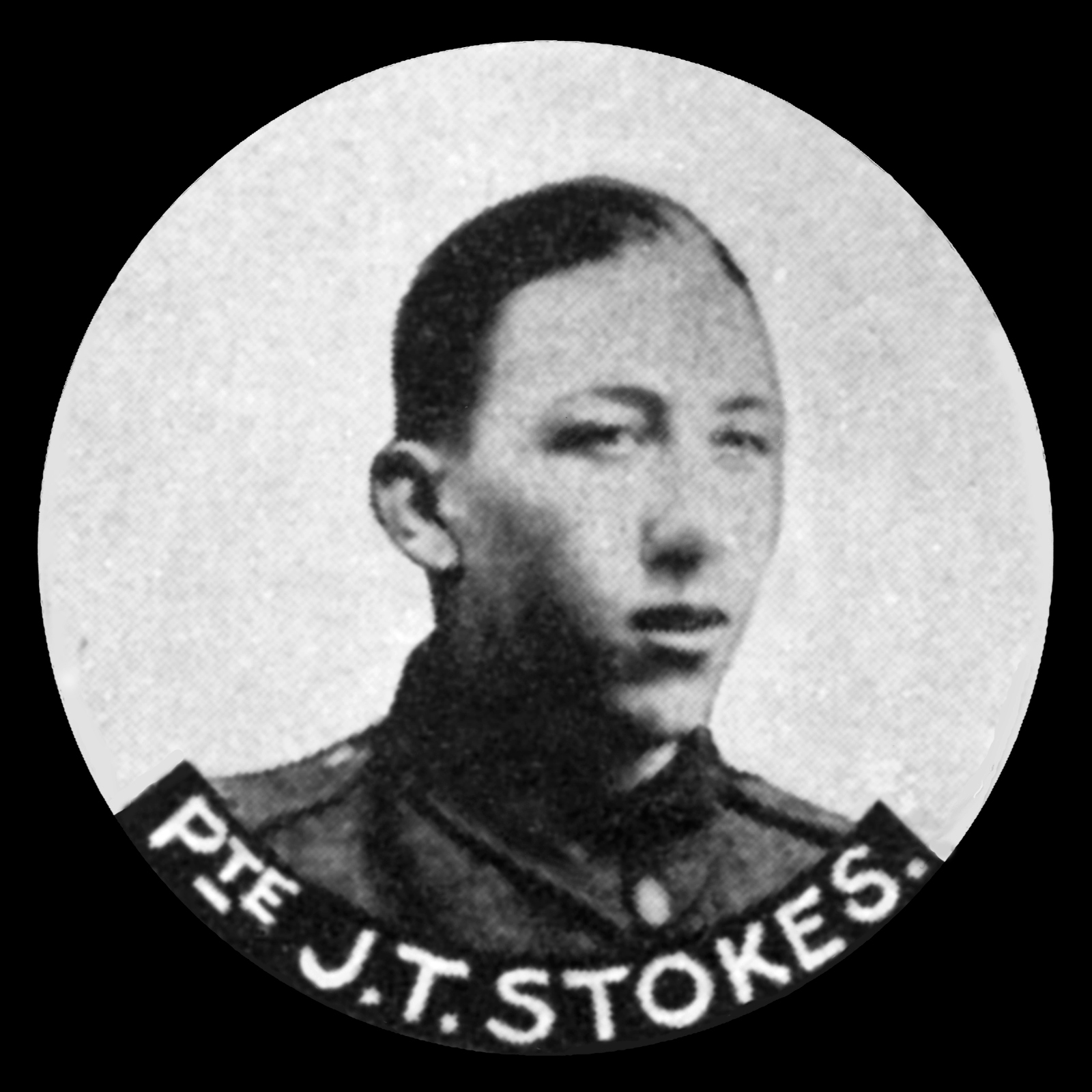 John Thomas Stokes was born in Oakham on 12 June 1899. He was the son of George and Annie Stokes and lived at 43 West Road in Oakham. He was a motor mechanic and fitter, employed at Hinman's garage along Mill Street in Oakham before he enlisted. He joined up on 27 November 1917 just a few months after his 18th birthday. John went to France on 7 August 1918 and fell at Ronssoy on 18 September, killed by a shell during the big September advance. George Phillips writes: "His body was found by Gnr. C. L. Morris, 7th F.A. Brigade, Australia Imperial Force, who, with other members of the same battery, gave him a proper burial, and erected a cross above his grave. Gnr. Morris, writing to his parents, said: "Your son died as I am sure he would have wished during one of the most victorious advances made by the British troops in this war. Great as will be the blow to you, I am sure it will be softened by the knowledge that your son died a soldier and a man, having sacrificed his life in a great cause. We paid him the last and best respects within our power and buried him in such a place that his grave will be kept and honoured, and serve as a memory to those who pass, of one who gave his all for his home and country." Today John lies in Templeux-Le-Guerard British Cemetery, grave II.C.17. His elder brother George also fought in the First World War and survived.