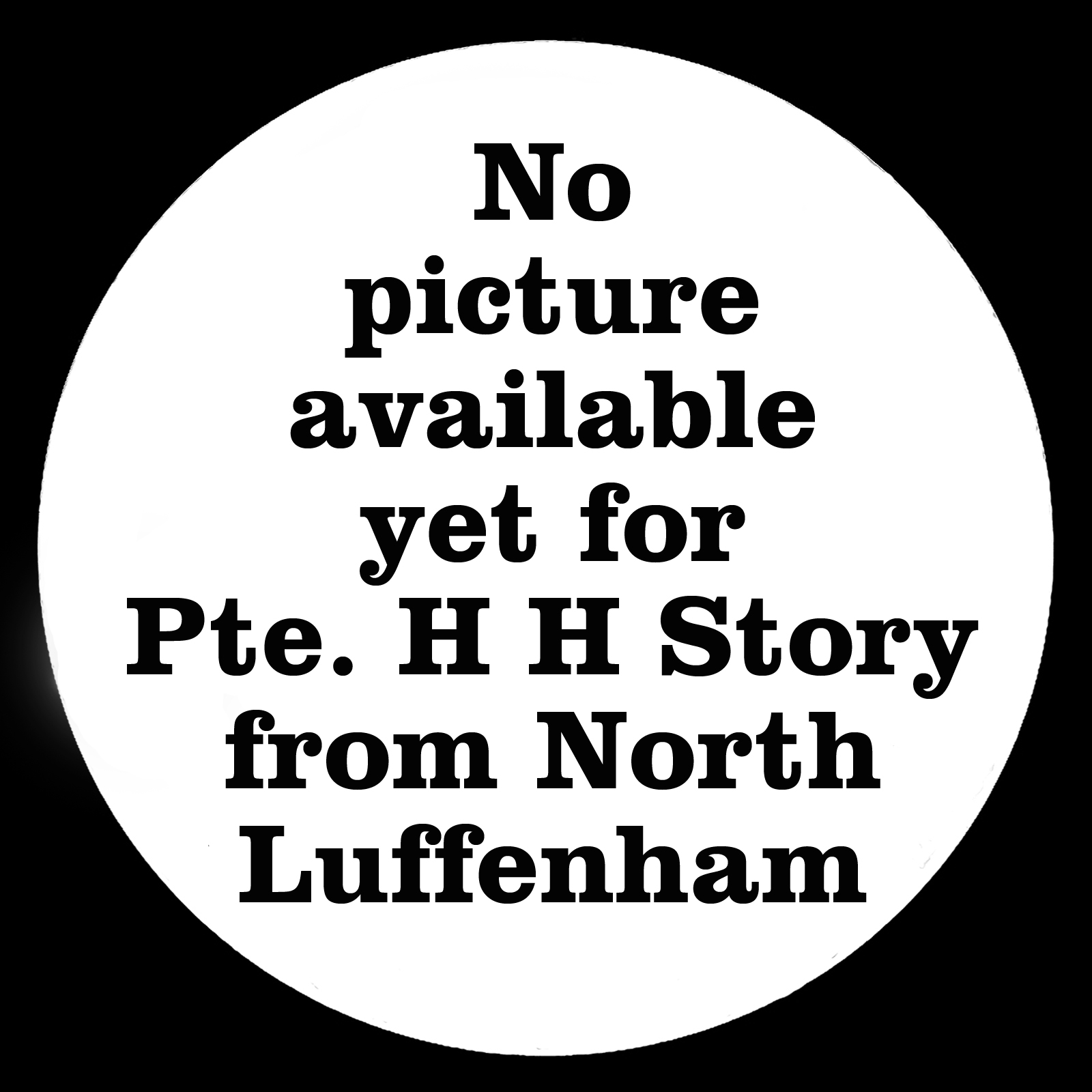 Herbert Henry Storey was the second youngest Rutlander to die in the First World War, aged just 16 years, ten months and ten days, after he was injured during the Battle of the Somme. The youngest of all to die was William Clifton. Herbert, whose cousin Albert also died in the war, was born at at Ketton on 26 December 1899, the son of Herbert Storey and lived at New Town Cottages in North Luffenham. He enlisted in Mansfield, where he worked as a coalminer, on 3 May 1915, claiming to be 19 years, 127 days. He went to France on 6 March 1916 with the 16th Battalion Sherwood Foresters (Notts and Derby Regiment). During the Battle of the Somme, on 14 October 1916, 100 men of the battalion were sent to act as stretcher bearers during an attack by 118th Brigade on the Schwaben Redoubt near Thiepval. It is likely this was the action in which Herbert was wounded. He was admitted to hospital in Rouen with a head wound before being evacuated home. He died in St George's Hospital, London, at 12.45am on 22 October. Herbert was buried two days later at Nunhead Cemetery in South London and is remembered on North Luffenham's war memorial.

For details of how to find his grave, see Nunhead Cemetery in Locations.