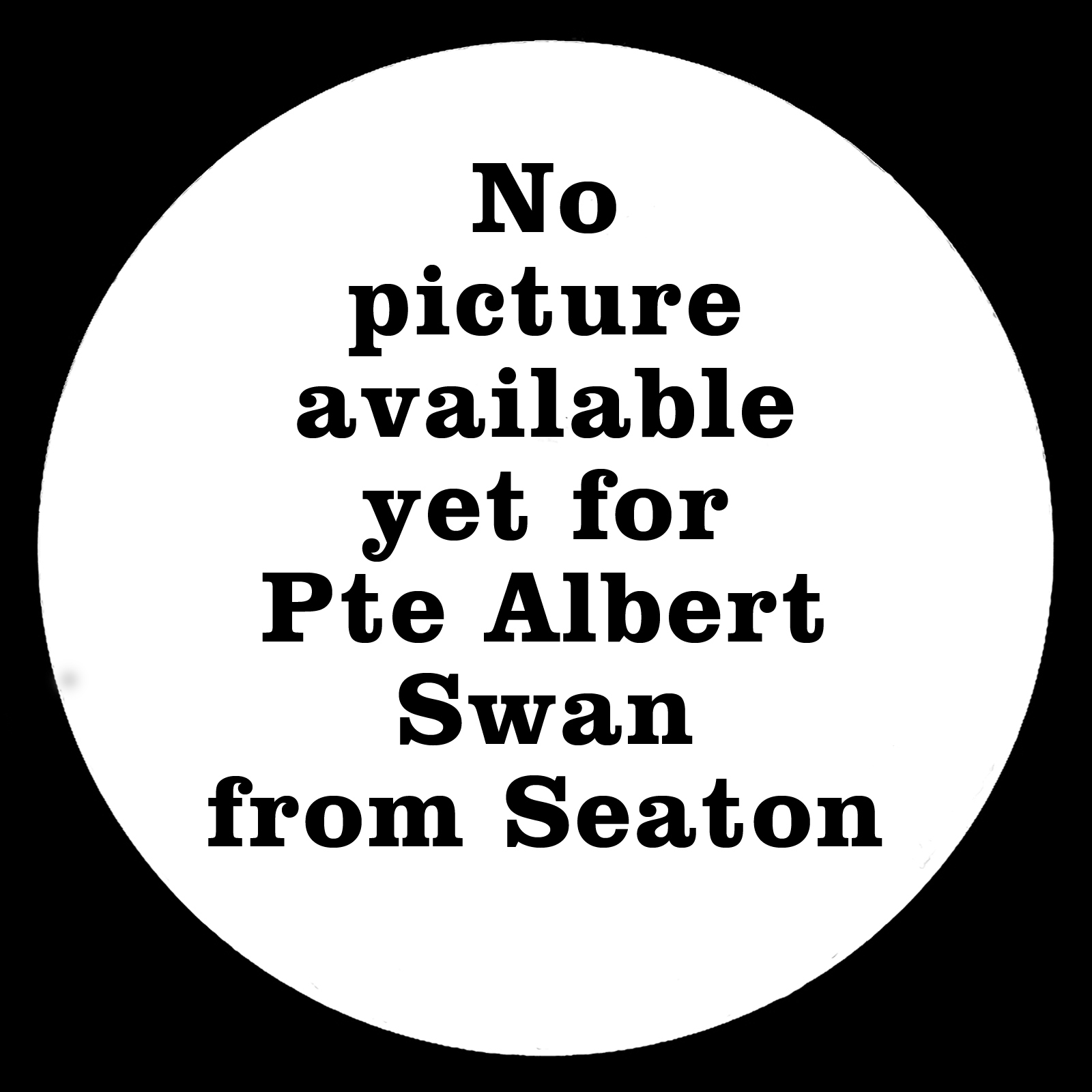 Private Albert Swan of Seaton was born at Bisbrooke on 31 January 1877. He had served for three years with the 1st Battalion Leicestershire Regiment in India after joining up in 1902. He came out of the army and into the Reserves and was called up again at the outbreak of war. He went out to France on 3 September 1914, and was killed at Armentiéres on 25 October in heavy fighting which cost the Leicestershire Regiment dear. A cousin of his, who was in the trench with him, recalled: "I saw a shell hit him. It either knocked him right into the earth or blew him into fragments. I was next man to him and was knocked unconscious for half an hour. When I came to my senses, where the poor fellow stood, was a large hole; nothing was ever seen of him again. I was talking to him less than five minutes before he was hit. He had been talking about his baby." Another eye witness says:  "I saw him killed, a sight I shall never forget the longest day I live. A shell hit him and blew him into thousands of bits." He left behind a wife and two children, the youngest, a daughter, having been born after the war began. Albert is remembered on Panel 4 of the Ploegsteert Memorial and on Seaton's war memorial.

Albert's surname is spelt Swann on Seaton war memorial and in Rutland and the Great War, but Swan by the Commonwealth War Graves Commission