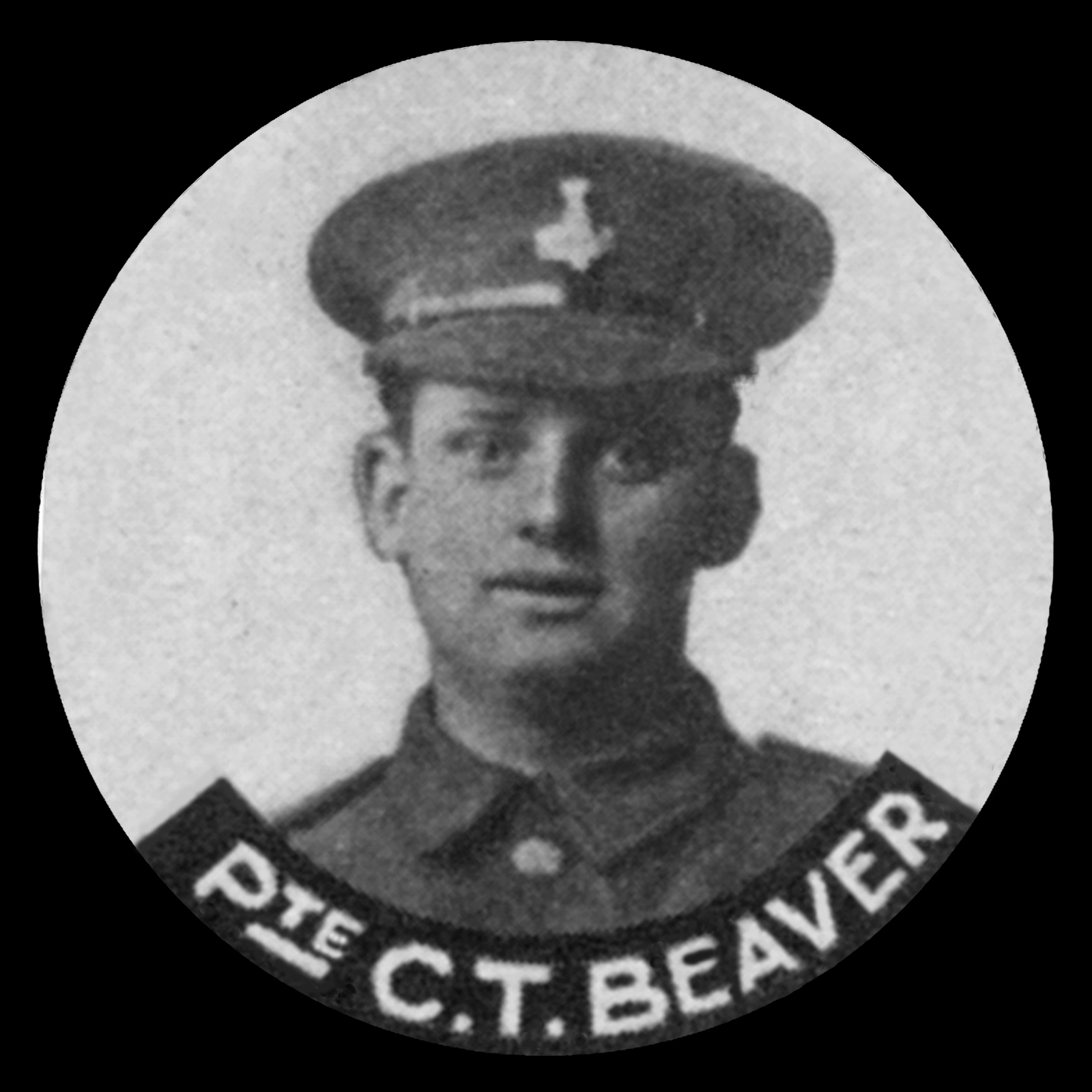 Private Charles Thomas Beaver is one of seven Beavers from Oakham to die in the First World War. All of them were related in some way. Charles was born in 1899, the son of Samuel Beaver and his wife of 44 King's Road, Oakham, and before the war worked as a junior porter on the railway. He enlisted on 27 July 1917, in the 1/4th Battalion East Yorkshire Regiment, and went to the Western Front on Easter Sunday 1918. His battalion was defending the Craonne position on the Aisne in May 1918, when the Germans got through a gap, infiltrating the line with machine guns and took a number of prisoners. Charles was one of them. He was sent to a prisoner of war camp at Langensalza, in Germany, where he died of pneumonia on 11 October 1918. Charles was buried in the camp cemetery after a military funeral, and later his body was moved to Niederzwehren Cemetery, grave VI.L.17. His parents did not hear of his death until 4 January 1919 when the prison chaplain, himself a prisoner of war, wrote to tell them the news. Charles is remembered on Oakham's war memorial.

Contrary to what has been stated above, ALL of the Beavers on this site were related, albeit distantly. Having conducted my family history, I can assert that Private Charles Thomas Beaver (number 15343) was indeed a distant relative of mine.
By Derbyshirelad on Tuesday 17th June '14 at 2:59pm
Charles Thomas was born on 5th Jan 1899, 2nd of 4 children. His 2 sisters and brother went on to marry and have children.
By Dadobungo on Monday 20th October '14 at 8:26pm
4 images

Some pictures of Mr Beaver's headstone, taken 22 February 2015.
By John Stokes on Sunday 22nd February '15 at 6:31pm
A Rutlander, living in Belgium
Thank you to John Stokes for the photographs of my kinsman's headstone and grave. I am in contact with Private Beaver's nephew, and will show him the photographs. RegardsShane Beaver
By Derbyshirelad on Tuesday 24th February '15 at 2:17pm

I’m a grandson of Edith O’Brien, Charles’ little sister. I remember Nan telling me the story of how her brother went off to war and never came back. She still had the large medal, like a huge coin, which her parents received after the war.She never knew what had become of him or were he was buried.Every November we went to the remembrance service at All Saints. John Stokes, thank you so much for sharing the photo of great uncle Charlie’s grave. I did not expect to see that and it’s moved me more than you can know. Nan would have shed a tear or two too.One small correction to the information above: Charles was imprisoned, died and was buried at Langansalz but was exhumed and reburied at Niederzwehren. I’ve attached a copy of the record. Rest in peace uncle Charlie, but may your memory live on in the hope that war will one day be history.
By andobrien on Saturday 10th November '18 at 11:39pm