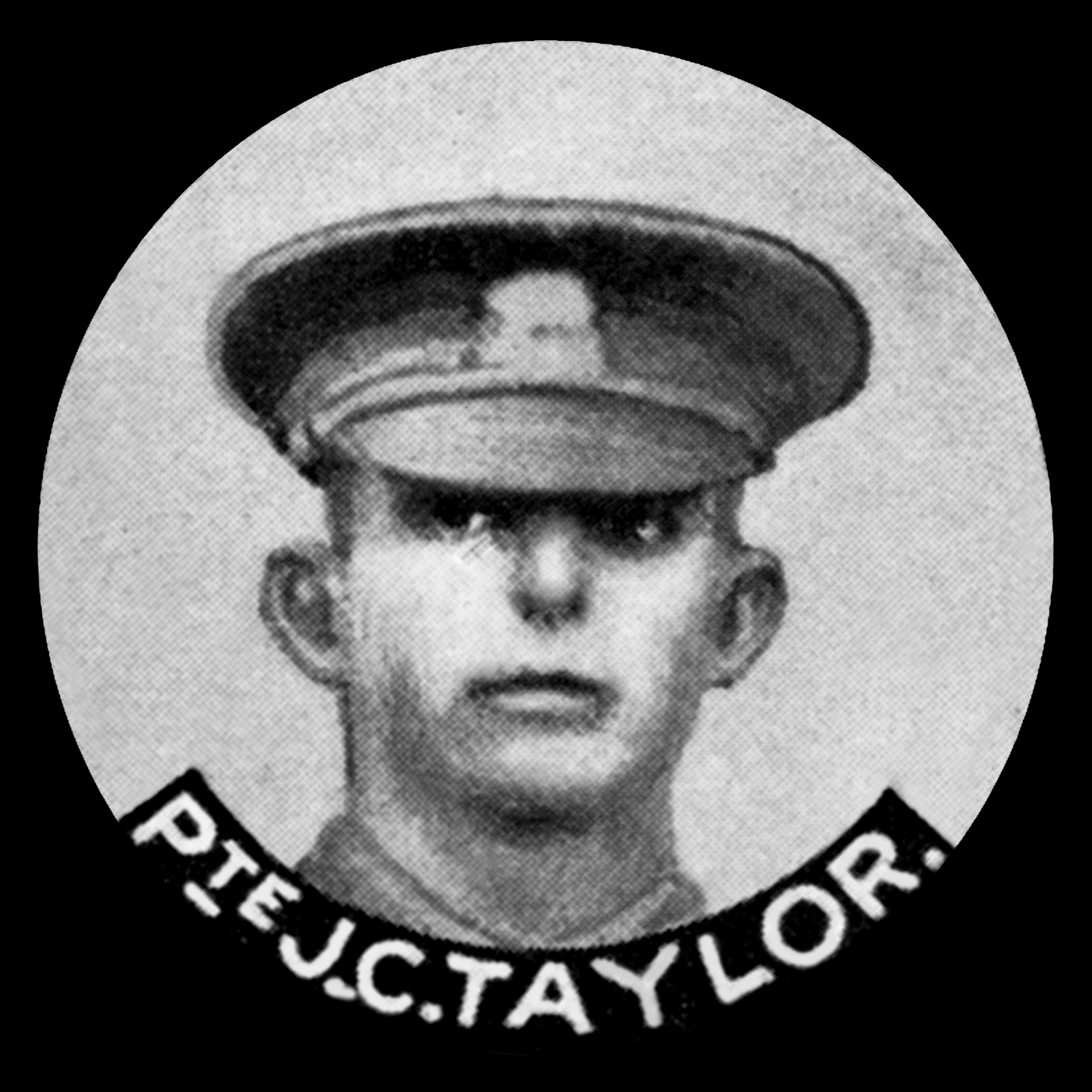 John Charles Taylor was born at Oakham on 2 July 1893 the son of Annie. His father died when he was very young and Annie remarried John Rawlings. John had three sisters and seven half brothers and sisters. He worked on the Midland railway as a platelayer and joined the 9th Battalion Leicestershire Regiment on 8 August 1914, just four days after war was declared. He went to France on 30 July 1915 and was killed by a shell near Bazentin-le-Petit Wood almost exactly a year later on 14 July 1916 during the Battle of the Somme. It was just 12 days after his 23rd birthday. George Phillips wrote: "The Leicesters distinguished themselves by carrying the wood against intense machine gun fire, which proved that the British soldier never fights better than in his first engagement; for this was the first action in which the 9th Battalion took part." John has no known grave and is remembered on Pier 3A of the Thiepval Memorial and also on Oakham's war memorial.