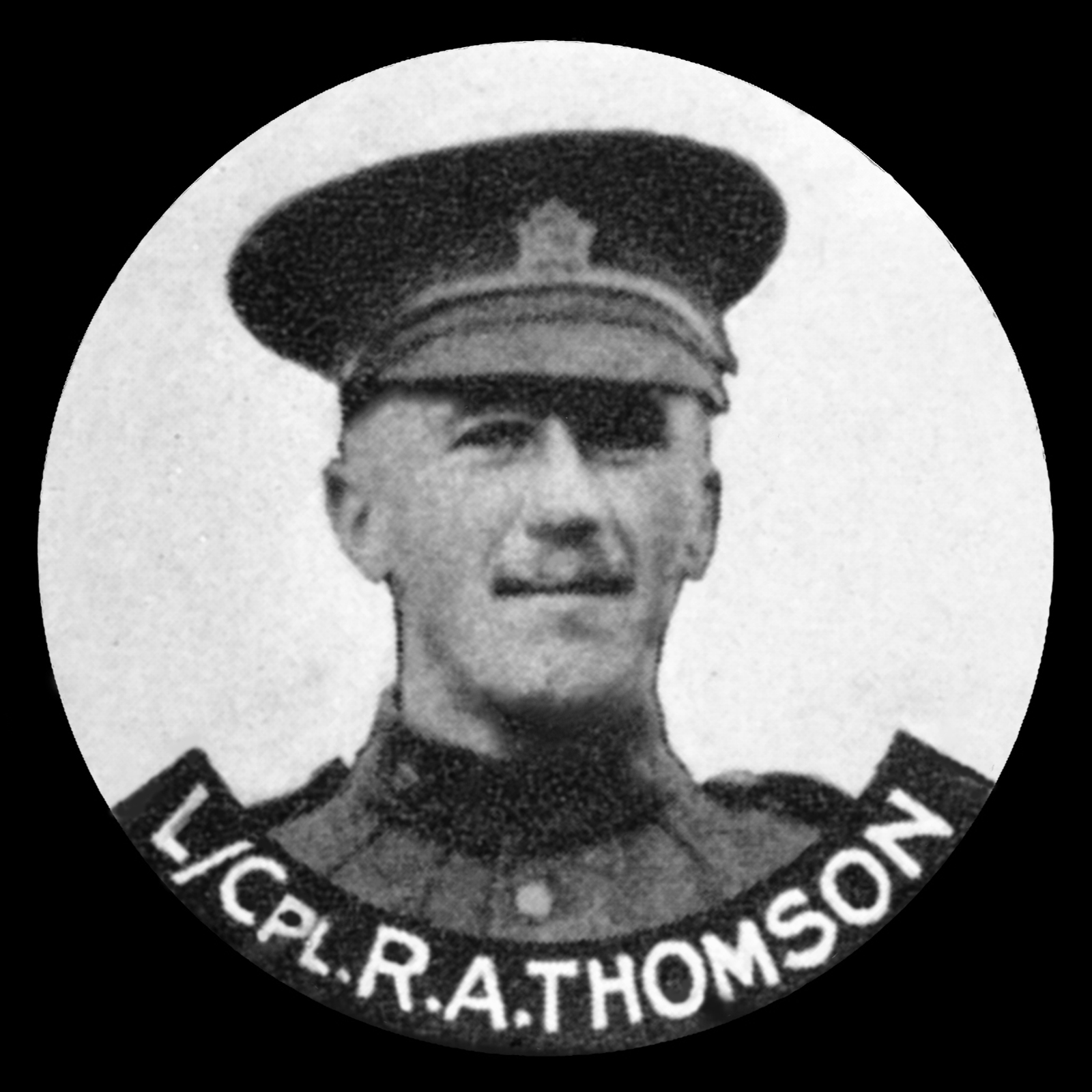 Lance Corporal Rupert Archer Thomson of the 3rd Battalion Canadian Infantry, was the son of the Reverend Michael and Katherine Thomson of Thistleton Rectory, where he was born on the 23 January 1888, one of ten children. His father served as the vicar of Thistleton for more than thirty years, yet there is no war memorial in the church, and therefore no recognition of Rupert in the village. Three of Rupert's brothers, George, Samuel and William, all served during the First World War and all survived. Rupert went to Emmanuel School in Wandsworth in London and then emigrated to Canada where he became an accountant. He attested for the Canadian Expeditionary Force in September 1914, describing himself as a prospector, and first enlisted in the 9th Canadian Battalion, transferring later into the 3rd. He went over to France and served on the Western Front until 17 June 1915 "when he was killed in the charge at Givenchy, a bullet entering his forehead." He was said to have been buried in a cemetery six hundred yards from where he fell. But his grave no longer survives and he is now remembered on the Vimy Memorial.