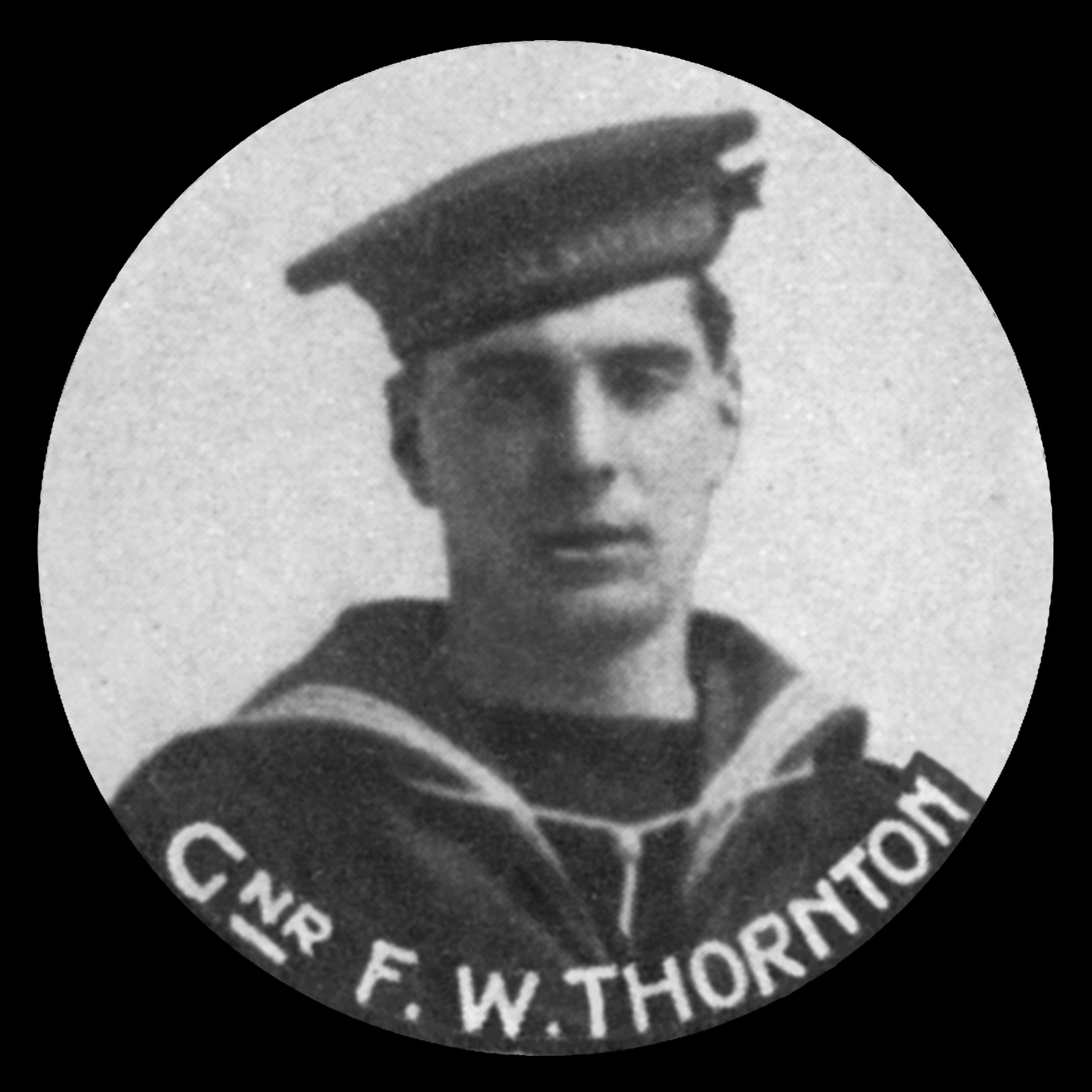 Frederick William Thornton and his younger brother Lieutenant Frank Cecil Thornton both died in the First World War. They were the sons of George and Emily Thornton who lived at Bromley House, South Street, Oakham before they moved to Melton Mowbray. Fred was 17 years old when he joined the Royal Navy Volunteer Reserve at the Crystal Palace, Sydenham, in November 1915. George Phillips in Rutland and the Great War says he joined up "with other Oakham boys" but we do not know who they were. Phillips says he served in the ADMS, which we think may actually have been the part of the Royal Navy known as DAMS, standing for Defensively Armed Merchant Ships, where he became a first-class Gunner on SS Hellenes. Fred made many journeys to America and Italy, and on two occasions helped defend his ship against submarines in the Atlantic. He became a victim of the great 'flu epidemic of 1918 and died of pneumonia on 2 October 1918, at Mill Road Infirmary, Liverpool. Fred was buried in Anfield Cemetery with full military honours. His grave is V.C.56 and his name is also on the Screen Wall (South). Fred and Frank are also remembered on Oakham's war memorial.