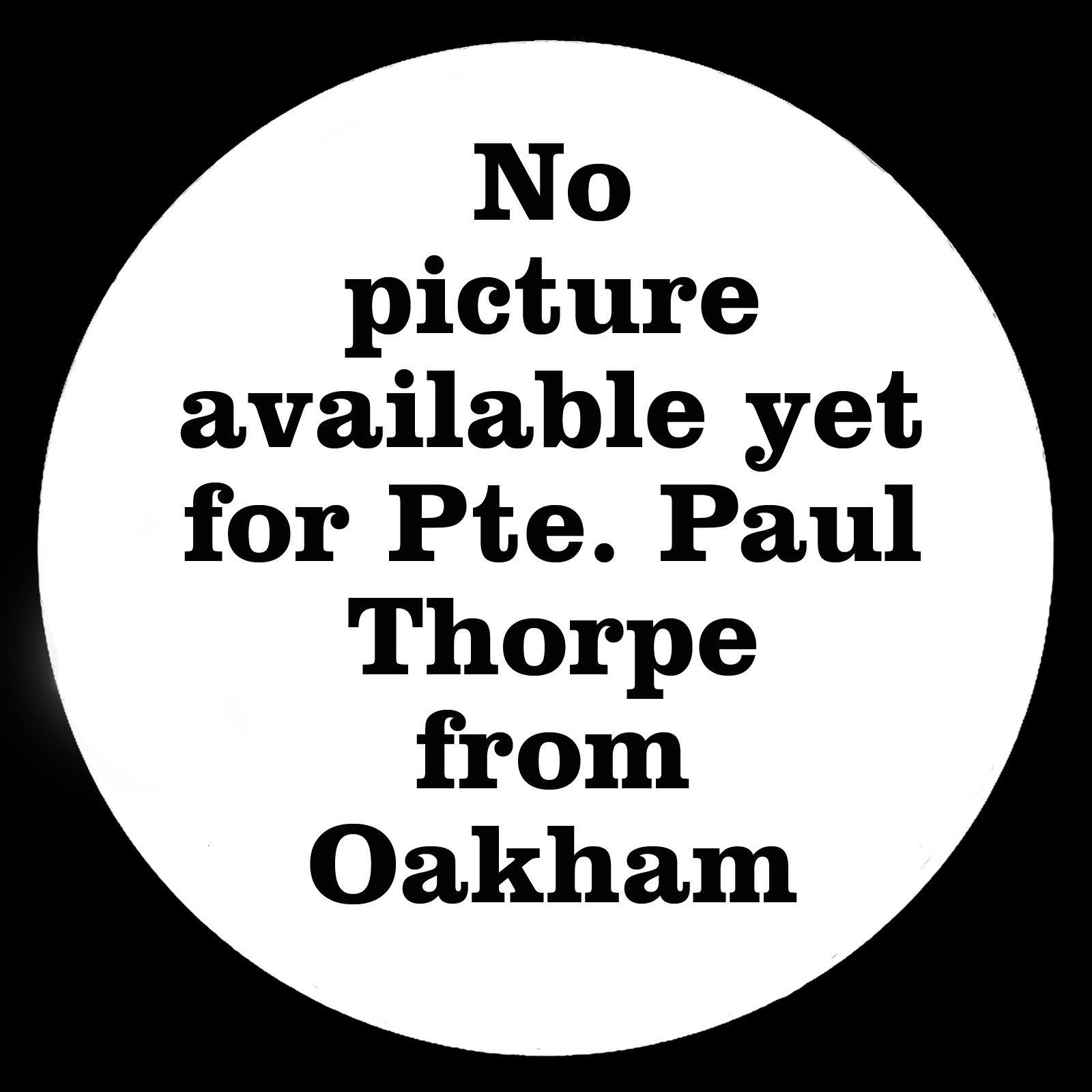 Paul Thorpe was 35 and before joining the army lived with his wife Minnie and four children at 23, John Street, Oakham. He was the second son of Charles and Fanny Thorpe, and was born in Manton in March 1881. His parents later moved to Braunston Gate House in Oakham around 1901. He was employed in the shoe trade and joined up in October 1915. Paul served with the 2nd Battalion Leicestershire Regiment, joining them in Mesopotamia [Iraq] in May 1916. The battalion was part of Tigris Corps which had made an unsuccessful attempt to relieve a besieged British force at Kut-el-Samarrah, south of Baghdad. Paul died from dysentery and heat stroke in No. 32 General Hospital, Amara, just three months after arriving in Iraq in the height of the summer. In a letter to his widow, one of the nursing sisters wrote: "He often mentioned you and the dear children, and we were so hoping to be able to send him home to you again. It seems so terrible our men dying so far from all their loved ones. They certainly are doing their bit for their country, and I admire all you brave women who spare your men." Paul is buried in Amara War Cemetery, grave IX.B.10, although he no longer has a headstone due to the ground conditions there. Instead he is commemorated on a screen wall at the cemetery. He is also remembered on Oakham's war memorial. At the time of his death his children were Daisy aged 9, Lily aged 8, and Charles aged 7. His fourth chilld was born after the 1911 census so we do not know her age. Paul's widow Minnie later lived at 9, Simper Street, Oakham.