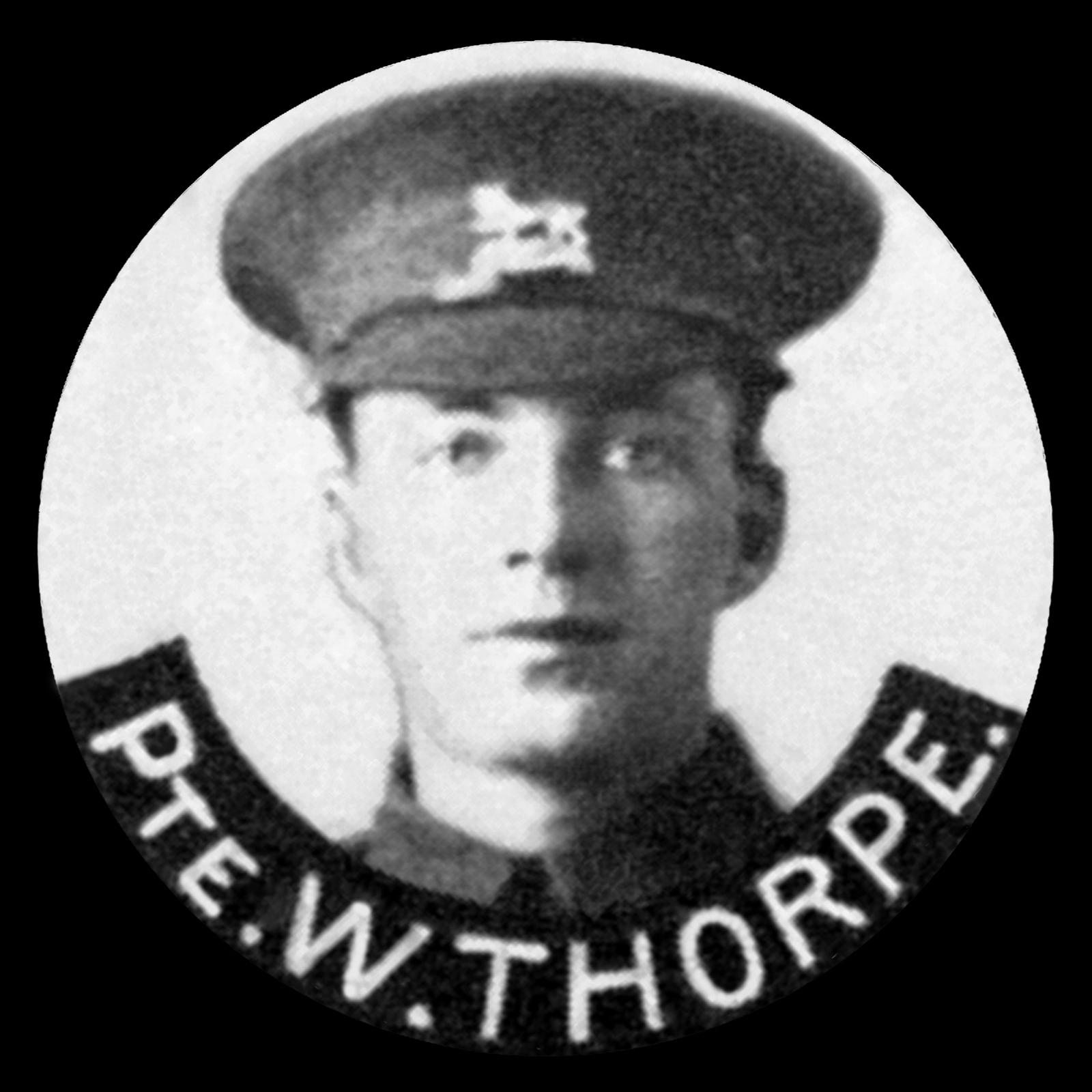 William Thorpe was born in Langham on 27 May 1894. He and his sister Dora, who was two years younger than him, were brought up by their grandmother Ellen Thorpe. Before the war William was a baker for Edwin Mantle in Langham. He joined up on 2 December 1915. William went to France on 5 June 1916 with the 11th Battalion Royal Sussex Regiment. He was reported missing from 21 October during the Battle of the Somme and later presumed to have died that day. William has no known grave and is remembered on Pier 7C of the Thiepval Memorial and also on the war memorial at Langham. He was 22 years old.