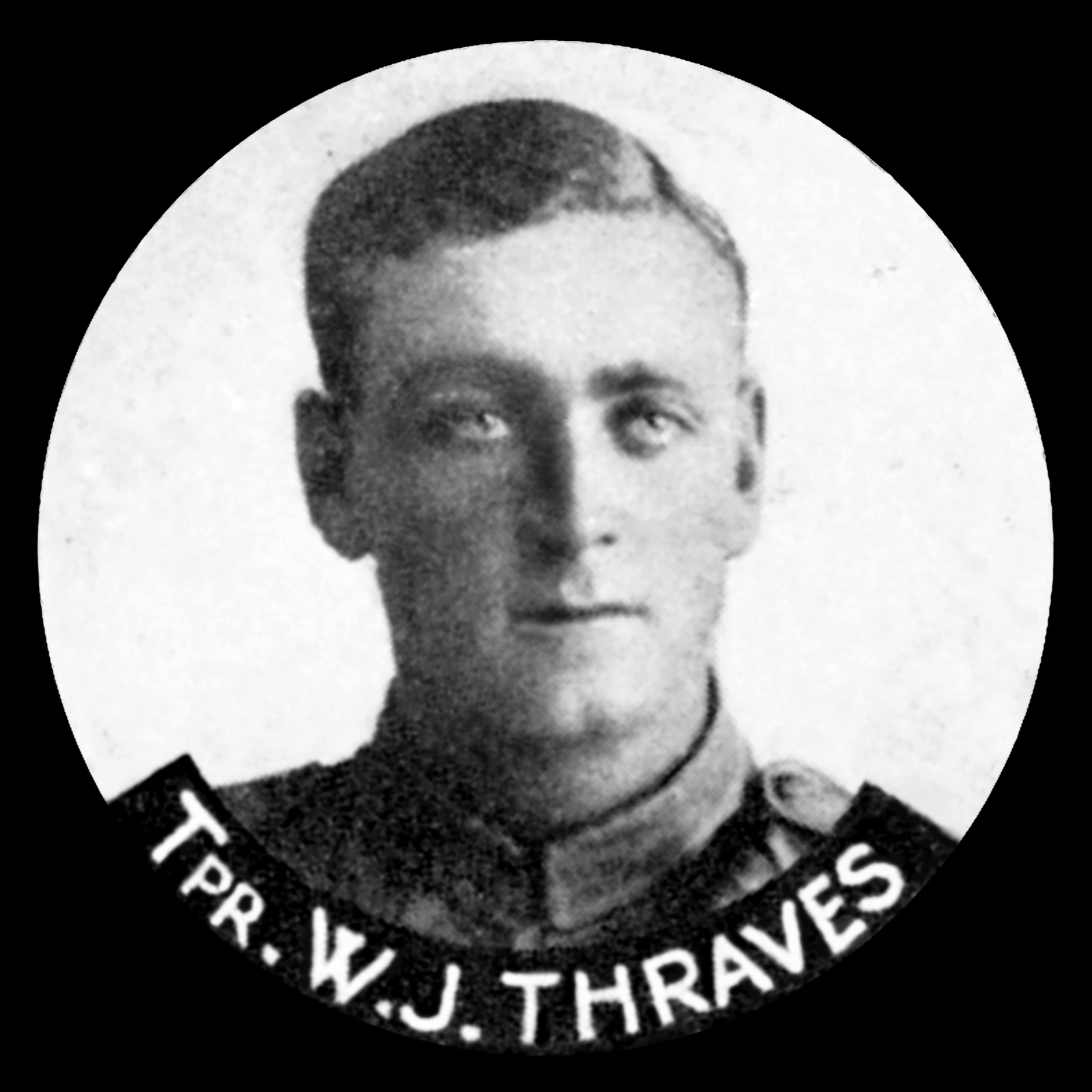 William Joseph Thraves was born on 6 December 1890, the son of Joseph Thraves, of Manor House, Stretton. He enlisted in Stafford in the 1/1st Staffordshire Yeomanry, and went out with the Egyptian Expeditionary Force, taking part in fighting in Syria. He died of malaria on 22 October 1918 on the hospital ship Dunbar Castle at Beirut and was buried at sea. His Commanding Officer wrote: "He was my troop Sergeant, and a nicer and kinder man I have never met. He was very much liked by his men, and I had the highest confidence in him; it is a great loss to me, apart from military duties. During the last operations his cheerfulness under, at times, very trying conditions, was a fine example to all who were associated with him. It is such splendid fellows as these that have enabled us to bring this war to such a victorious conclusion." William, who left a widow, Rosa, is remembered on the Alexandria (Chatby) Memorial in Egypt, but also in Stretton church, and on a family grave in Stretton churchyard.