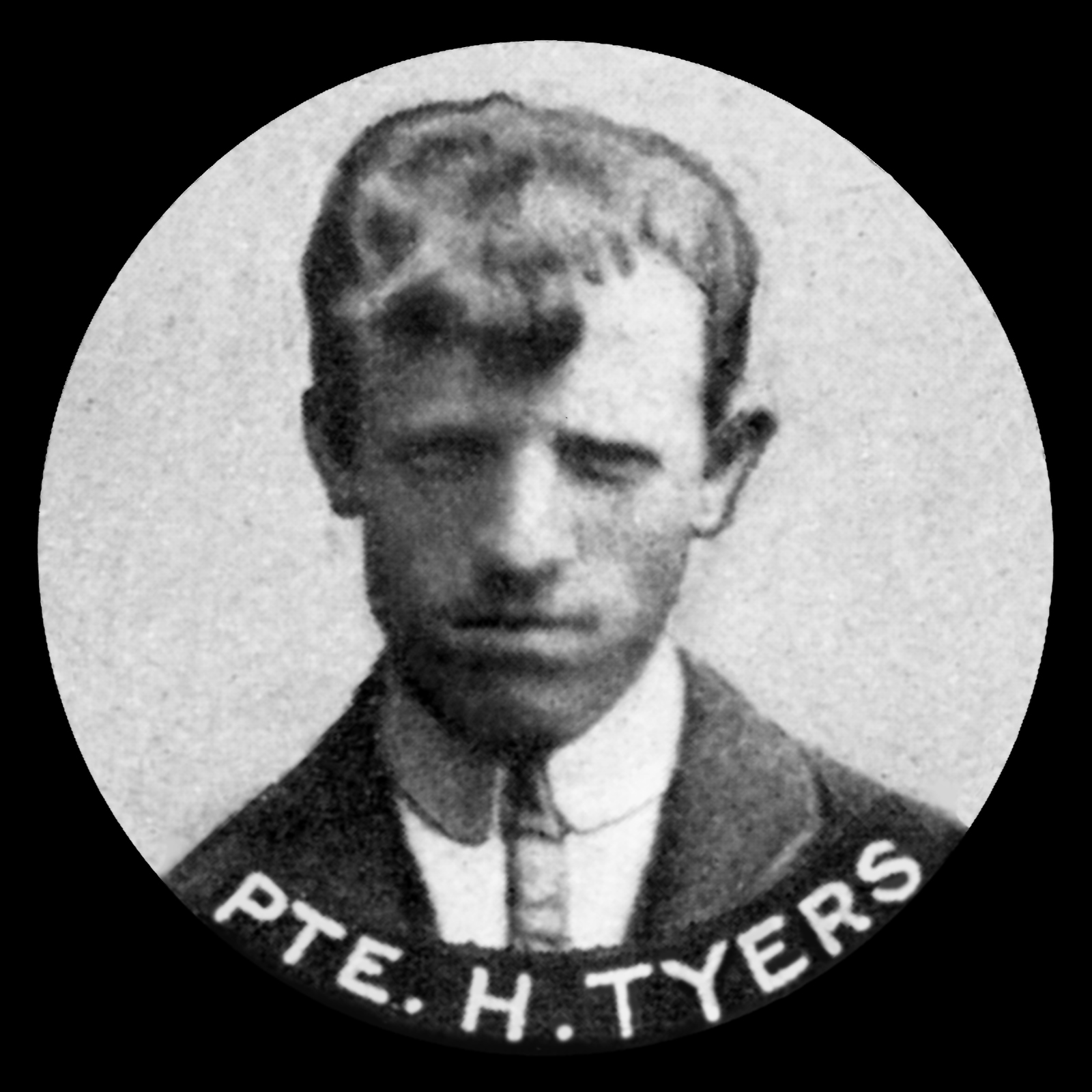 Harry Tyers from Uppingham was killed on his 22nd birthday during the Battle of the Somme. He was born at Uppingham on the 17 September 1894 and died at Thiepval Wood on 17 September 1916. He was the son of Horace and Mary Tyers and lived with his eight brothers and sisters at 1 Hills Cottages, Adderley Street in Uppingham. He was a farm labourer before the war and joined the army on 14 March 1916. He went out to the Western Front four months later on 27 July with the 1st/5th Battalion Durham Light Infantry in which another Rutland soldier also served, Charles Bennington. His battalion went into action on 15 September as part of the push to capture Flers and Courcellette. The following day Harry's battalion was ordered to attack German trenches known as Prue and Starfish to the east of Martinpuich, an attack which carried on into 17 September. The battalion war diary records: "A good proportion of casualties were suffered from machine gun fire and snipers." It went on to say: "No satisfactory information could be obtained of the situation but by 12 noon on the 17th it was decided that enemy still held most of Prue and part of the Crescent. A patrol was pushed up Starfish but was bombed back." Sometime during this action Harry was killed. He has no known grave and is remembered on Pier 14A of the Thiepval Memorial and on Uppingham's war memorial. His elder brother Fred also served and survived the war.