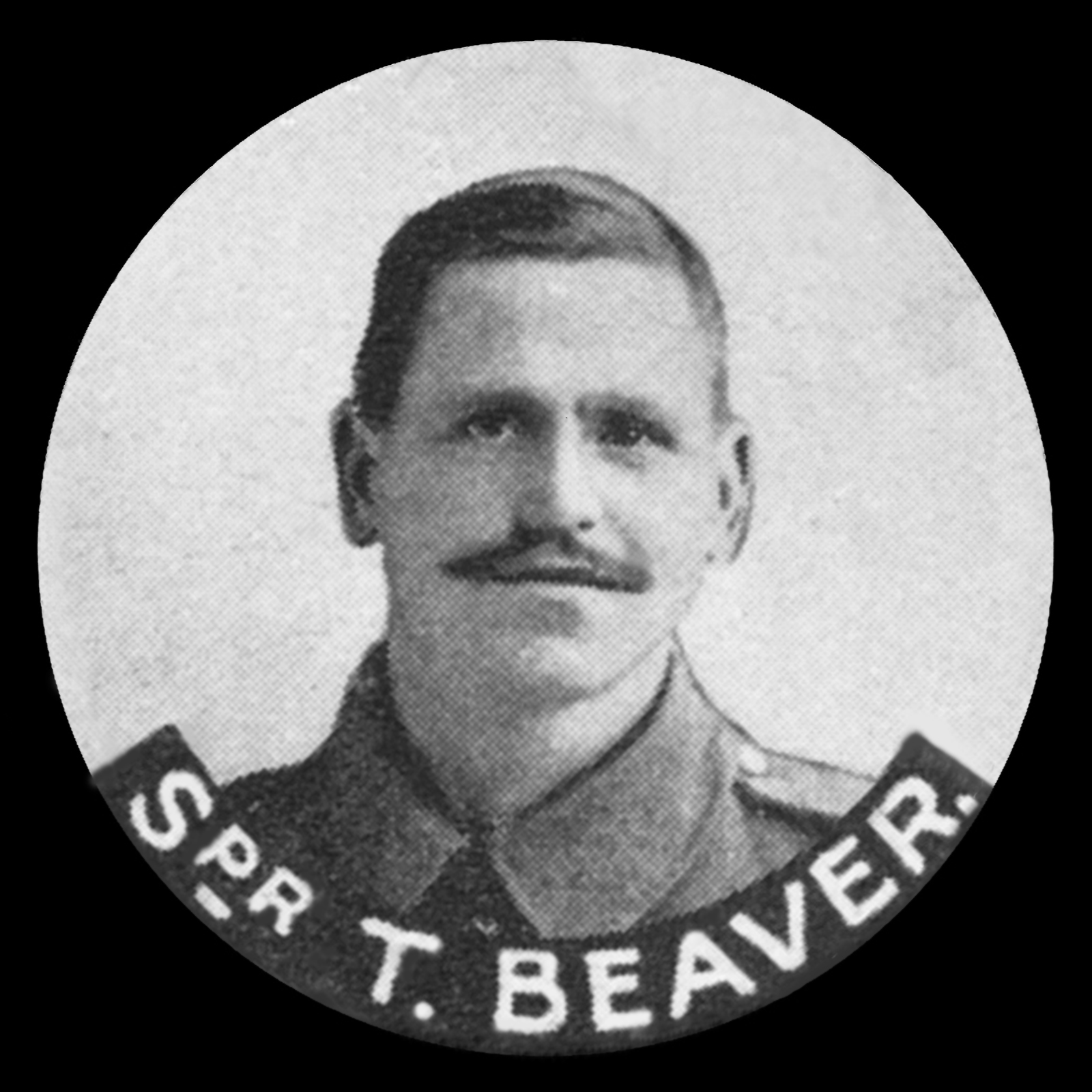 Sapper Thomas Beaver worked as a blacksmith before joining the Royal Engineers on 6 January 1915. He and his twin brother Harry were born in Lowersby in Leicestershire, the sons of Jane and Elizabeth Beaver. Thomas married his wife Mary in Wing on 14 March 1910 and the couple moved to Gas Street in Oakham. They had three children, Beatrice, Meta and Thomas Jnr. Beatrice was 6 when her father died, Thomas Jnr just 2. Thomas went out to France on 28 September 1915 and  took part in the Battle of the Somme the following year, serving with 130th Field Company. The war diary does not give exact details as to where he was injured, but it is assumed that it was in the Aveluy area on the Somme on the 10th October, when more than 20 officers and men were wounded in fighting.  Thomas died on 29 October 1916, at Etaples, where many of those injured on the Somme were taken to be treated for wounds in one of the numerous hospitals in the area. He was buried at Etaples Military Cemetery, grave VIII.E.13, and is remembered on the war memorial in Oakham.

A picture of Mr Beaver's headstone
By John Stokes on Tuesday 20th September '16 at 5:00am
A Rutlander, living in Belgium
Sapper Thomas Beaver was my great grandfather,we did not get a chance to meet you.Beatrice May was my grandmother but she liked to be known as May,my mother was her eldest child Pauline.i am one of seven my brother Richard died at 3 months so there are still 6 of us living in Wales cos thats is where we were all born.i known you cannt read this but just in case.this is a brief history.Babs above is my youngest sister .All our love is sent to you and thank you for your sacrefice sorry about the spelling
By sue on Thursday 15th November '18 at 11:59am