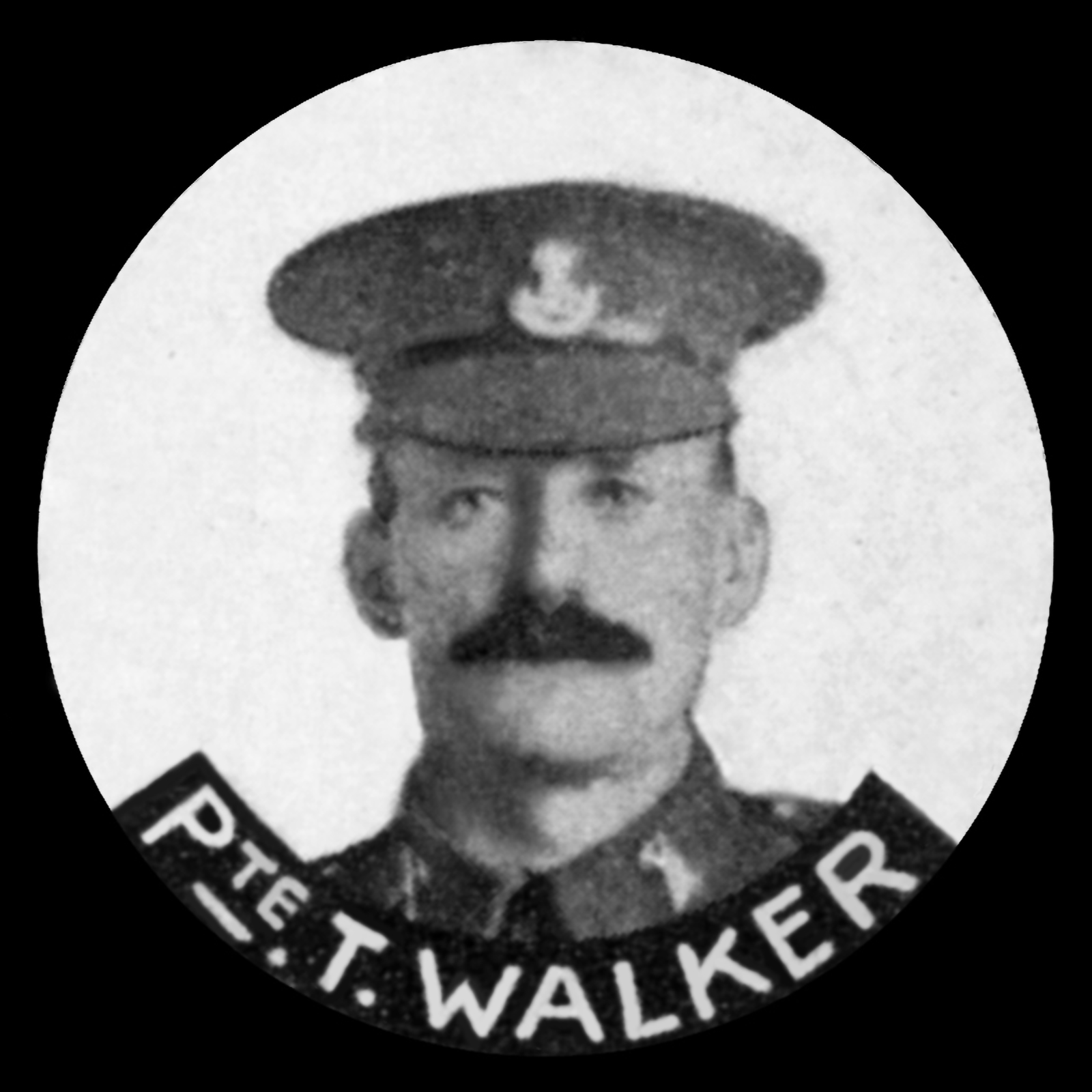 Thomas Walker was born at Lyddington on 31 October 1876, the son of Elizabeth Walker. Before the war he was working as a hotel porter in Birmingham. He enlisted in the 15th Battalion Durham Light Infantry in 1915 and went out to France in August 1916. He died just a few weeks later. He was killed aged 39 in an attack on a German strongpoint, known as the Gird Trench, during the Battle on the Somme, on 16 September 1916, when his battalion suffered very heavy losses from enemy machine gun fire. Thomas has no known grave and is remembered on Pier 14A of the Thiepval Memorial in France and also on Lyddington's war memorial.