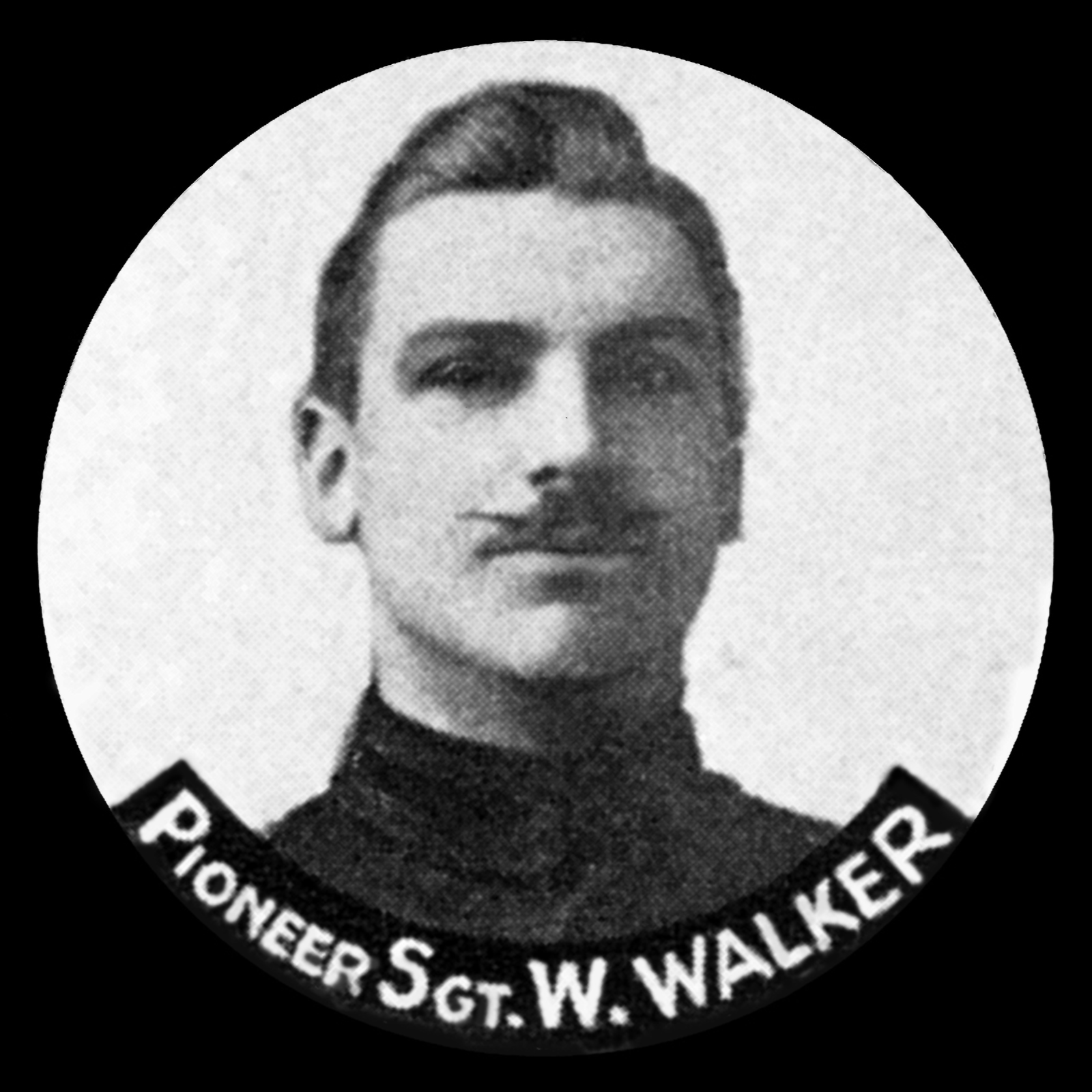 Sergeant William Walker of the 1st Rifle Brigade was a professional soldier. He was born in Empingham on 9 November 1889 and brought up by his uncle, John Pateman, and his wife. A carpenter by trade, he joined the Rifle Brigade on 12 November 1906. William was awarded the Third Class Certificate of Education in December 1906, and also gained a First at the School of Military Engineering in February 1910. He was promoted to Pioneer Sergeant the same year. He fought in France from August 1914 until November 1915, when he was injured and sent to Netley Military Hospital in Hampshire. He was discharged in March 1916, and died at home in Empingham on 2 July. He is buried in Empingham Churchyard and remembered on the village war memorial.