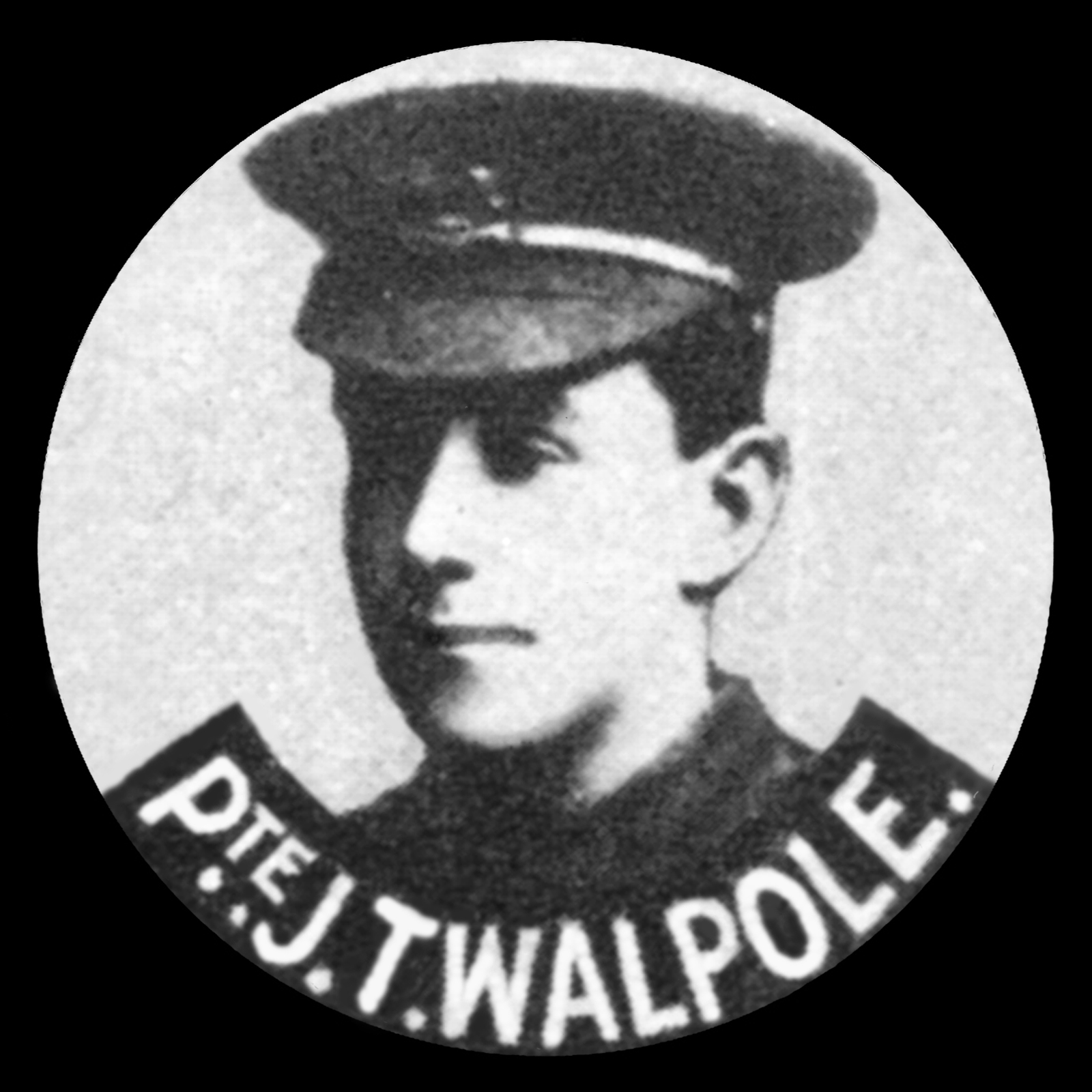 John Thomas Walpole was born in Aldgate, Ketton on 17 December 1895, the son of John and Margaret Walpole. He was a gardener and a member of the Territorial Force, which he had joined in May 1914, a few weeks before the First World War broke out in August. John went out to France on 25 February 1915 with the 1st/5th Battalion Leicestershire Regiment. He was killed by a bullet in the fighting for the Hohenzollern Redoubt during the Battle of Loos on 13 October 1915. His Commanding Officer wrote to his parents: "He was always ready to do anything wanted of him. He died the death of a true soldier, and his devotion to duty was splendid." His parents also received a letter of sympathy from the members of the Northwick Lodge of Oddfellows, of which John was a member. He was 19 years old and with no known grave he is remembered on panel 44 of the Loos Memorial in northern France. He is not remembered on the war memorial outside the church in Ketton, but is remembered on the scroll of the Fallen which is placed inside the church.