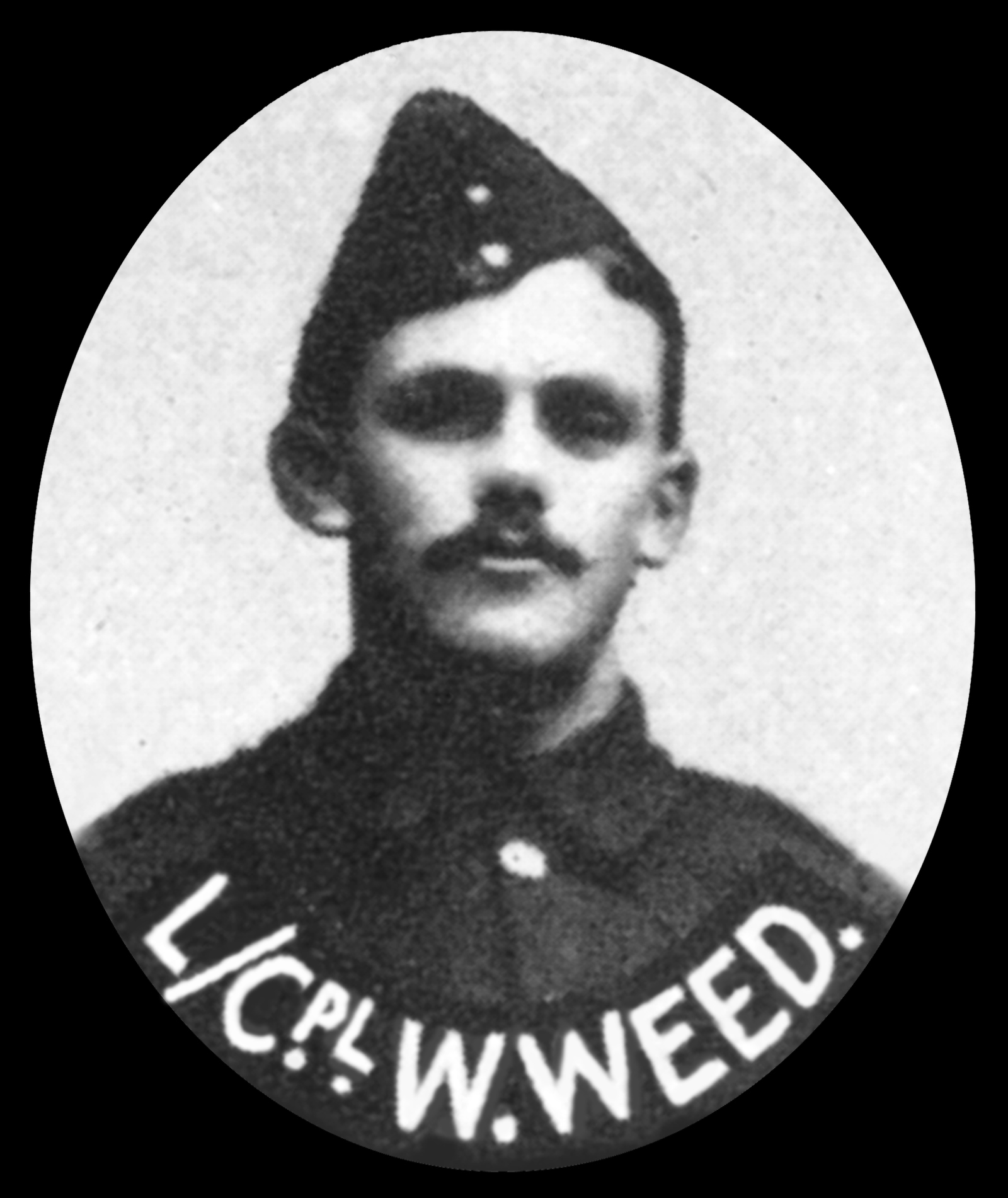 William Weed was the son of William and Charlotte Weed who lived at Ketton. William Jnr was born at Sutton Bridge in Leicestershire on 15 June 1891. He was an expert gardener and a Fellow of the Horticultural Society. He had worked with his father in the gardens at the Priory, Ketton, before moving to work at Llanfair, Anglesey where he was at the time the First World War broke out. He joined the 13th Battalion Royal Welsh Fusiliers on 4 November 1914 and was promoted to Lance Corporal in February 1915. He went out to France on 1 December 1915, and was killed in the Battle of the Somme. The Fusiliers, part of 113th Brigade, 38th (Welsh) Division, were ordered to capture Mametz Wood on 10 July which needed to be cleared before a much larger British offensive in a few days time. Two attempts had been made already by the time the Fusiliers crossed the open ground of Caterpillar Valley and despite heavy casualties, managed to fight their way into the wood. The battalion war diary states how the brigade attacked in eight waves, each battalion in a 100 yard line, the first wave forming up at White Trench, south of the wood. According to George Phillips in Rutland and the Great War, William was killed by a shell explosion. He also has this colourful description of the action: "The Royal Welsh Fusiliers did that day deeds that covered them with undying glory. Before going into action they sang a hymn in Welsh, upon which the Colonel addressed them, saying: "Boys, make your peace with God! We are going to take that position, and some of us won't come back. But we are going to take it." Tying his handkerchief to his stick, he added, "This will show you where I am." He was hit as he waved them on with his impromptu flag; but he rose, advanced, was hit again, and fell dead. At 6.30 that evening the south end of the wood had been cleared, and the Welshmen, flushed with success, were swarming out at the central ride." Lance Corporal Weed was a member of the Church of England's Men's Society and the Llanfair members sent his parents an illuminated memorial card. His Commanding Officer wrote to his parents and said: "He was an excellent soldier and fought as such. In your sorrow you have one consolation, your soldier son died fighting for his country in history's greatest war." A fellow soldier added: "He was a hero, a silent hero, one of those who have paved the way to the British victory." William was 25 years old. He is buried at Tincourt New British Cemetery, grave VI.E.25, and is remembered on Ketton's war memorial.

The grave of Mr Weed
By John Stokes on Wednesday 12th November '14 at 2:30pm
A Rutlander, living in Belgium