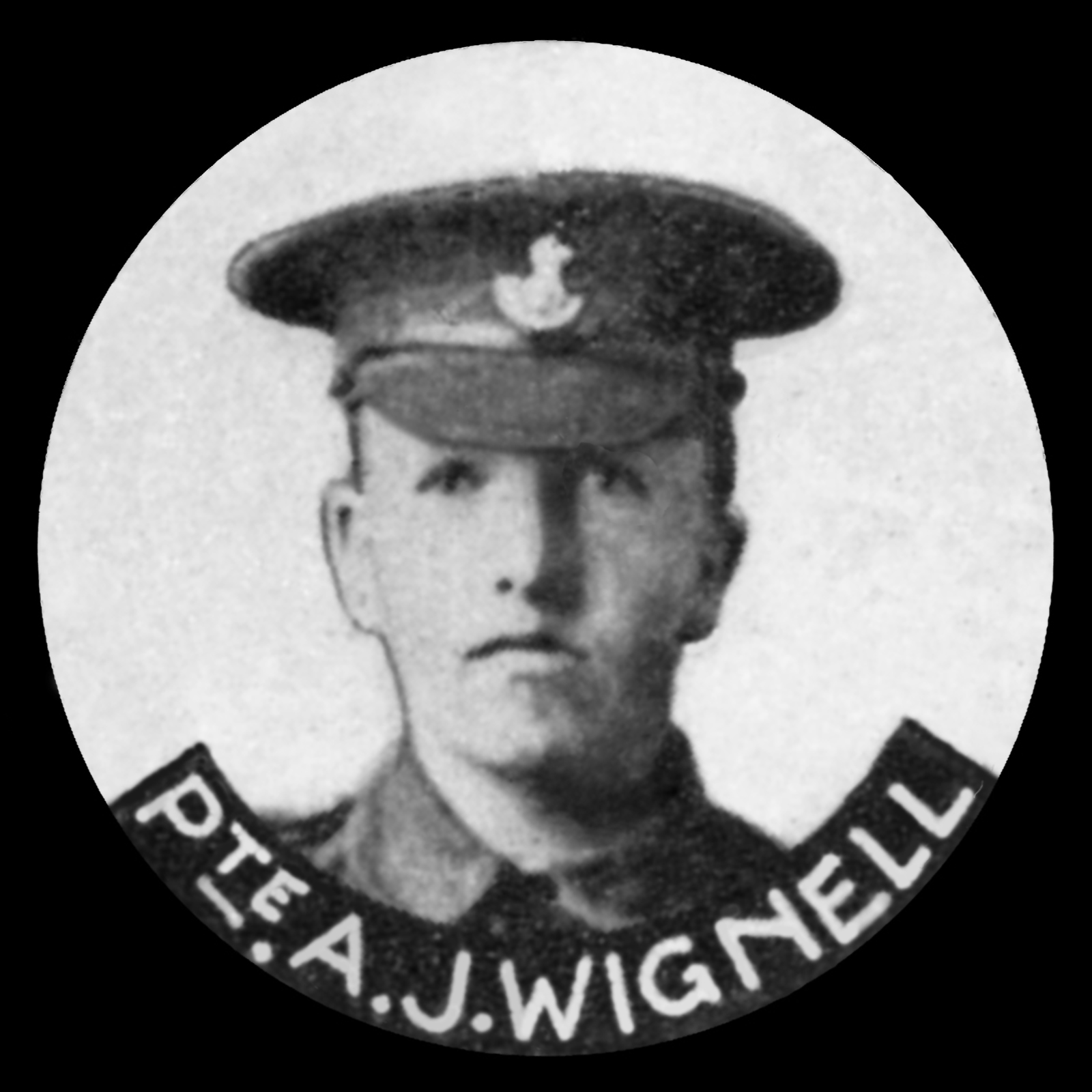 Arthur Joseph Wignell was born on 1 December 1894, the son of John and Eliza Wignell of Caldecott. He was working on his father's farm before enlisting on 13 March 1916 in the 25th Battalion Durham Light Infantry. He was training at Retford and came home on draft leave about the end of June 1916 expecting to go to France early in July, but had a serious cycling accident. He was picked up unconscious, and taken to the Voluntary Aid Detachment hospital in Uppingham, where he remained for six weeks. When discharged he was sent to Catterick Camp, Yorkshire. He went to France on 13 October 1916 but became ill with diphtheria near Béthune about 23 November and was taken to hospital at Étaples. He was invalided home to England, where he arrived on 1 January 1917, and was treated at Wallasey Hospital and then at Blackpool Convalescent Home. He recovered and went out to France again on 16 May and was wounded a month later in the arm and leg on 16 June. When he had recovered, he went back into the trenches, around the middle of August, attached to the 12th Field Company, Royal Engineers based at Hill 70 near Loos. Arthur was killed by a shell in a trench between Lens and Loos, on 8 September 1917, and was buried in Philosophe British Cemetery, grave I.V.25. Another of Caldecott's men, Fred Chambers, is buried in the row in front of him, having been killed by a shell three weeks earlier. Arthur and Fred are also remembered on Caldecott's war memorial.