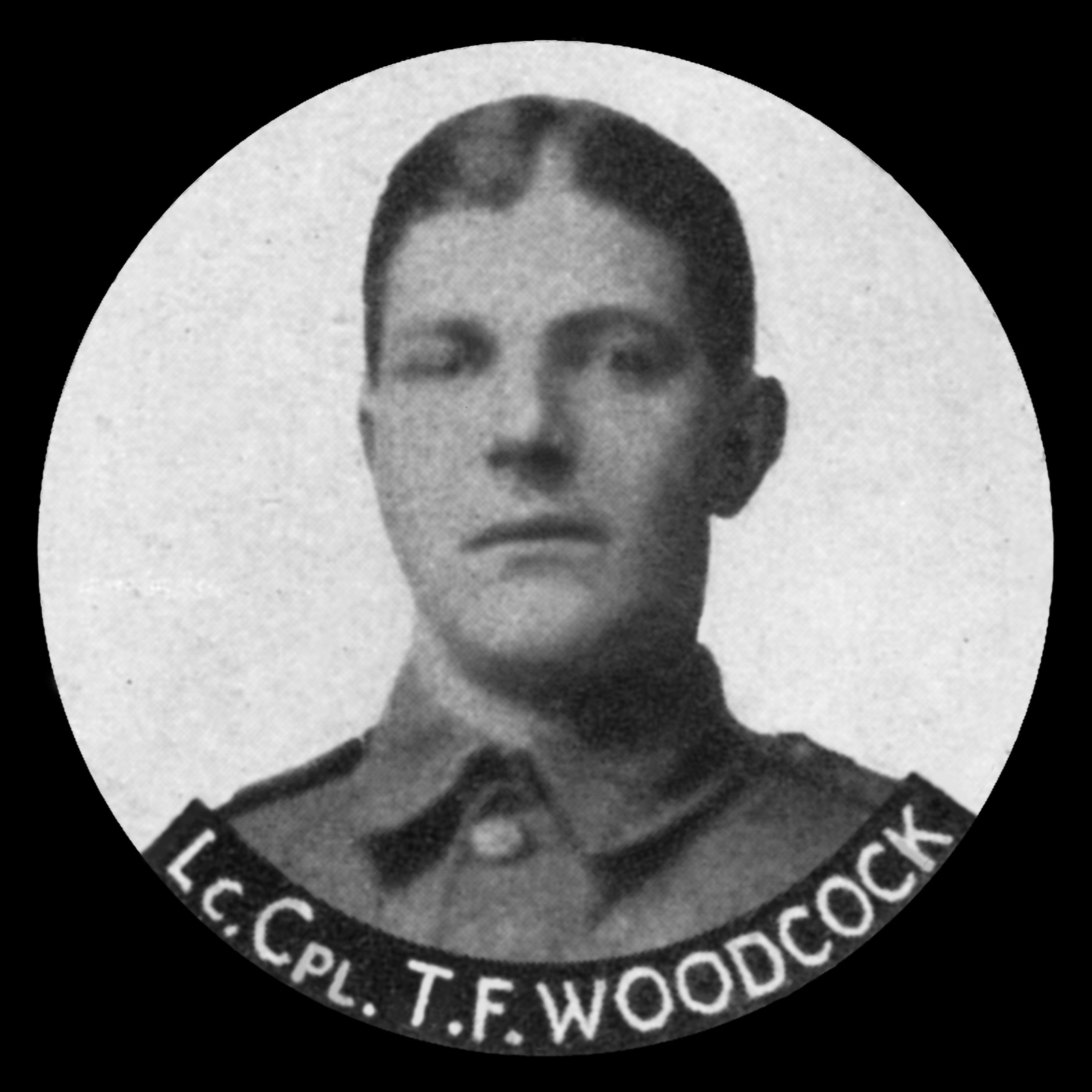 Thomas Frederick Woodcock was the younger brother of Samuel Woodcock and the cousin of William Woodcock who both died in the First World War. He was among eleven soldiers, including three others from Rutland, who were killed as they were moving up to the line near Lens in August 1917. Thomas was born at Brampton, near Huntington in 1893. He and Sam were the sons of John Matthew Woodcock. The family moved later to 13, Dean Street in Oakham, and the boys would become two of the 14 men from that street who died in the war. Sam was already in the army when war broke out, and Tom was a Territorial who had joined the 5th Battalion Leicestershire Regiment on 12 May 1913. Volunteering to go overseas, he arrived in France with his battalion on 26 February 1915. Thomas fought in the Battle of Loos when the Leicestershires attacked the Hohenzollern Redoubt on 13 October 1915, and later fought on the Somme and at Lens. Captain JD Hills in his book, The Fifth Leicestershire, described how he died: "On the 14th August, after a very happy fortnight at Fouquieres, we moved to the huts at Noyelles, where the special stores for the coming raid were issued. At the same time all the pay books, badges, identity discs and personal kits were handed in, and to each man was issued a small round cardboard disc with a number on it. The following morning we paraded at 10am, and marched through Vermelles to Lone Trench and Tenth Avenue, where we were to wait until it was time to assemble. On the way, "B" Company had a serious disaster. A shell, intended for one of our batteries West of Vermelles, fell on the Company as they were passing the Mansion House Dump. They were marching in fours and had practically a whole platoon wiped out, for eleven were killed and fourteeen wounded." The dead were all buried in the same row at Philosophe British Cemetery. Thomas is in grave I.U.37, next to to Richard Corner of Exton and very close are Fred Chambers of Caldecott and Clarence Ellicott of Oakham. Thomas is remembered on Oakham's war memorial.

Rutland and the Great War states he was killed by a shell on 25 August 1917 near Merville and was buried there.