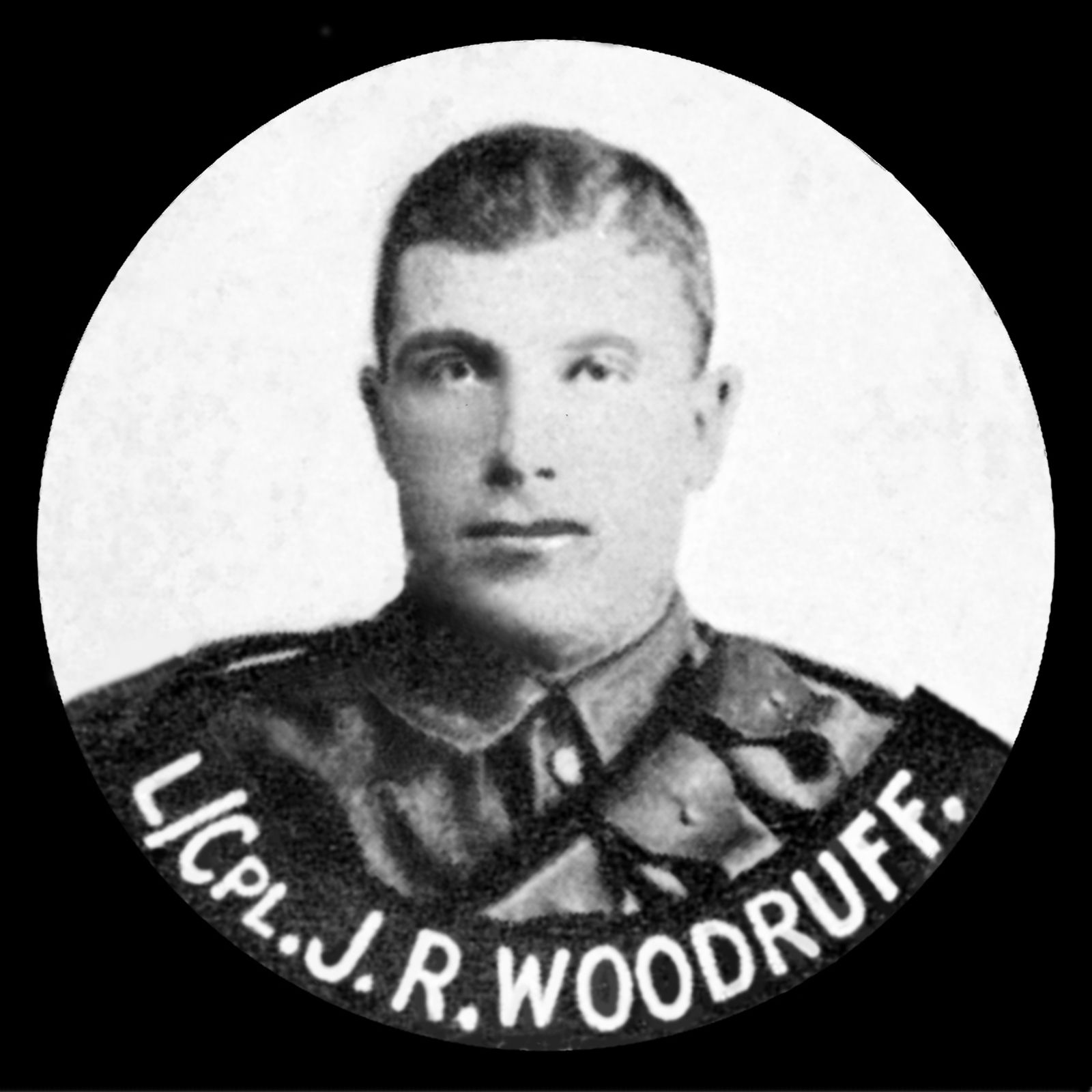 James Roland Woodruff and his brother John George were both killed in the First World War. James was born at Bury near Huntingdon on 2 January 1892, the son of George and Esther Woodruff who lived at Great Casterton. His brother John was two years younger than him. James was a horseman before joining up as a driver in the Army Service Corps on 1 March 1915. He went out to Egypt on 23 June the same year, but died from dysentery and typhoid at Alexandria on 13 February 1916 aged 24. He is buried in Alexandria (Chatby) Military Cemetery, grave E.27, and is remembered on Great Casterton's war memorial and also on a plaque in Little Casterton church which once hung in Toll Bar Methodist Chapel.