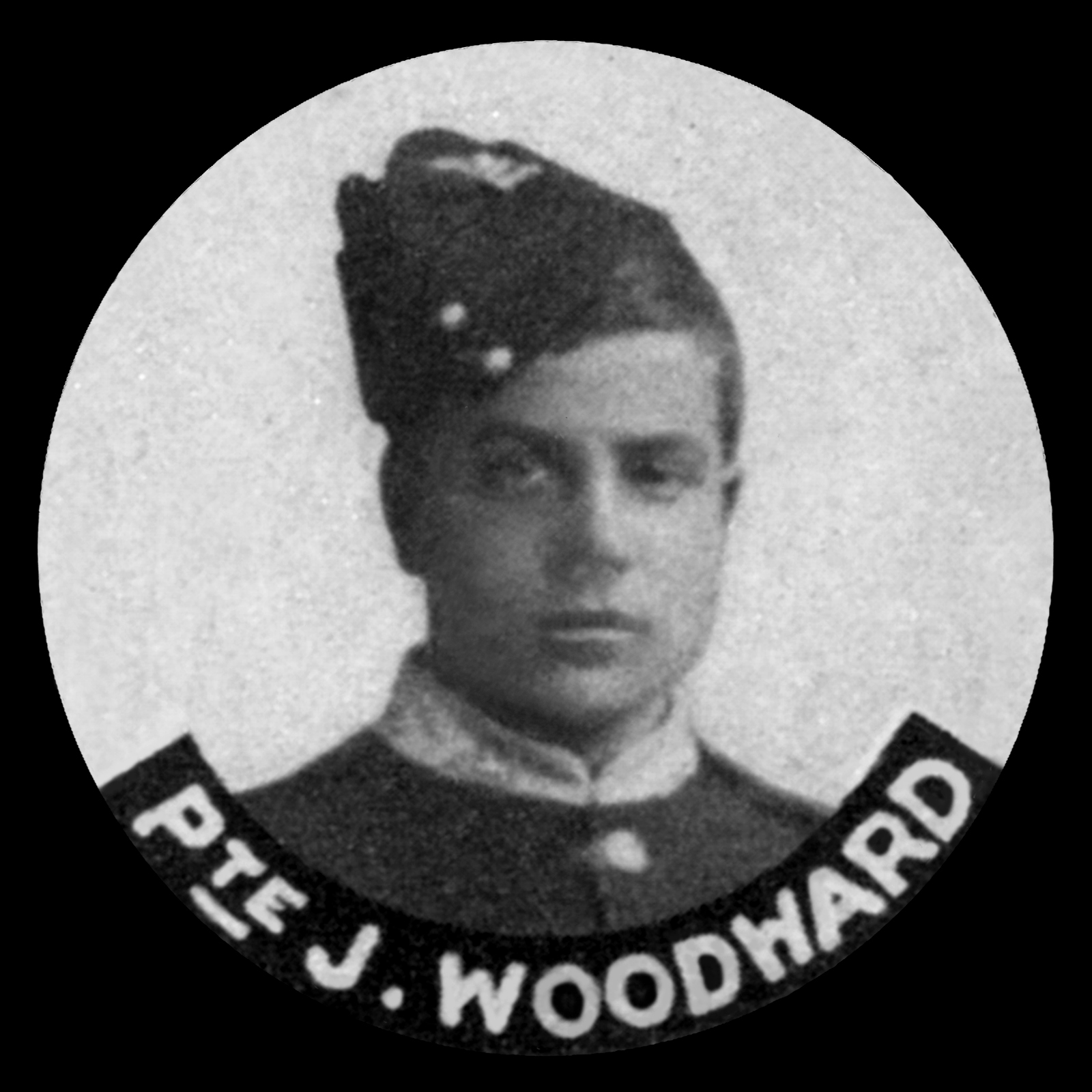 A veteran of the Boer War, Private James Woodward, son of George and Louisa Woodward of Morcott, was 33 years old when he enlisted again and joined the 9th Battalion Leicestershire Regiment on 14 September 1914. He was to die in the same action as another Morcott soldier, Herbert Berridge. In Rutland and the Great War, George Phillips wrote of James: "The splendid patriotic spirit with which he was imbued, caused him to volunteer for service in the South African War, where he put in two years work, receiving the Victoria South African Medal with two bars. He was speedily sent out to France, and took part in all the fighting with the 9th, having several narrow escapes. On one occasion a shell dropped and killed the man in front and the one immediately behind him, only blowing him down. On another occasion a bullet hit his ammunition and knocked two clips out of his bandolier and made a hole in his tunic." He was killed in action during the Battle of the Somme as the Leicestershires attacked a strong German position on 25 September 1916. The 9th Battalion had formed up in front of Gueudecourt in New Trench and Gap Trench the night before. The attack was to be carried out on a two platoon frontage in eight waves, at 250 yard intervals. The battalion war diary reports: "The morning was spent making final preparations for the attack. Enemy shelling not heavy and a few casualties were sustained. Waves formed up in front of trenches. Advance commenced...enemy immediately commenced an extremely intense and deep barrage. First two platoons of D Coy reached Gird Trench but sustained heavy casualties. All Coy officers becoming casualties...Remnants of first two waves of C Coy reached Gird Trench but owing to machine gun fire on the right and the brigade on the right having failed to take Gird Trench, the party were all killed or wounded." The diary says a tank supported by a bombing party eventually cleared Gird Trench and took more than 350 prisoners. George Phillips' account added: "They made a fine advance on the "Gird" system of trenches which connected up with Flers, they pierced it, and made their way beyond it. The 64th Brigade was held up by uncut wire, which they could not penetrate. The result was that the Leicesters, being heavily counterattacked, and having their flanks open, were forced back as far as the Gird Trench, to which they clung. 'He fought to the last,' said one who was near him, and doubtless this was the fight in which he received the bullet which killed him." With no known graves, James and the two others from Morcott are remembered on Panel 3A of the Thiepval Memorial on the Somme and on Morcott's war memorial.