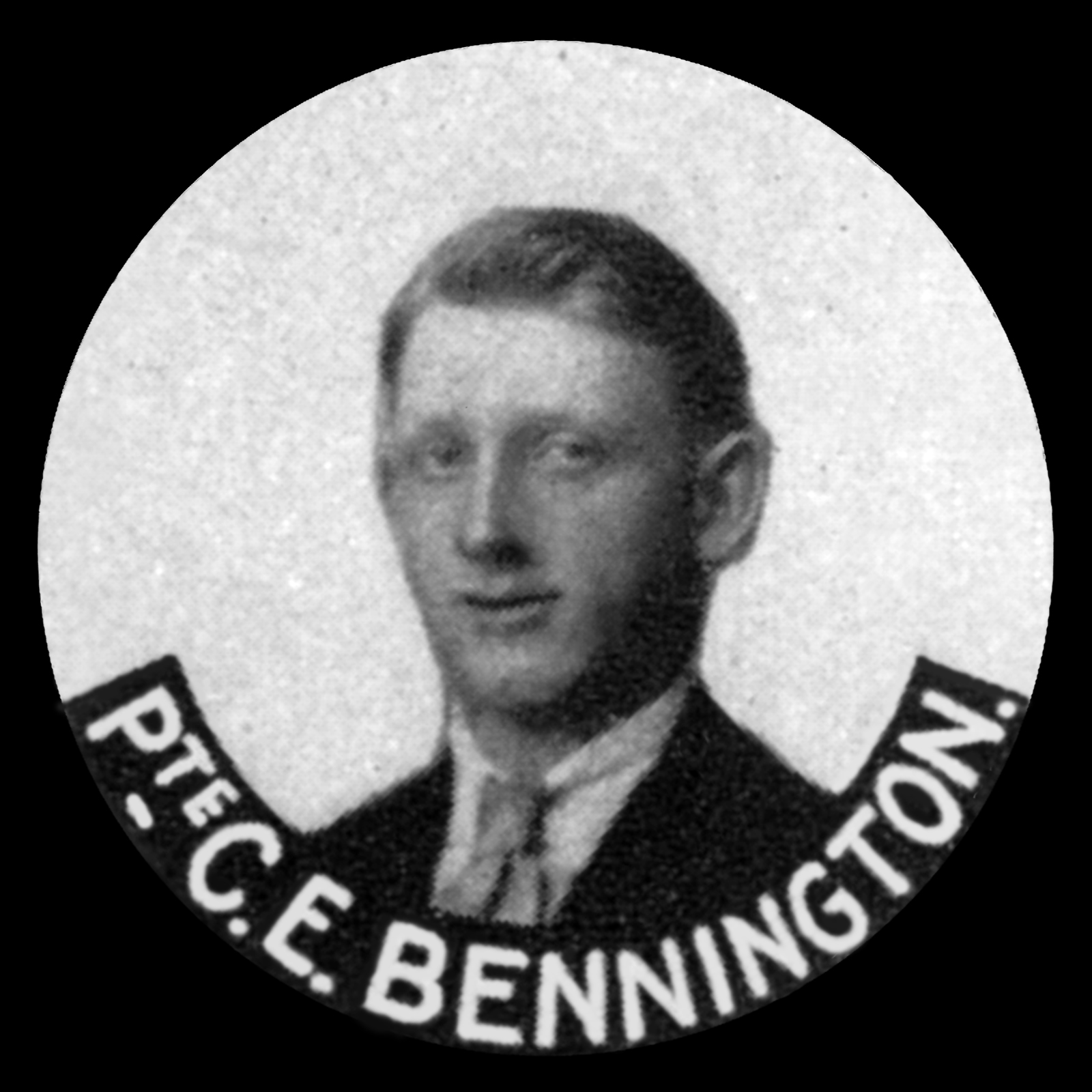 Private Charles Edward Bennington was born in Oakham on 4 March 1895 and lived with his parents, William and Susannah Bennington at 2, Barleythorpe Road in the town. He was a bricklayer before the war. He joined up on 19 June 1915 enlisting in the 1st/5th Battalion Durham Light Infantry, serving alongside another Rutland soldier, Harry Tyers. He died during the Battle of the Somme, killed by a sniper on 17 September 1916 aged 21. His battalion had gone into action on 15 September as part of the push to capture Flers and Courcellette. The following day Charles' battalion was ordered to attack German trenches known as Prue and Starfish to the east of Martinpuich, an attack which carried on into 17 September. The battalion war diary records: "A good proportion of casualties were suffered from machine gun fire and snipers." Charles has no known grave and so is remembered on Pier 14A of the Thiepval Memorial on the Somme and on the war memorial in Oakham.