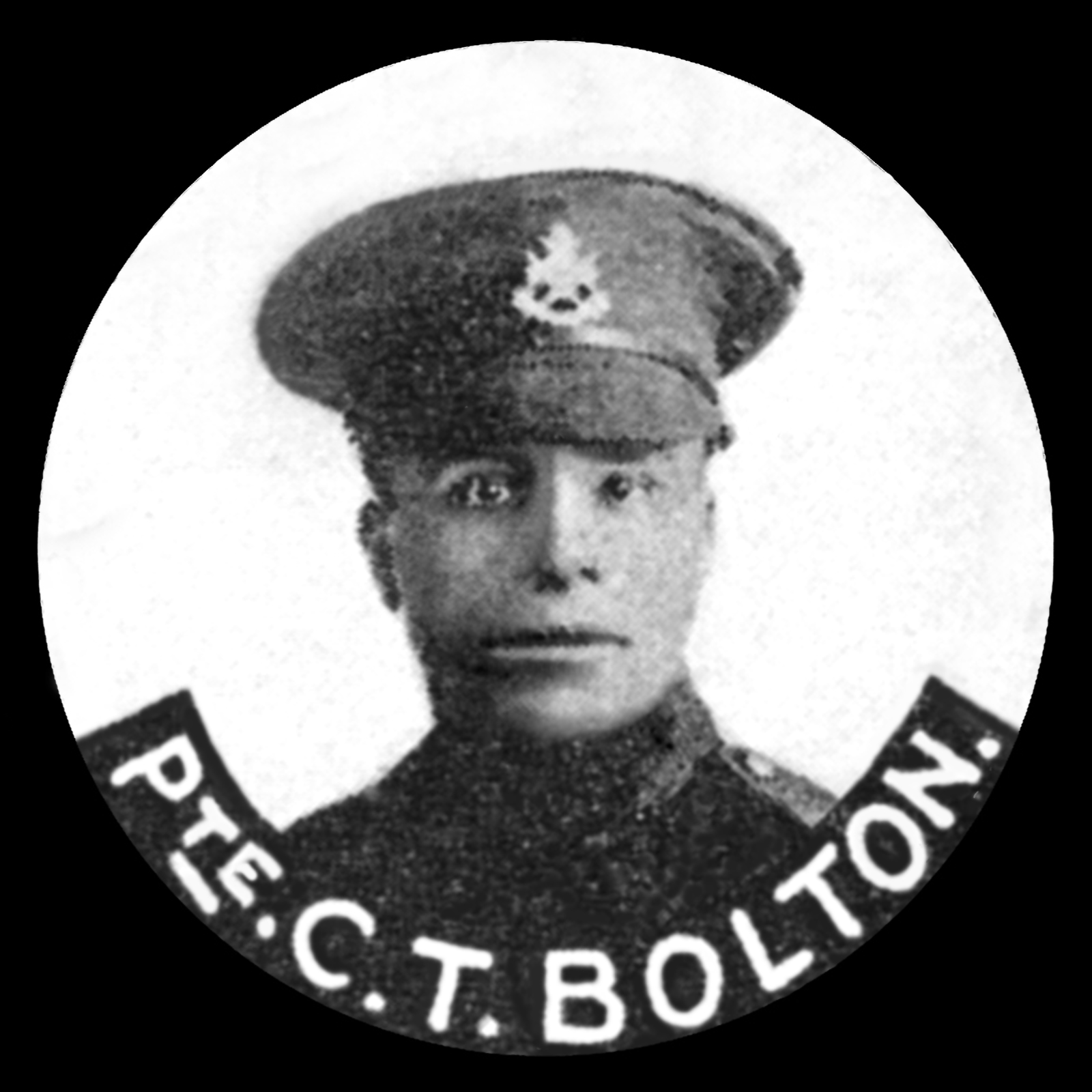 Charles Thomas Bolton was born in Oakham in 1883, the one of six children of John Bolton and Anna. His mother died when he was just ten years old. His father later married again. In 1911 the family was living in Bedehouse Row in Oakham, and Charles was working as a tailor. His father died the following year, and Charles remained living with his stepmother, Mary. He joined up in Oakham on 4 December 1915, when he was listed as living at 15 Westgate Street in the town. He served with 2/7th Battalion, Sherwood Foresters and was killed at the start of the big German Spring Offensive in March 1918. He was 31 years old. He appears on Oakham's war memorial, and his photograph appears in Rutland and the Great War, but with no obituary. He has no known grave and is remembered on the Arras Memorial, Bay 7.