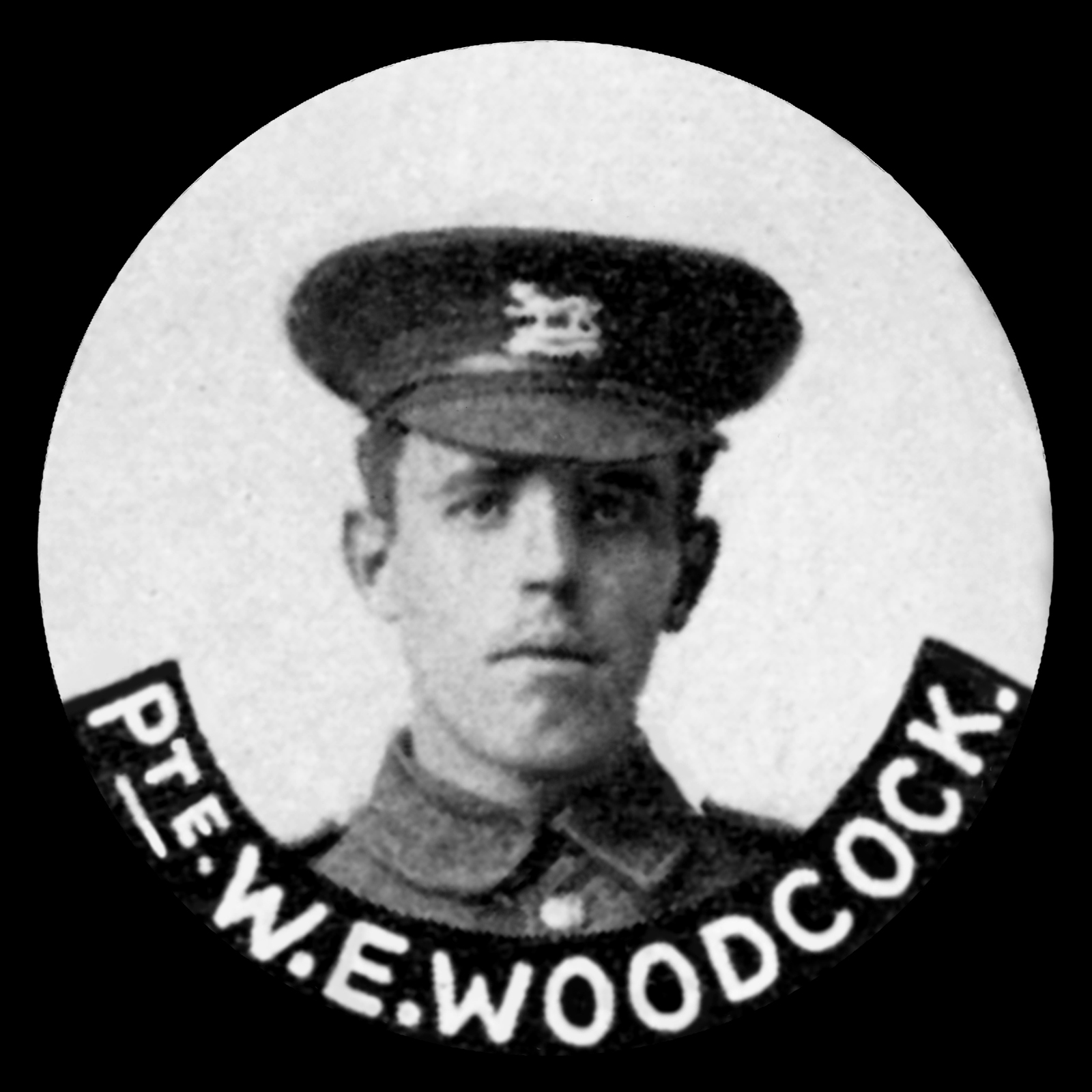 William Woodcock was the son of Samuel and Elizabeth Woodcock and lived in Gaol Street in Oakham. He was born there in 1897 and lived for a time in Ryhall before returning to the town. He was the cousin of Samuel and Thomas Frederick Woodcock whose father John lived with William and his family for a while in Gaol Street after his wife had died. William was killed on 25 September 1916 while fighting in the Battle of the Somme with the 8th Battalion Leicestershire Regiment. His battalion, which had formed up in trenches east of Flers, was attacking Gueudecourt with the aim of capturing the first German line. The war diary records: "The attack was made in waves, each platoon forming a wave and two waves going over at a time. The attack was launched with splendid heroism. The first objective was gained in about three quarters of an hour, the men then stopped a short time to consolidate and to allow the artillery barrage to lift. They then pressed on to their second objective which was the village of Gueudecourt. By the time they reached the village they were sadly thinner by the tremendous artillery barrage the enemy put up, and by machine guns which wrought terrible havoc. Nevertheless, with dauntless gallantry they pressed on, reaching the village and engaging the enemy with hand-to-hand fighting which took place all the night." William has no known grave and is remembered on the Pier 3A of the Thiepval Memorial, and also on Oakham's war memorial.