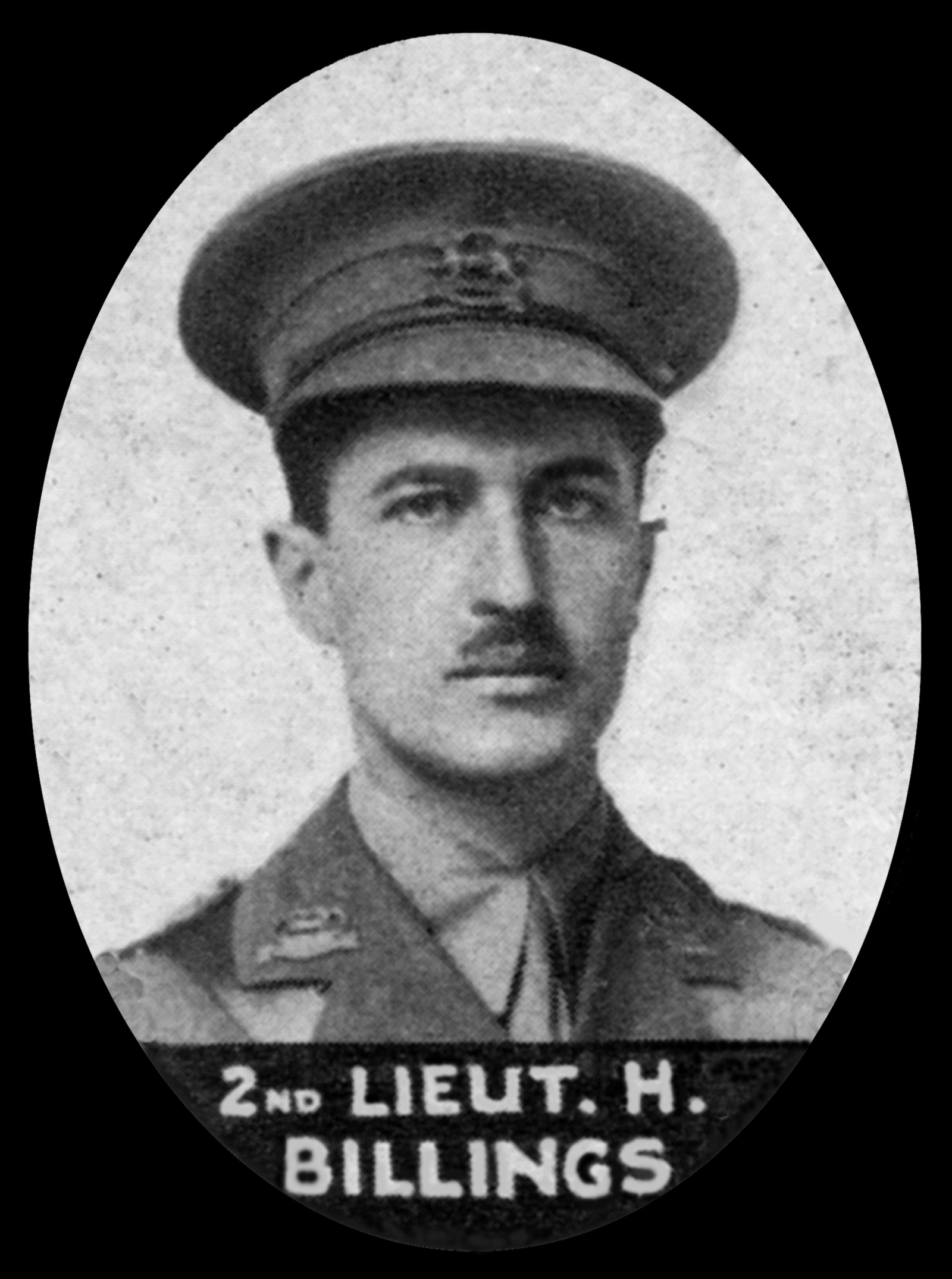 Lieutenant Herbert Billings was one of two brothers who died in the war. Herbert was born on 29 September 1887 and lived at 16, West Road, Oakham, the son of Caroline Billings. He became a Post Office clerk and also held the rank of Sergeant in the Territorials when war broke out and so was mobilised immediately. He went out to the Western Front with the 5th Battalion Leicestershire Regiment on 26 February 1915 and two months later was promoted to Second Liuetenant. In October Herbert joined the Second Battalion and was slightly injured by burns from a British smoke bomb. The following month, the Indian Brigade, of which the 2nd Leicestershires were part, was sent to Egypt and then on to Mesopotamia [Iraq], arriving at Basra on 6 December. The Brigade now formed part of Tigris Corps, ordered to relieve an Anglo-Indian force under siege at Kut-al-Amarrah, south of Baghdad. The advance up the Tigris began on 4 January and met stiff opposition from Ottoman forces almost from the start. In the Battle of Sheik Sa'ad, fought on 6 and 7 January, the battalion war diary records that Herbert was wounded, one of more than 300 casualties suffered by the Leicestershires. He was later Mentioned in Despatches. By 7 February he was in charge of a raiding party which opened fire on about 30 Turks trying to occupy a trench close to the British lines. In early April, the brigade was preparing a dawn attack on the Turks, at Sannayiat. The Leicestershires' war diary takes up the story: "Owing to considerable delay during the march the attacking brigades were 1000 yards short of enemy's position at daylight. Suddenly the enemy opened up with withering fire. The first two lines of the Brigade pushed forward to within 800 yards of the enemy's postion until compelled to halt through very heavy casualties (our own artillery on the right bank responsible for a considerable number.)" It was in this action that Herbert was killed, one of three Rutland men to die among more than 300 battalion casualties. He was buried near where he fell but his grave has been lost and he is now remembered on Panel 12 of the Basra Memorial, along with two other Rutlanders who died in the same action, Benjamin Baines, and George Rawlings. Herbert and his brother Ernest are also remembered on the Oakham war memorial in the grounds of All Saints' Church, and on a brass plaque inside the Baptist Church along the High Street.

Records of the Commonwealth War Graves Commission state that Herbert was serving in the 6th Battalion, attached from the 9th Battalion, at the time of his death which we think is a mistake. The 6th Battalion did not serve in Mesopotamia, while the war diary of the 2nd Battalion has a number of references to Herbert, including the date he joined.