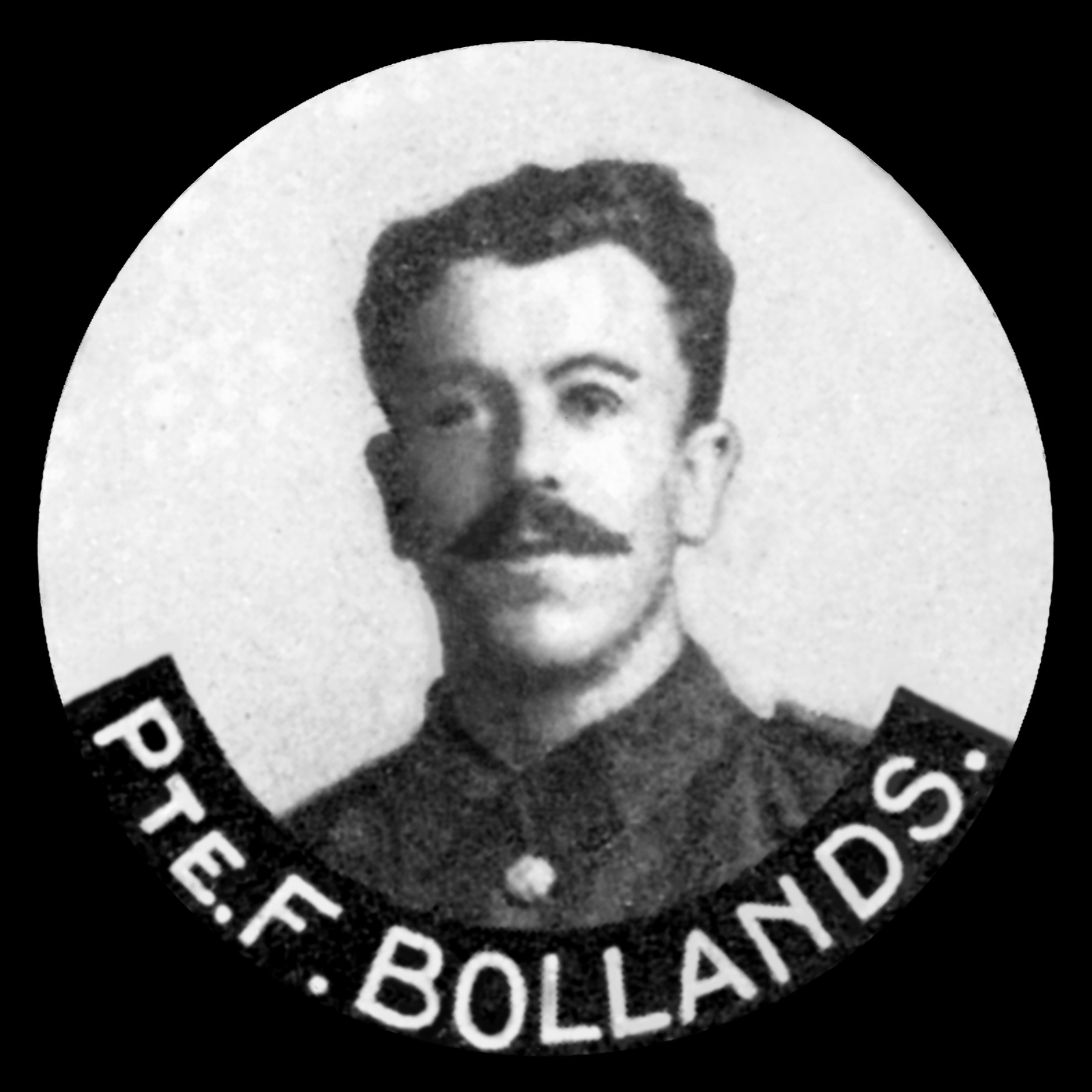 Private Frederick Bollands was born at Whissendine on 8 August 1883. A career soldier, he enlisted in November 1904 into the 2nd Battalion Leicestershire Regiment, and went to India the following year. He received his second good conduct badge in 1913. When the First World War broke out the battalion was sent to France and arrived in time to take part in the later stages of the Retreat from Mons. Fred also fought in the Battle of the Marne and at Neuve Chapelle in March 1915 where he was seriously wounded. In May 1916, he rejoined his battalion which had been sent to Mesopotamia [Iraq]. The British were regrouping after an unsuccessful attempt to relieve a besieged force at Kut-el-Amarrah. Now called the Mesopotamian Expeditionary Force, the British began a slow offensive which recaptured Kut in February 1917. On 8 March, the Leicestershires, part of 28th Brigade, were ordered to cross the Tigris at night and march towards Baghdad in support of the cavalry. According to the battalion war diary, the following day the Brigade halted 1000 yards from Shavva Ruins. "At 7am enemy commenced to shell the ruins and the cavalry division who were concentrating in the vicinity. One Company, with one in support, was sent forward to locate the enemy's position... enemy rifle and machine gun fire was heavy." The rest of the battalion moved up in support but during the day 14 men, including Fred, were killed and another 86 wounded. Like many of his comrades, he has no known grave and is remembered on Panel 12 of the Basra Memorial and on the war memorial in Whissendine.