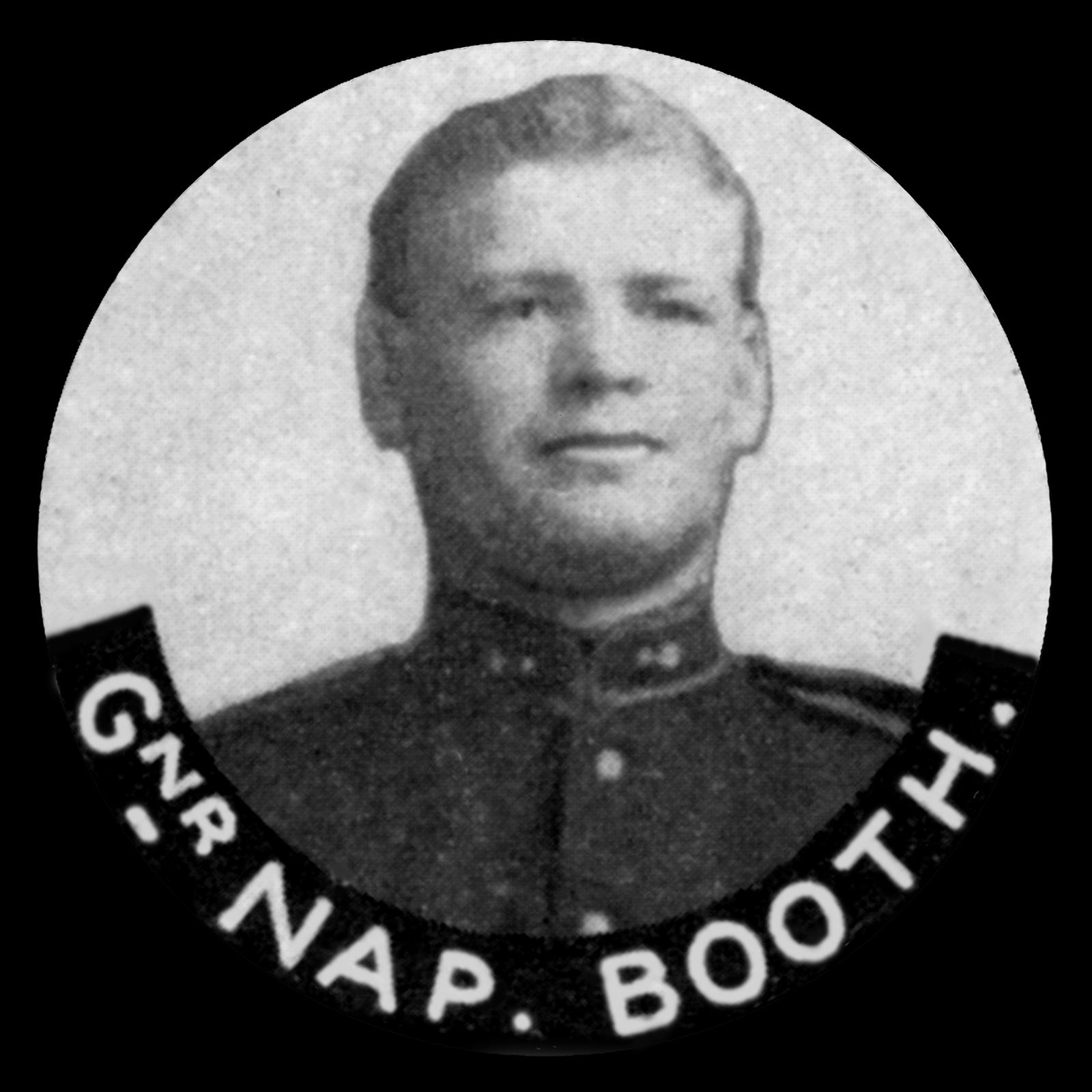 We are somewhat confused about Gunner Napthali Booth. We know he was the son of Nathaniel and Adeliza Booth, 21 Dean Street, Oakham and appeared on the 1901 Census aged 12 when the family lived in Barleythorpe. According to George Phillips, he was a career soldier, having joined the Royal Field Artillery in 1904 and later saw service in India. Phillips says he was sent to France in 1915, and was killed during the Battle of the Somme, near La Boiselle, in the early part of July, 1916. He writes: "It is recorded that in the midst of the infantry fighting at this place a single gun of the 19th Battery galloped with extraordinary gallantry right into the village and engaged the enemy at point-blank with splendid effect." However, other sources suggest he died at Kut and is buried there. Unusually, the Commonwealth War Graves Commission has no record of him and as far as we know he isn't on any official memorial.

But he is on the war memorial in the grounds of All Saints' Church in Oakham, alongside his brother Nathaniel.  Both are among the 14 men from Dean Street in Oakham to die in the First World War.