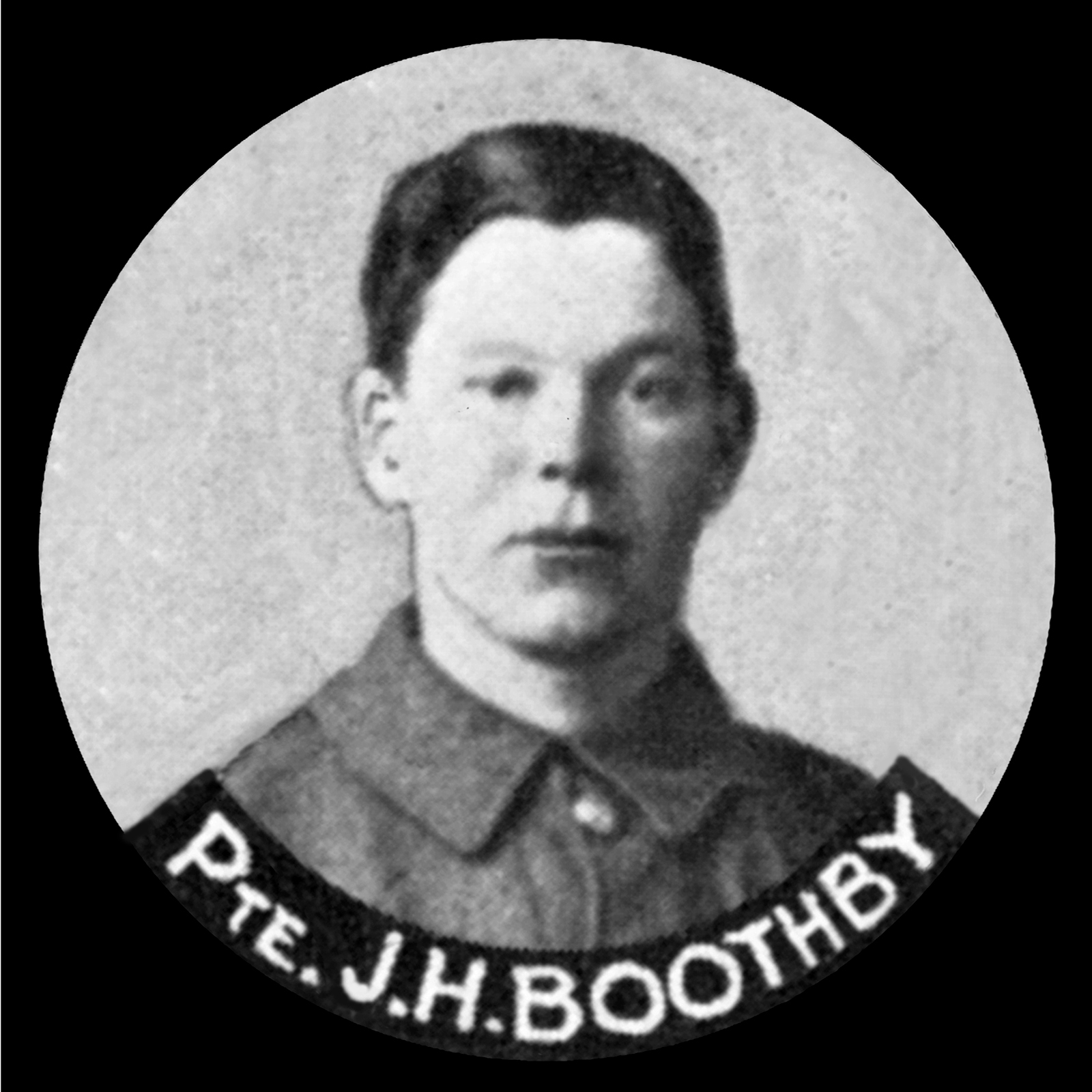 Private Joseph Henry Boothby was the son of Aubin John and Charlotte Boothby of North Luffenham and was born on 29 August 1889. He joined the Leicestershire Regiment in March 1915, and went out to France the following May to join C Company of the 2nd Battalion. He took part in the Battle of Loos, and was killed on 25 September 1915. He has no known grave and so is remembered on panel 43 of the Loos Memorial and the war memorial in the church in North Luffenham.