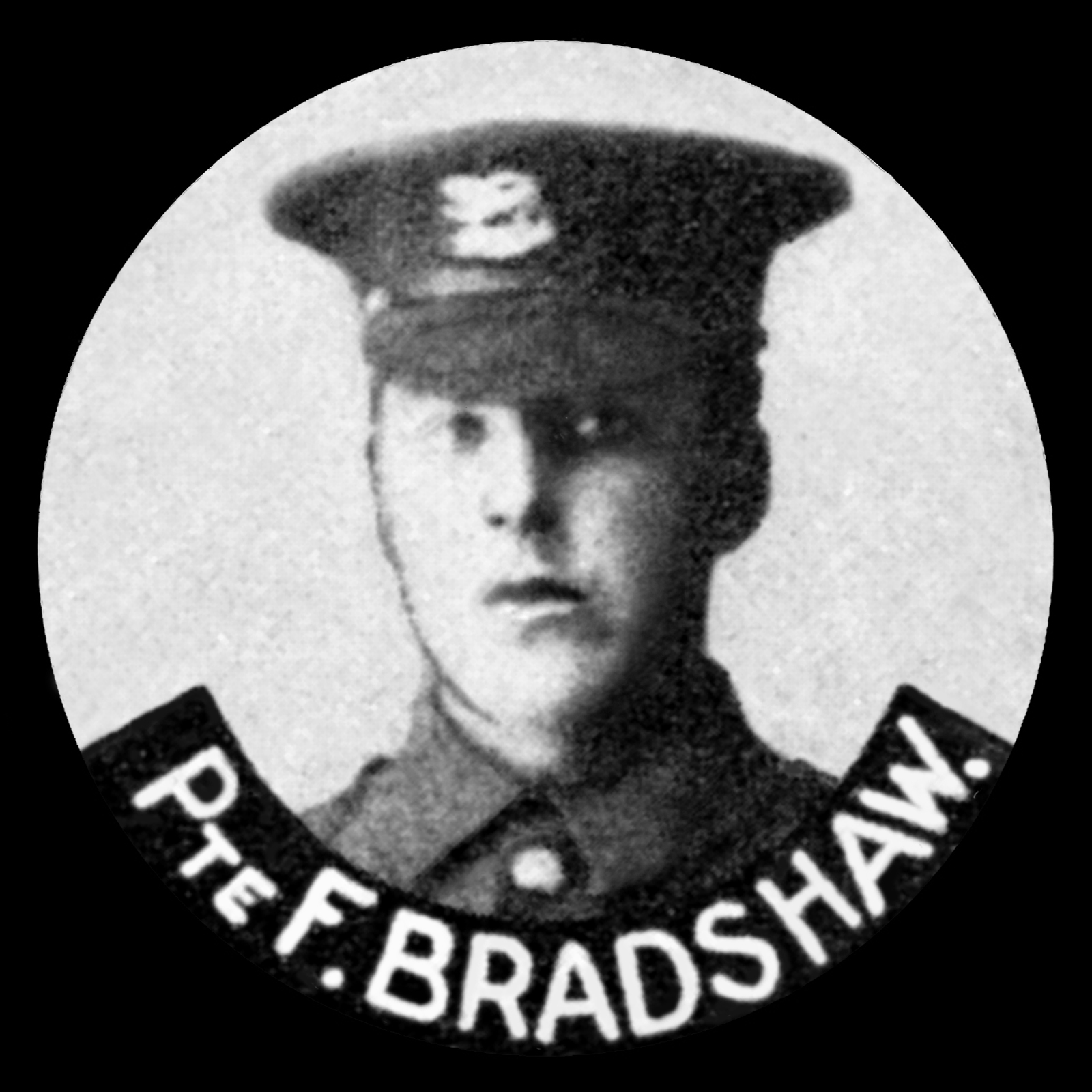 Private Frederick Bradshaw enlisted in the 10th Battalion of the Leicestershire Regiment and went on to serve in the 7th Battalion during the Battle of the Somme. He was the son of Emma L Bradshaw, of Mount Pleasant, Whissendine where he was born on 3 October 1896. Frederick was a farm worker before joining up on 18 October 1915. He went out to France on 24 March the following year, and took part in the Somme offensive in July. Fred was reported wounded and missing when the Leicestershires attacked Bazentin-le-Petit Wood on 14 July. He has no known grave, but is remembered on Pier 3A of the Thiepval Memorial on the Somme, and on the war memorial in Whissendine.