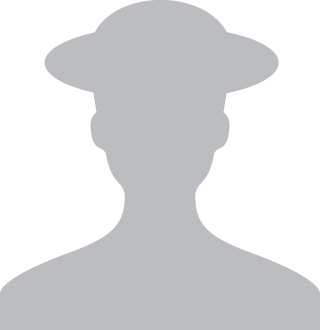 Arthur Penrose Selwyn, his twin brother Christopher Selwyn and his half-brother George Selwyn all died in the First World War. They were among six sons of a former headmaster of Uppingham School, Edward Selwyn. Arthur and Christopher were born in August 1889 in Ambleside, Westmorland but the family moved to Uppingham when they were babies. Their mother Lucy Ada later died and their father married Julia Maude, who gave birth to George. Arthur enlisted in the 11th Battalion King Edward's Own Lancers but at the time of his death was attached to the Royal Flying Corps. He was killed on a training flight in Hampshire. A contemporary account states. "At 11.30am on the morning of Thursday the 18th of May 1916, two officers, Lieutenants Arthur Penrose Selwyn and George Simpson Bateman, made an ascent in an aeroplane. The flight under the direction of a Lt. Norman B Patterson, who in evidence to the inquest, stated that 'both men were very good airmen,' Lt. Selwyn was flying the machine, and was the most experienced of the two, Lt. Bateman was in the observer's seat. The aeroplane, although not identified, was stated to be a modern type. It had been examined before the flight, and found to be in good working order. After taking off, the machine climbed to a height of about 300-400 feet. During a turn to the right, the machine was seen to nose-dive and plummet into the ground at Holbrook. Lt Paterson was of the opinion that 'the pilot had attempted to turn the machine at an insufficient height and the aeroplane had stalled.' Lt Bouchier was the first officer to reach the stricken aviators. Both men were taken from the wreckage and were found to have died of their injuries. Both men were buried with service honours, four days later." He had married his wife Eileen in Kensington in November 1915 but died before the birth of his only child, who was born three months later. The baby was named Arthur after his father, and his middle name was Wakefield, which was the middle name of his uncle Christopher who had died the year before. Arthur Penrose Selwyn is buried at Gosport (Ann's Hill) Cemetery, grave 52.29914. He is remembered on the memorial inside the chapel at Uppingham School along with his brother Christopher, and the twins are also commemorated on Grayshott war memorial in Hampshire. But none of the brothers are on Uppingham Town war memorial or are mentioned in George Phillips' Rutland and the Great War.

Corrections have been made thanks to the contribution below.