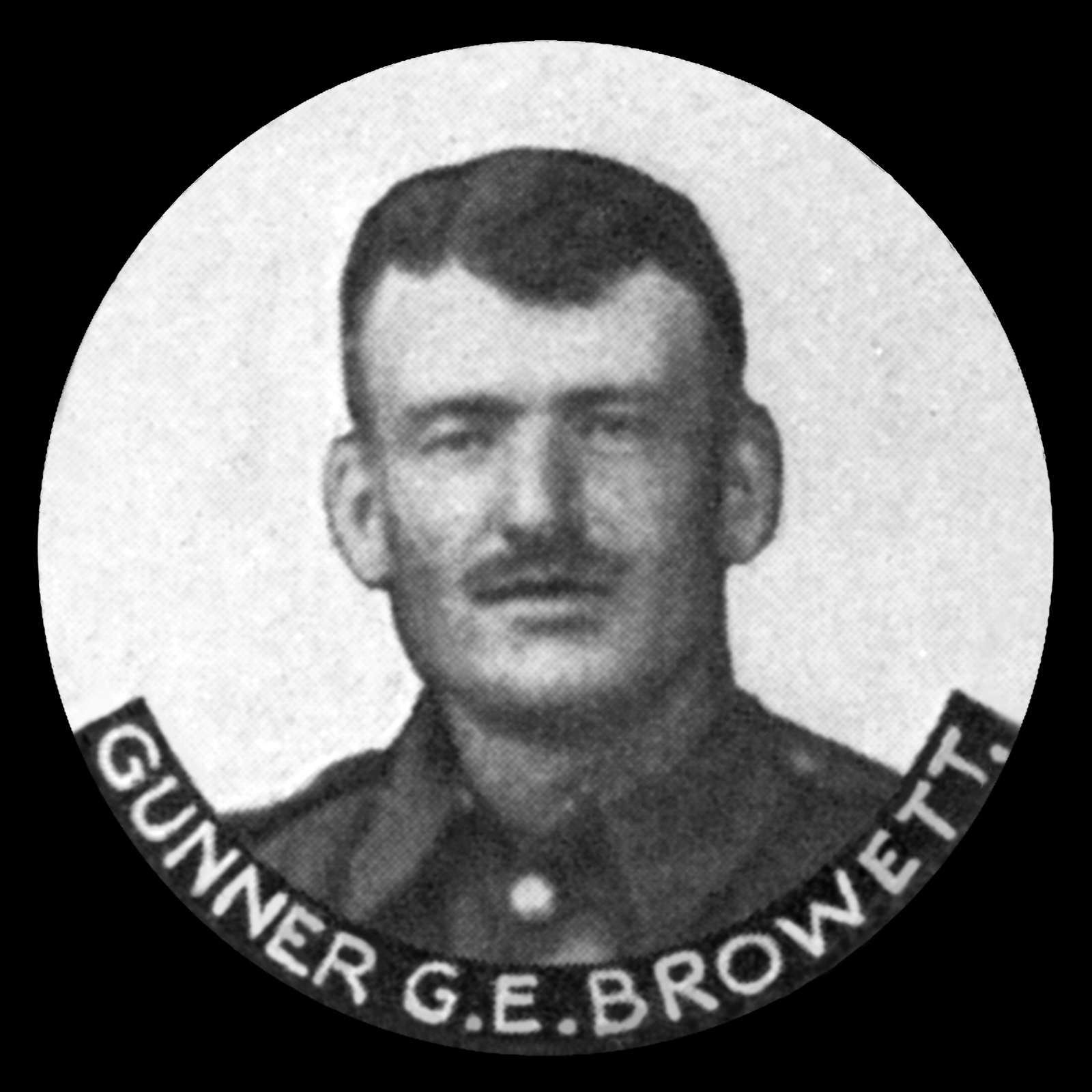 George Edward Browett was a professional soldier, one of four brothers who served in the First World War. He was born at Belton on 24 April 1890, the son of Frederick and Eliza Browett, and was employed as a horseman before joining the army on 23 February 1910. His younger sister Catherine wrote in July 1988: "He always wanted to be a soldier and ran away & enlisted when he was just 18 years old. (Twice his Mother tried to get him to come back and the second time the army sergeant told her to let him join.)" He became a gunner in the Royal Garrison Artillery and left for India on 3 March 1911, taking part in the quelling of a rising in Peshawar (modern day Pakistan). During the First World War he was sent to Salonica in Greece and served there with the 7th Mountain Battery until his death on 9 October 1918, from pneumonia following malaria. He was buried in the Mikra Military Cemetery, Kalamaria, near Thessaloniki, grave 585. He is remembered on the Belton war memorial.