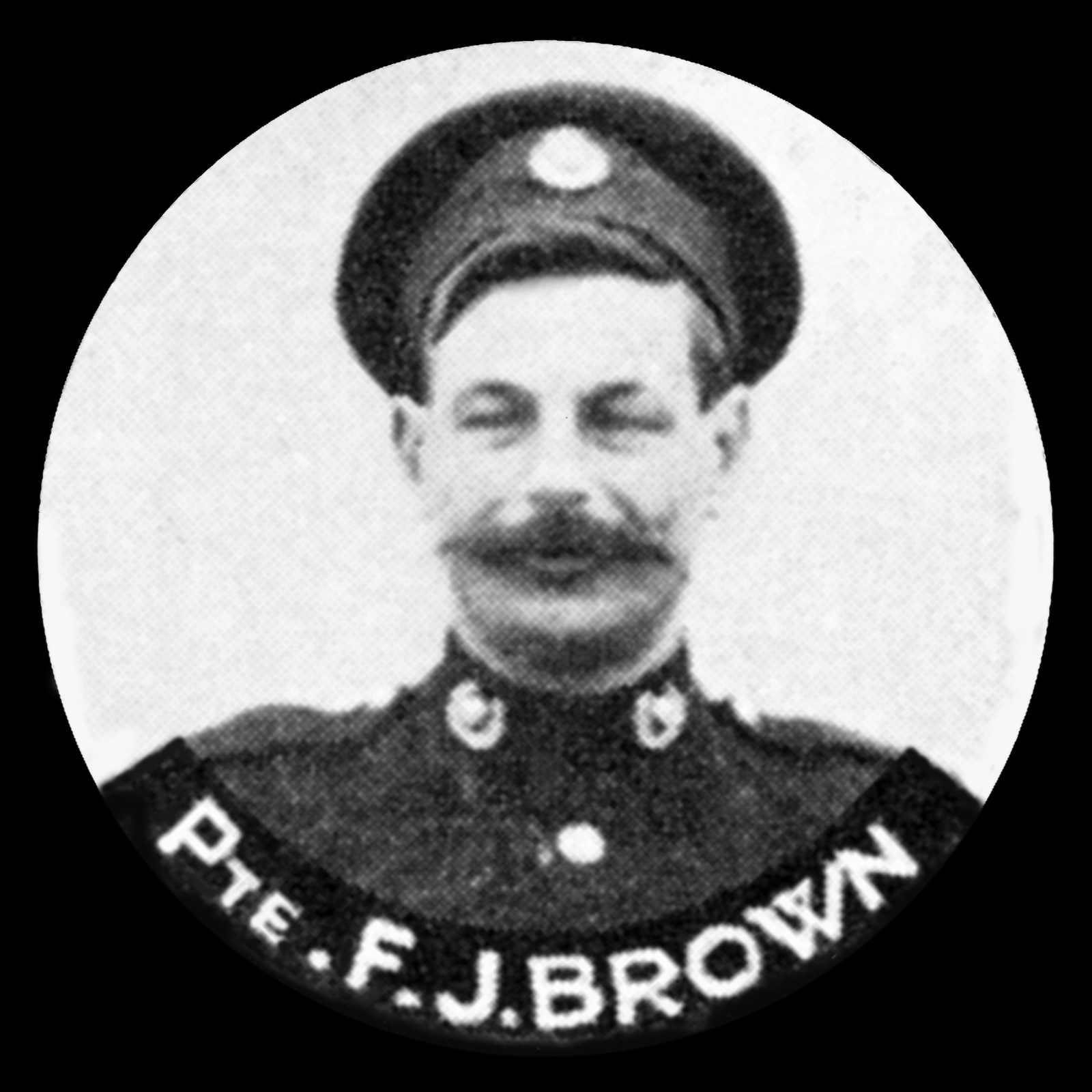 Frederick James Brown, son John and Isabella Brown, was born in Empingham on the 19 August 1878 and died in the naval Battle of Coronel off Chile in November 1914. Another Empingham villager, Peter Willoughby, died in the same battle but on another ship. At the age of 15 Fred was apprenticed to a bakery and grocery business at Coalville, Leicestershire, and after a year he ran away and enlisted in the Royal Marines. At the outbreak of war he was on HMS Good Hope which along with HMS Monmouth and HMS Glasgow were sunk at Coronel. A letter written by him two weeks before the battle reached his father a fortnight after his death: "We are having pretty rough times of it down here, and the suspense of watching and waiting are far worse than the actual fighting. At present we are at the Falkland Islands, taking in coal and provisions, after which we go somewhere in the Pacific to intercept a German squadron making for the South East Coast of South America, so I expect we shall bring them to battle somewhere round Cape Horn before long, and the sooner the better as it is bitter cold here. We have not had any mails or news of how things are proceeding since we left England on the 2nd August. If I manage to squeeze through this next turn out I will tell you all about it in the next few lines I drop." Fred is remembered on Panel 6 of the Portsmouth Naval Memorial, and the war memorial in Empingham Cemetery.