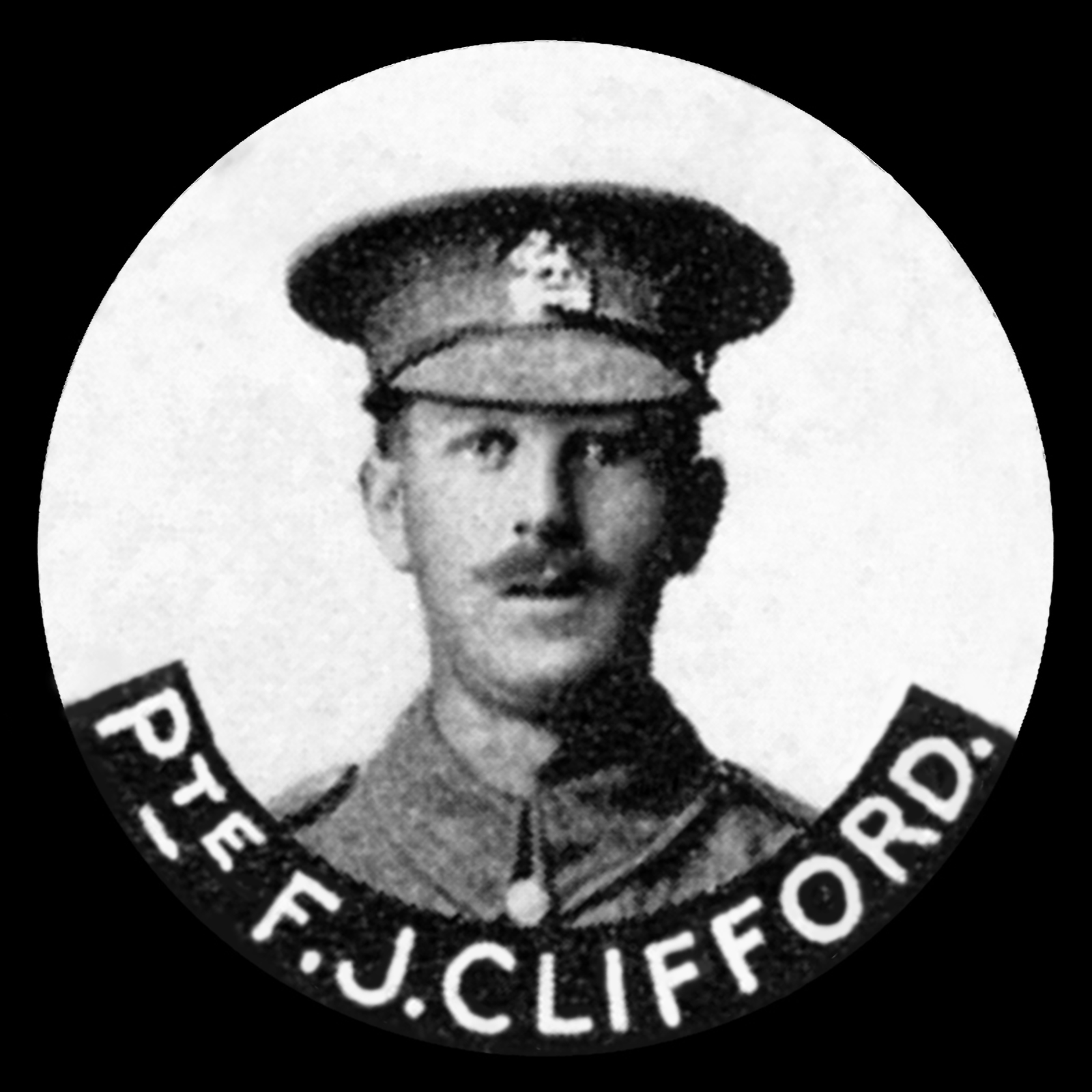 Private Frank John Clifford from Oakham enlisted in the 2/4th Battalion Royal Berkshire Regiment on 10 November 1916. He went to France on 28 June 1917, and took part in the Battle of Cambrai, and in the retreat during the Second Battle of the Somme. He was reported missing on 3 April. The British Red Cross Society tried to find out what had happened to him and described the chaos as the German onslaught continued: "Our reports show that in the fourth week of March 1918, the 2/4th Royal Berks. were on the St. Quentin front and took part in the general retirement caused by the great German offensive which began on March 21st. Their first fighting seems to have been near Fresnoy, Maissenny, and Marteville, just north-west of St. Quentin, but at the end of a fortnight they had withdrawn almost to Amiens. We cannot trace the march of each day with any certainty, but the following statements, by men who were in the prolonged retreat, gives some idea of the desperate fighting, and explain why the lists were not made up for so many days. A great number of prisoners were afterwards reported from Germany." "We were defending Spooner's Redoubt in front of Holnon Wood, west of St. Quentin on the morning of March 21st. The Germans were coming up all round. We made an attack but retreated. About 6 a.m. we had been outflanked by the Germans and were retiring. We had to pass through a gap in our wire and some of our men were caught and taken prisoners. On March 22nd, about midday, in front of Beauvois on the St. Quentin front, the Germans were heavily attacking us and we had to retire. We lost the ground about 2 p.m. On March 28th we were about four kilos in front of Villers Bretonneux, which is east of Amiens. We were attacking in waves from Marcelcave to Lamotte and held the ground some time. We had to retire in the evening further than we started from because the German attack was so rapid. All our dead and wounded had to be left behind; the firing was so thick and the enemy right on top of us. We had to retire quickly and they got the ground I saw one of our officers killed by a sniper's bullet in the open on April 4th near Hangard Wood, south of Villers. We had to retire, and his body was left on the field." But Frank's body was subsequently found and he is now buried in nearby Vadencourt British Cemetery, grave III.C.40. He is also remembered on Oakham's war memorial. His Commonwealth War Graves' details say his parents moved to Hampshire, while he also had a wife, originally from the United States.

A picture of his headstone
By John Stokes on Sunday 30th November '14 at 7:24pm
A Rutlander, living in Belgium