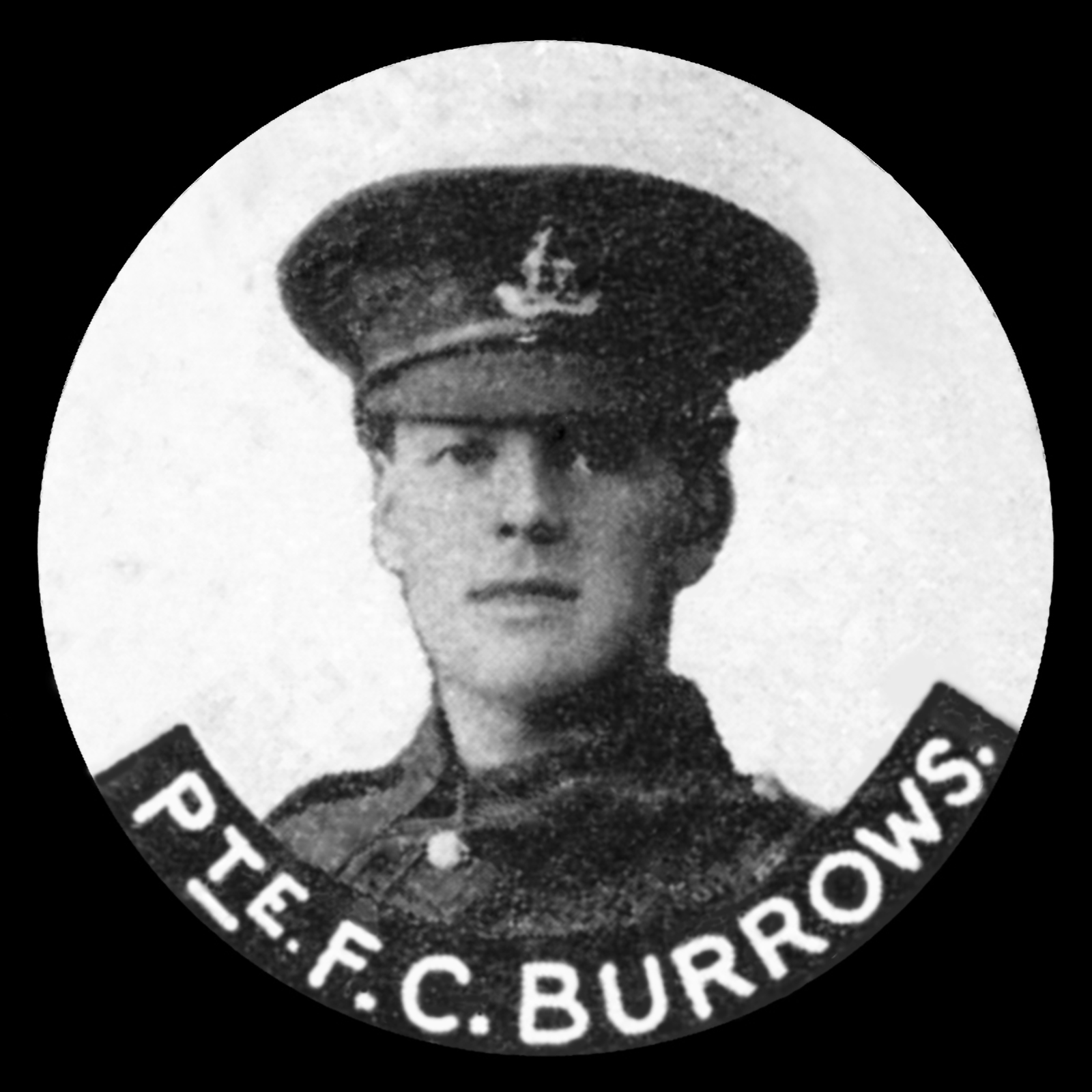 Pioneer Frederick Charles Burrows was born in Battersea, London, in 1896, the son of James and Emma Burrows. In 1911, he was living in Manton with his grandparents, Charles and Janet Burrows, and his younger brother Cyril and younger sister Nellie while working as a servant. He joined the Royal Engineers on 3 November 1915, and was sent out to France on 7 January 1916. He was twice gassed during the Battle of the Somme, and invalided home in December 1916, suffering from tuberculosis. Frederick was medically discharged from the army on 14 August 1917 and awarded the Silver War Badge. His health failed to improve and he died in Oakham on 27 April 1920. His mother at this time was living at 51 King's Road, Oakham. Frederick is buried in Oakham Cemetery but his grave is no longer marked (see photograph below). The position where his is buried is on the left hand side of the cemetery close to where the road divides into two. His exact grave is two rows back from First World War nurse Helen Hetterley's grave and beside a grave with a cross remembering Anne Dexter. Frederick is remembered on the war memorial at All Saint's Church.