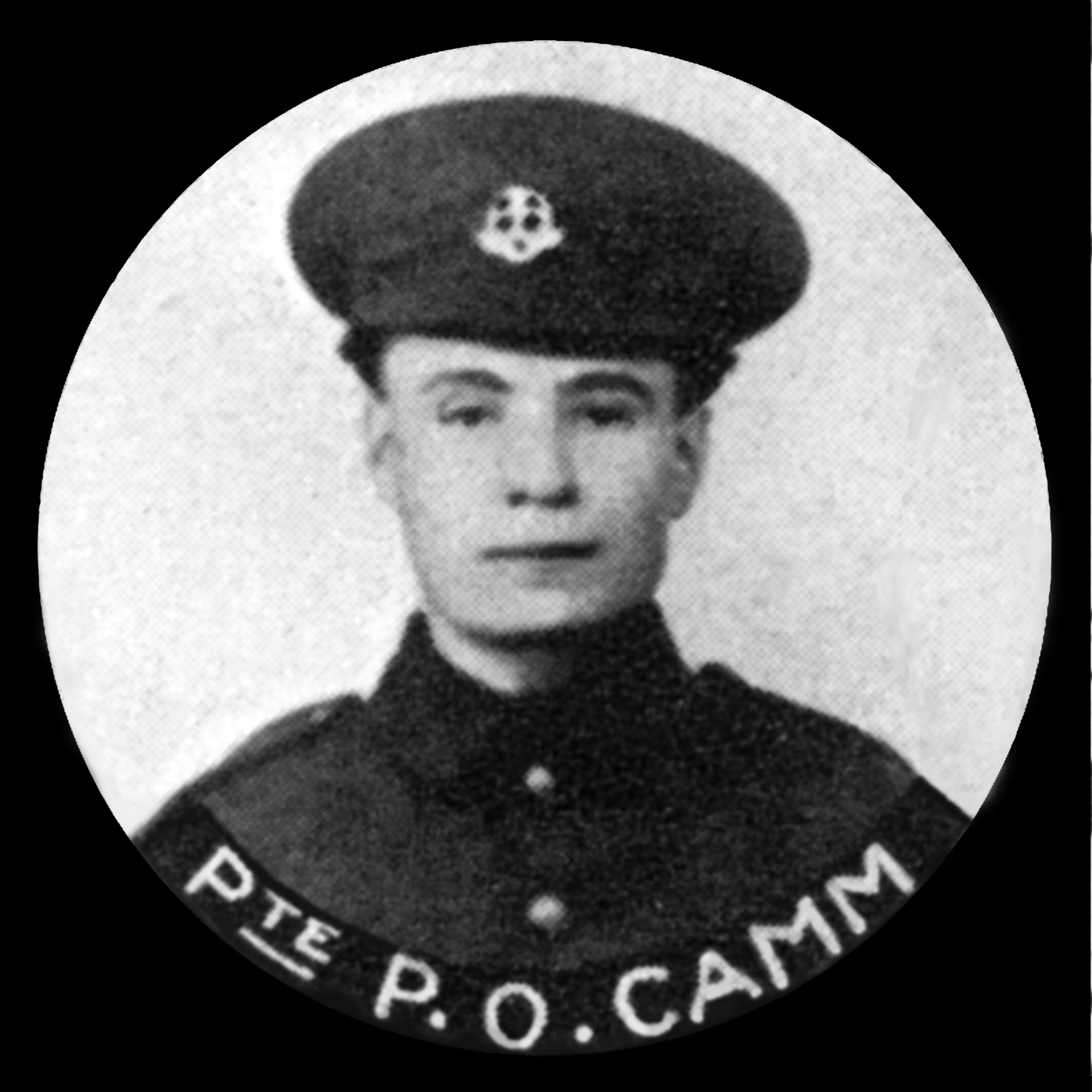 Philip Otley Camm was born at Kingstone Cottage, Belton, on 6 May 1896, the son of Ellen and George Camm. He was one of five brothers who served in the First World War, but the only one to die. Aged 14 he went to work at Sibbertoft for the vicar and his wife, about 20 miles from home. It was from there that he enlisted on 23 November 1914, answering Lord Kitchener’s call for volunteers. His brother Arthur joined up around the same time. Philip served in the Second Battalion, Duke of Cambridge’s (Middlesex) Regiment and was sent to France in January 1915. He was seriously injured in the first major battle he took part in, at Neuve Chapelle in Northern France. Between 10 and 13 March his battalion suffered considerable losses, with 159 men killed or missing and 299 injured. Philip was one of those. He was taken to Number 11 General Hospital at Boulogne where he died of his wounds on 30 March. His four other brothers survived the war. The eldest George Camm had emigrated to the US and enlisted there in 1918, William was called up in October 1916 and the youngest Frank joined up when he turned 19 in June 1918. Arthur was gassed in the Battle of Arras and spent eighteen months as a prisoner of war in Germany. He later named his son born in 1920 after his brother Philip. In the Second World War, Philip Otley Camm was a flight engineer on a Lancaster bomber and was killed in action during a raid on Berlin. Both Philips are remembered on Belton's war memorial, which stands proudly right outside the Camm family home, Kingstone Cottage.