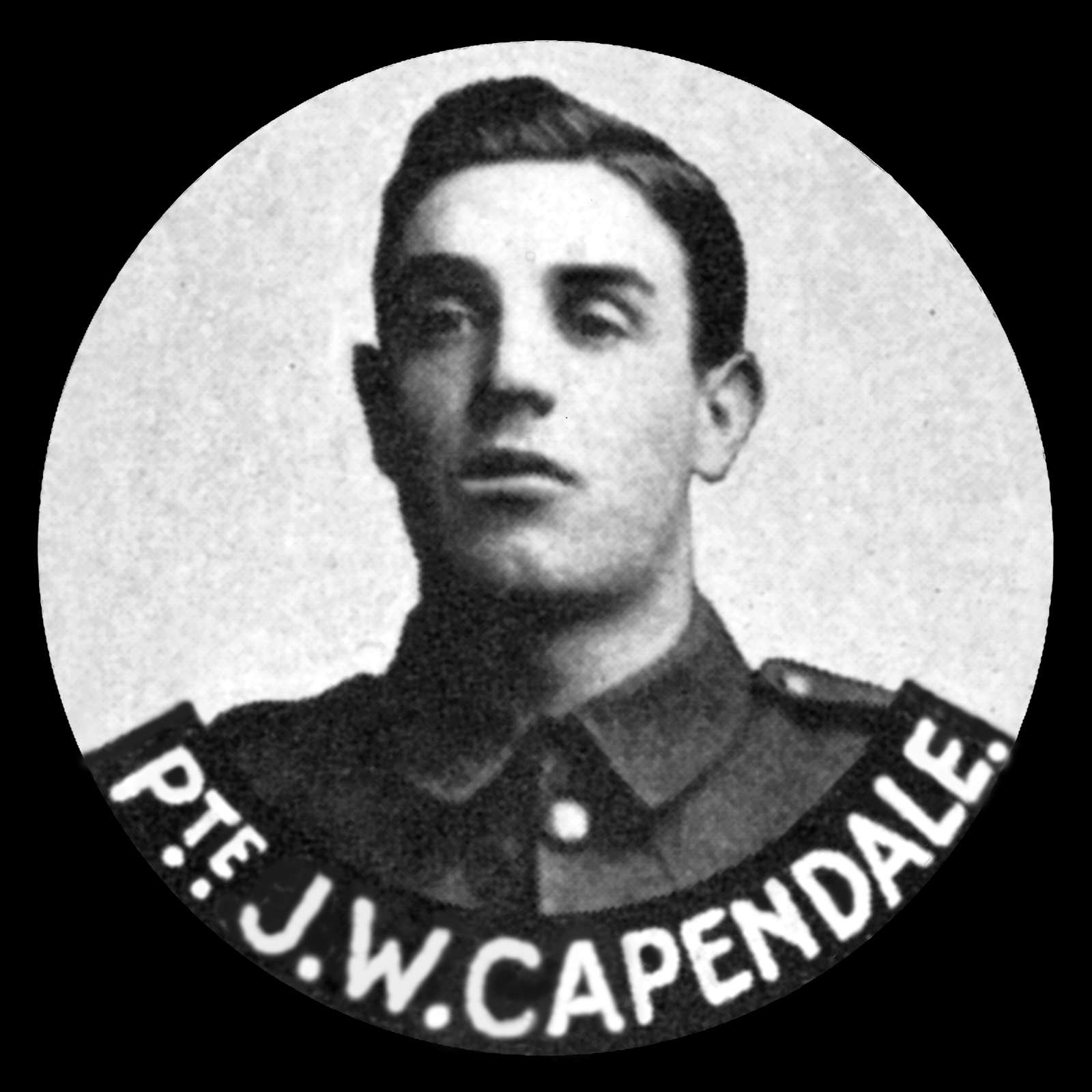 Private John William Capendale, known as Willie, was the son of Arthur Capendale and his wife of Ketton, and was a member of the Territorial Force which was training at Bridlington when the war broke out. He went to France with the 5th Battalion Leicestershire Regiment on 23 February 1915 and served as a transport driver. He was killed by a piece of shrapnel entering his neck, and is buried in Sanctuary Wood, near Zillebeke. The exact position is not known but he has a headstone in Plot IV.T.6, close to where his actual grave is thought to be. It is placed a few rows back from three other Rutland men who died around Ypres. Willie is remembered on Ketton's war memorial.

Some pictures of the headstone, taken 14 December 2014. Mr Capendale lies just a few rows from where three fellow 'Rutlanders' lay side by side.
By John Stokes on Sunday 14th December '14 at 7:22pm
A Rutlander, living in Belgium
3 images

Pictures taken 4th April 2017. John William Capendale was my Great Uncle. My wife, daughter and I spent four days in Ypres and followed his journey up to the front line from the war record of his Battalion written up by an officer in 1919. He died the day after they had moved onto the front line near Sanctuary Wood.
By David A on Tuesday 11th April '17 at 9:41pm

On 24th June 2017 I visited my Grandfathers grave at Grevillers War Cemetery in Nord de pas Calais. It was 100 years to the day since he lost his life. The next day we visited Sanctuary Wood to pay respects to my Great Uncle AE Jackson. Whilst there we paid respects to fellow Kettonian Pte John Capendale.
By Chris on Monday 3rd July '17 at 4:20pm