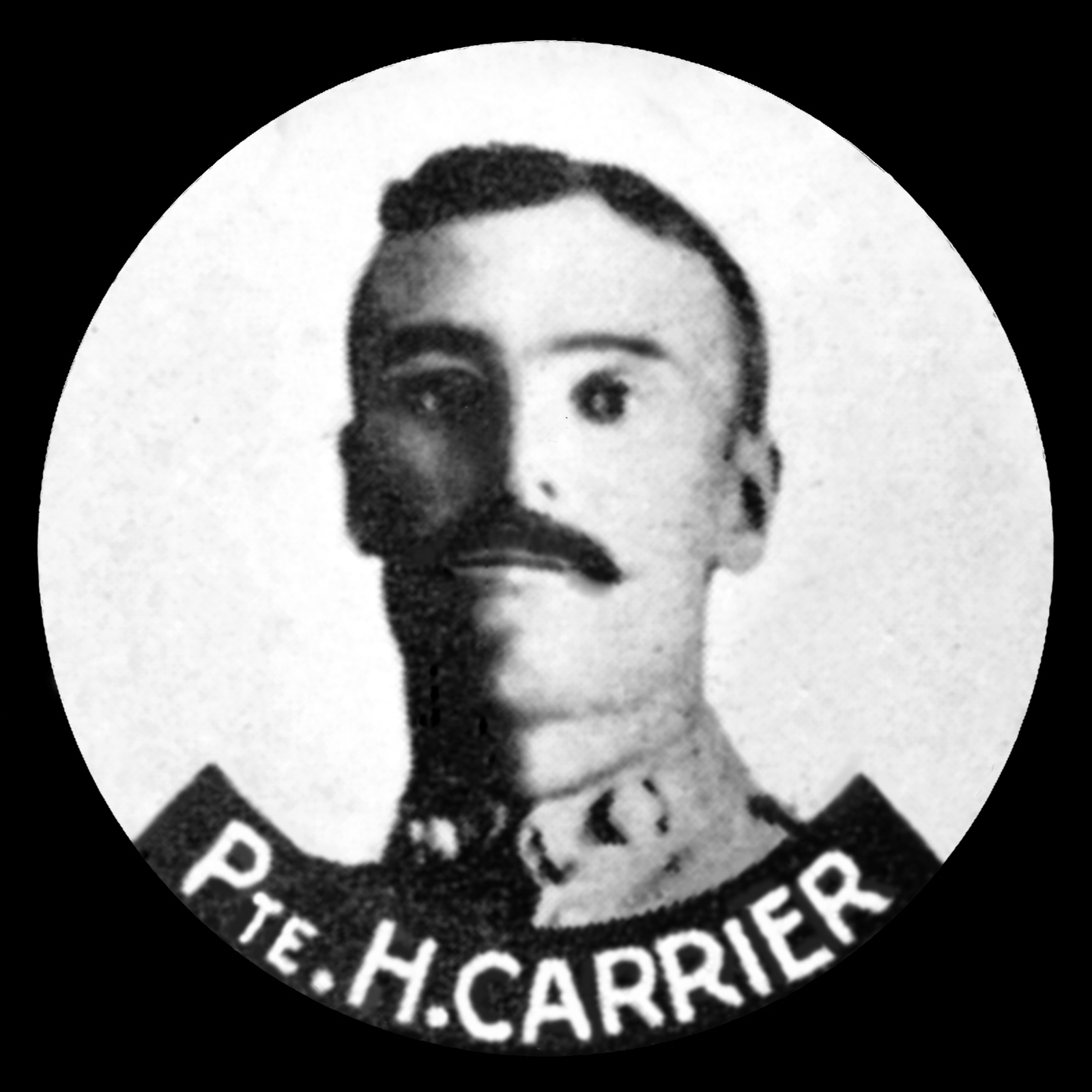 Private Herbert Carrier was born at Greetham on 15 September 1880, the son of Charles and Sarah Carrier who lived in a cottage behind the Plough Inn. He was a career soldier and served in the army for 16 years 9 months. He fought in the Boer War and was awarded the Medal for that campaign. He rejoined the 2nd Battalion Northumberland Fusiliers on the outbreak of war and went out to France with the British Expeditionary Force. He was killed by a German sniper during the Battle of Loos on 2 October 1915. The Grantham Journal reported: "It appears he saw a German opposite the bay of his trench. He fired at him but missed, and whilst taking more careful aim he himself was killed." Herbert has no known grave and is remembered on panel 21 of the Loos Memorial, and on the war memorial at Greetham.

Extra detail courtesy of Greetham and the Great War.