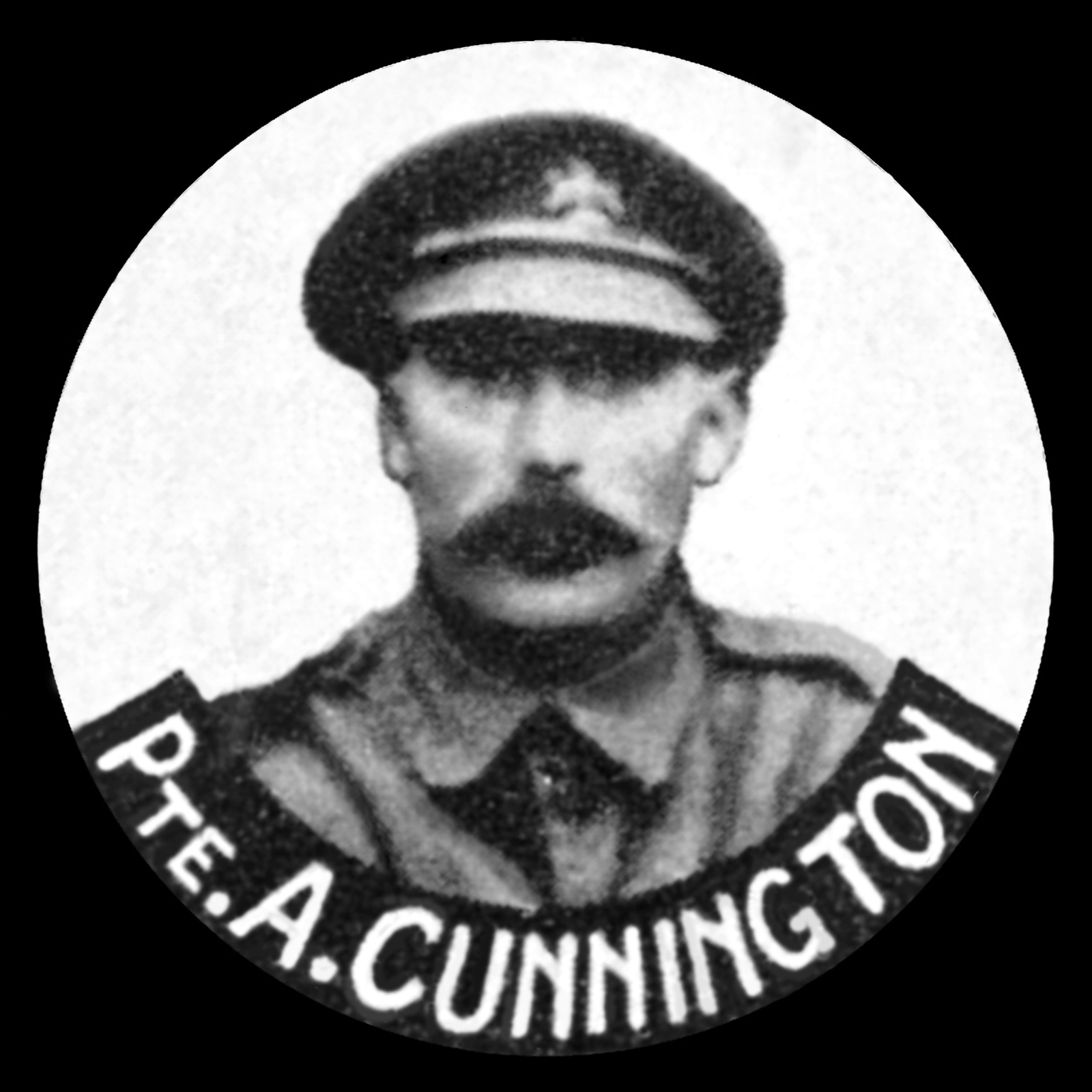 Private Anthony Cunnington died in the Third Battle of Ypres (Passchendaele) during a British attack near the Menin Road. He was born at Greetham on 12 January 1890, the son of E Cunnington and his wife, and worked as a gamekeeper at Tickencote before the war. On 22 October 1915 he joined the Oxford and Bucks Light Infantry and served with D Company 2/1st Buckinghamshire Battalion. Anthony was sent to the Western Front on 1 June 1916. On 22 August 1917 his battalion led an attack in the Pommern Castle sector in front of Ypres and St Jean. Anthony's Company was in support of B Company on the left. The battalion war diary, in uncharacteristically colourful language, described what happened: "August 22nd, the day for which the whole battalion has waited and trained incessantly, the day of attack. It is unncessary to repeat the scheme, for the copy of battalion orders attached is clear enough for the dullest brain...Zero is fixed for 4.45 am. Dead silence - then, punctual to the second, there is a terrific roar, heard for miles back and our barrage is down. Slowly the waves advance under its protecting wall of smoke and flame. The sky is lit up with lights of all colours and descriptions, the Huns appeal for help; then his barrage descends, but too late to be of use, for it is well behind the advancing troops. Obeying their orders, the waves push on, disregarding the enemy's formidable strong points & blockhouses which are left to be dealt with by parties of moppers-up especially detailed for the purpose." The account now loses some of its optimism as it admits "the facts at this point onwards become somewhat confused... the parties of moppers-up, hopelessly depleted by casualties from machine-gun & rifle fire, and owing to the stubborn resistance met with (the Hun fought well when protected with concrete) were unable to fulfil the task allotted to them." Heavy fighting took place all day. "The enemy counter attacked at least three times, but the artillery dealt with these so successfully that the only one of which we were aware at the time consisted of a few Huns advancing, or rather diving from shell-hole to shell-hole." The account ends with the price paid for the attack: "The casualties for the battalion were heavy, the total taken into the line...was 13 officers and 637 ORs [Other Ranks]. Of these, 11 officers & 338 ORs are reported as casualties as follows: killed 39 men, wounded 153 men, missing 146 men." According to George Phillips' account in Rutland and the Great War, Anthony Cunnington was seen by a Sergeant lying wounded in a shell hole: "He was losing much blood and was very weak, and I did not think that he could last long. He just recognised me and spoke a word. We were making an attack and I had to go on." Anthony has no known grave and is remembered on Panel 97 of the Tyne Cot Memorial and on the war memorial at Tickencote. His parents are buried in the churchyard. Their former home is now known as Horseshoe Cottage.