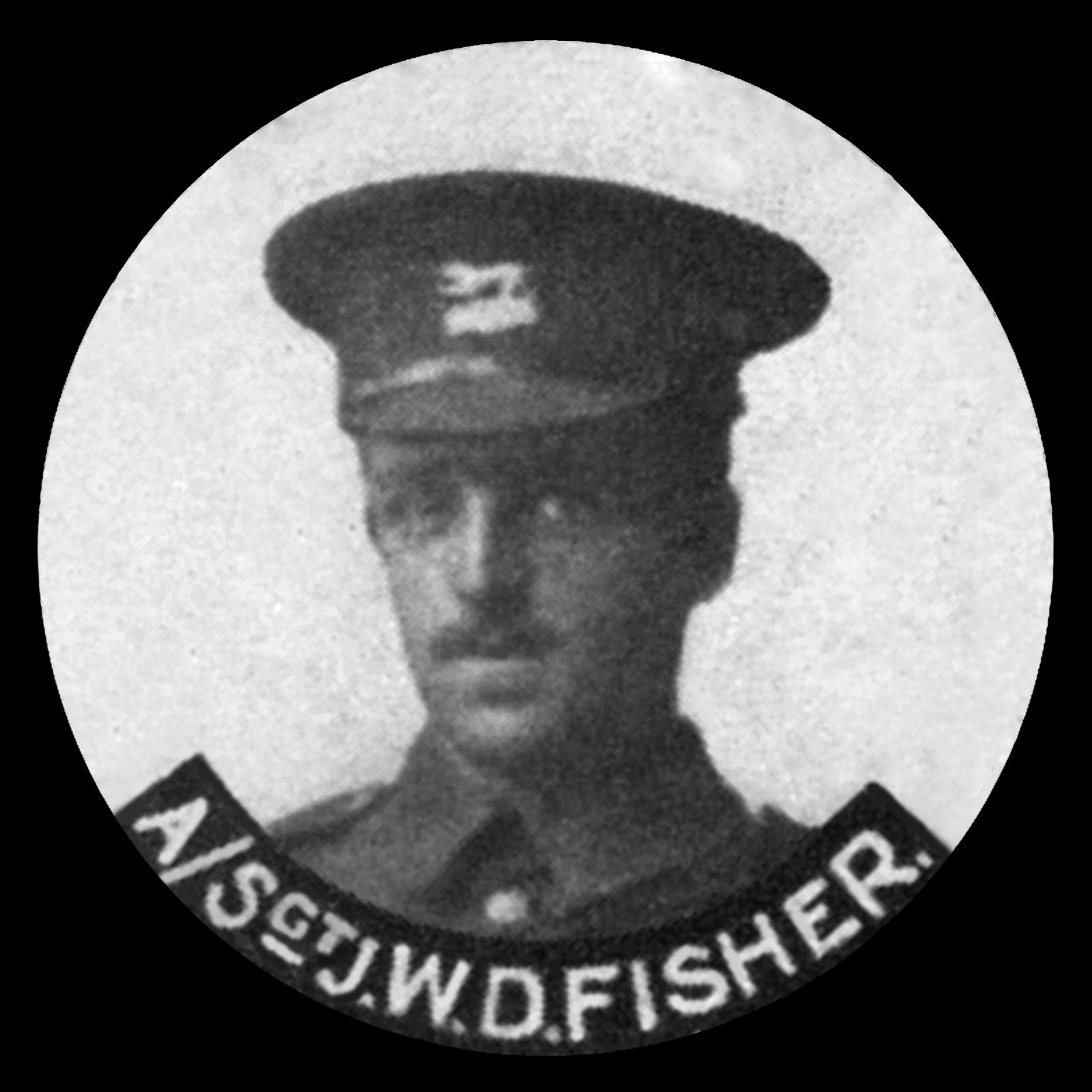 John William Dalby Fisher and his brother Herbert Henry Andrews both died in the First World War. They are among 14 men from Dean Street in Oakham to die, and one of three sets of brothers from that one street to be killed. John was killed on the same day as two other men who lived in Dean Street. John was born on 27 October 1895, the son of Frank and Mary Ann Fisher of 41, Dean Street. He was educated at Sudborough, Northamptonshire, and after leaving school returned to Oakham and worked as a gardener for Lady Augusta Noel at Catmose (now Rutland County Council headquarters). After two years he moved to Springfield as gardener in the service of Lord Londonderry. After remaining there for two years, he went to work for the Midland Railway Company as a labourer in the engineers' department, where he was when the war broke out. He was a Territorial, having joined the Oakham Company of the 5th Battalion Leicestershire Regiment on 12 July 1912, and was also a bugler in the Bugle Band. The Company was at annual camp when war was declared in August 1914. They at once returned home, and after two days left Oakham (on 6 August) for Loughborough. From there they went to Luton for training, where they formed part of the 46th North Midland Division. After a few months training they proceeded to Sawbridgeworth, leaving there on 26 February 1915, for Southampton and embarked for France two days later. John was in several battles, including Ypres, Hill 60, Hohenzollern Redoubt, and Lens. He gained his first promotion, to Lance Corporal, in November 1915, was made Corporal in September 1916, and rose to Lance Sergeant in May 1917, and transferred to "D" Company. He was in action near Lieven on 8 June 1917, and after it was over was trying to get his men back to their own trenches, when he was hit in the head by a sniper, and killed instantly. The Reverend C B W Brick, Chaplain to the 1/5th Battalion, Leicestershire Regiment, in a letter to his parents, said: "The funeral was taken by myself and was the full service of the Church of England. Many of his friends were present. He has a grave to himself in a very nice little cemetery, specially reserved for English soldiers. There is a cross at the head giving full details." The cemetery is Bully-Grenay Communal Cemetery British Extension, grave IV.A.9 and John is also remembered on Oakham's war memorial. The other men from Dean Street to die on the same day as him were Nathanael Booth and Herbert Carter.