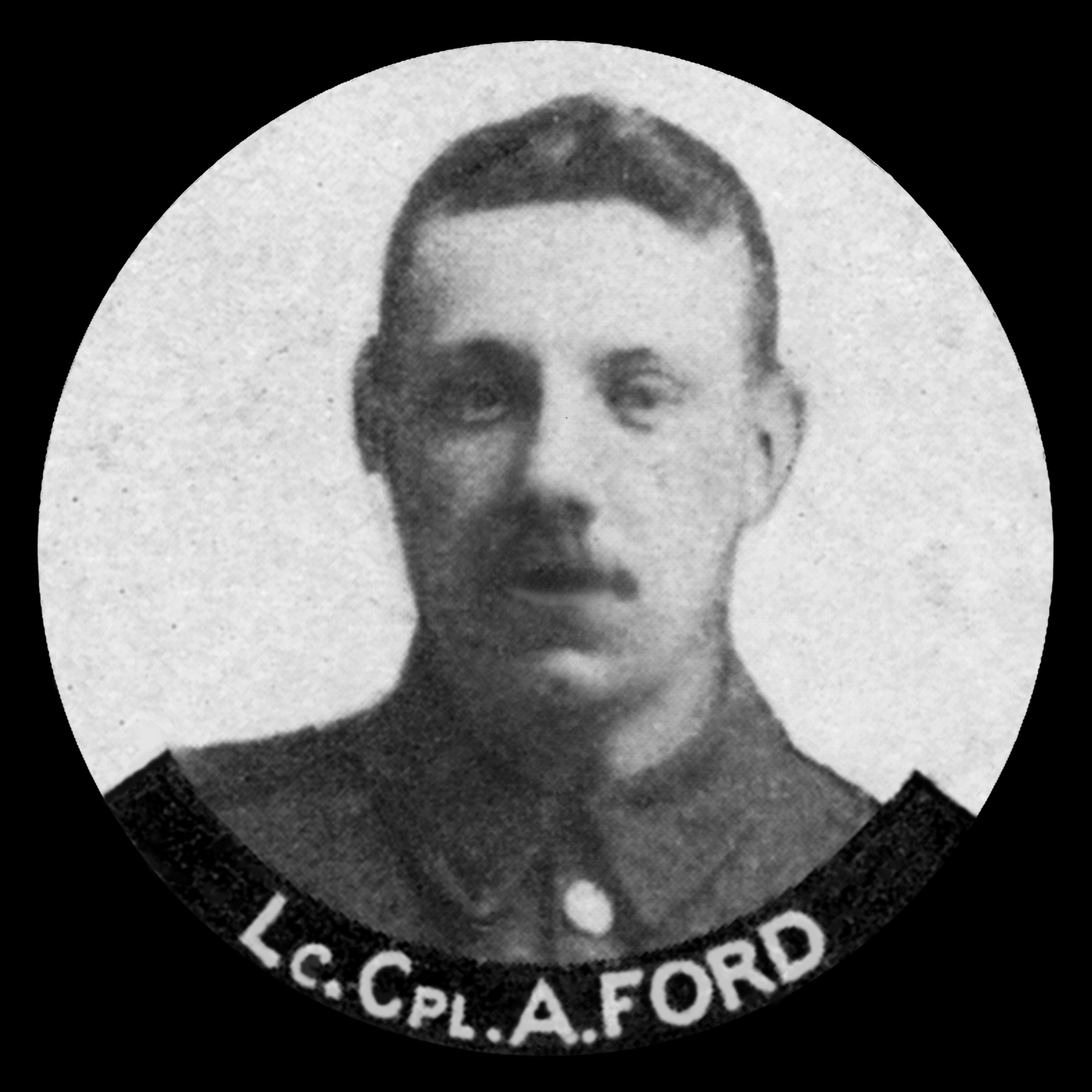 Alfred Ford was a shoeworker and the husband of Emily Ford. The couple had one child. Alfred was born in Morcott on 13 September 1892 to F Ford and his wife who later moved to 12 New Street, Oakham. He enlisted on 17 September 1915 into the 7th Battalion Leicestershire Regiment. He was promoted to Corporal on 21 November, went out to France on 17 February 1916. Alfred was killed in action on 14 July during the Battle of the Somme when the Leicestershires attacked Bazentin-le-Petit Wood. He has no known grave and is remembered on Pier 3A of the Thiepval Memorial as well as on the war memorial in Oakham. The Commonwealth War Graves Commission has his age as 25. After the war his widow Emily remarried and was recorded as living in Bourne.