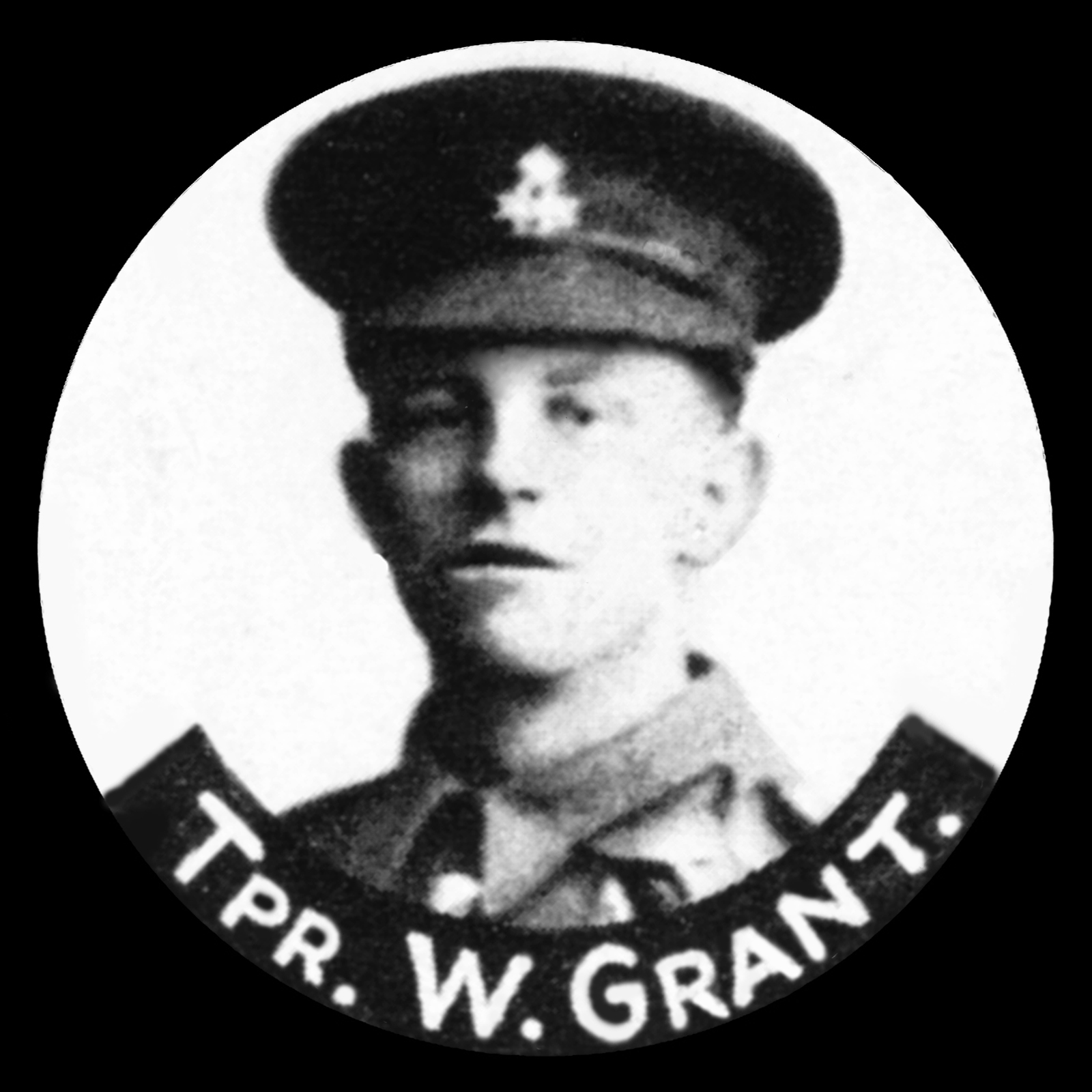 Trooper William Grant was the son of Herbert and Annie Grant, of Brooke Farm, Exton and was born on 4 January 1894. He worked as a butcher before enlisting in January 1916. Going out to France in the following November, he took part in the Vimy Ridge and Cambrai battles of 1917, and in the Second Battle of the Somme in the early part of 1918. George Phillips wrote in Rutland and the Great War that he died from shell shock at Noyon, and he was buried at Diges-le-Pont, near Noyon. It is probable his grave was destroyed because the Commonwealth War Graves Commission says he has no known grave and so is remembered on the Pozieres Memorial, Panel 6. He is also remembered in Exton Church and on the Exton and Whitwell war memorials. The Commonwealth War Graves Commission has his age as 23.