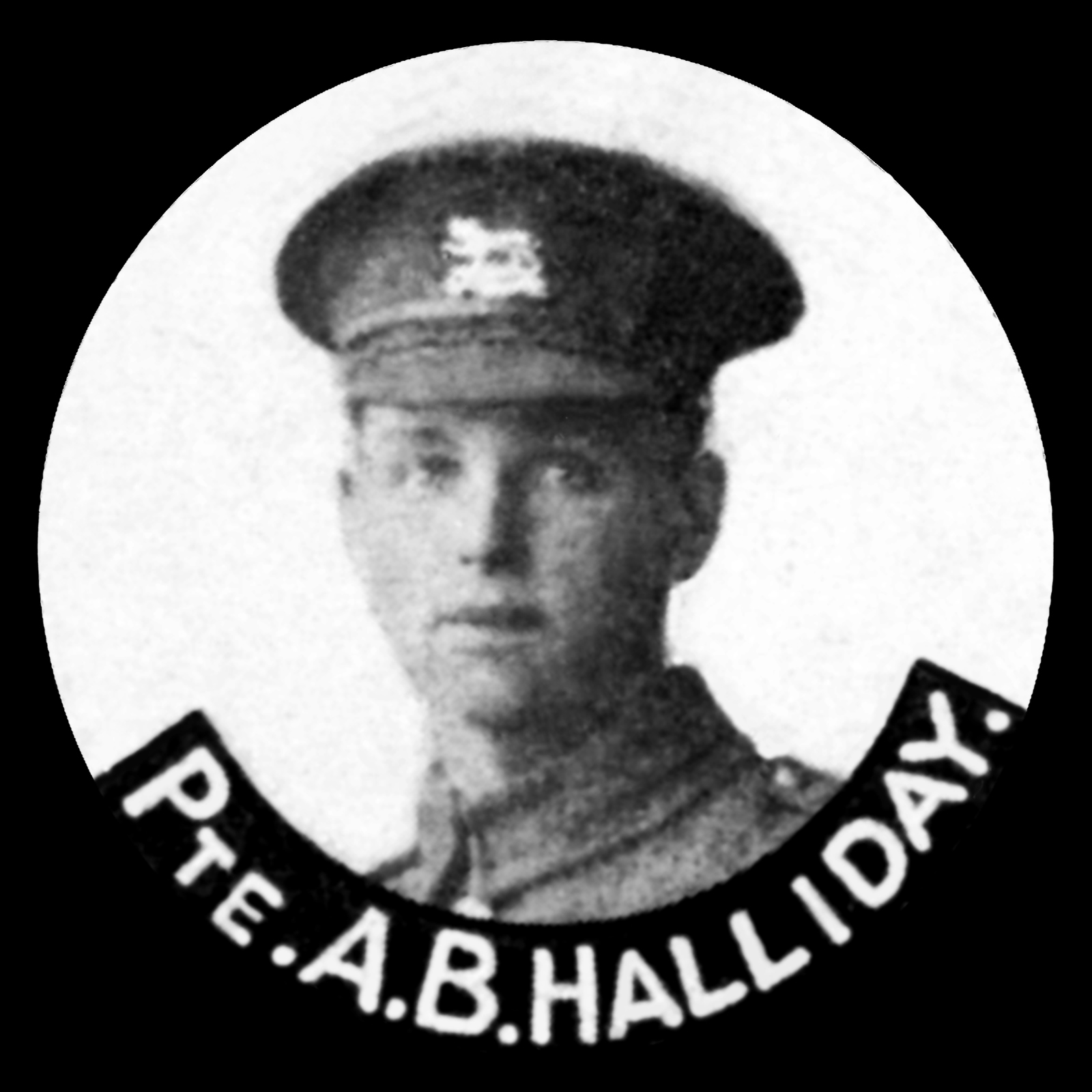 Alfred Bernard Halliday was born on 29 September 1895, the son of J Halliday and his wife of 77, Stamford End in Exton. He was a farm labourer and enlisted with the 5th Battalion Leicestershire Regiment on 27 June 1915. He fought at Loos, and was killed on 13 October the same year, as the British tried unsuccessfully to capture a German strongpoint called the Hohenzollern Redoubt. His body was never recovered and so Alfred is remembered on panel 43 of the Loos Memorial, and the war memorial at Exton.