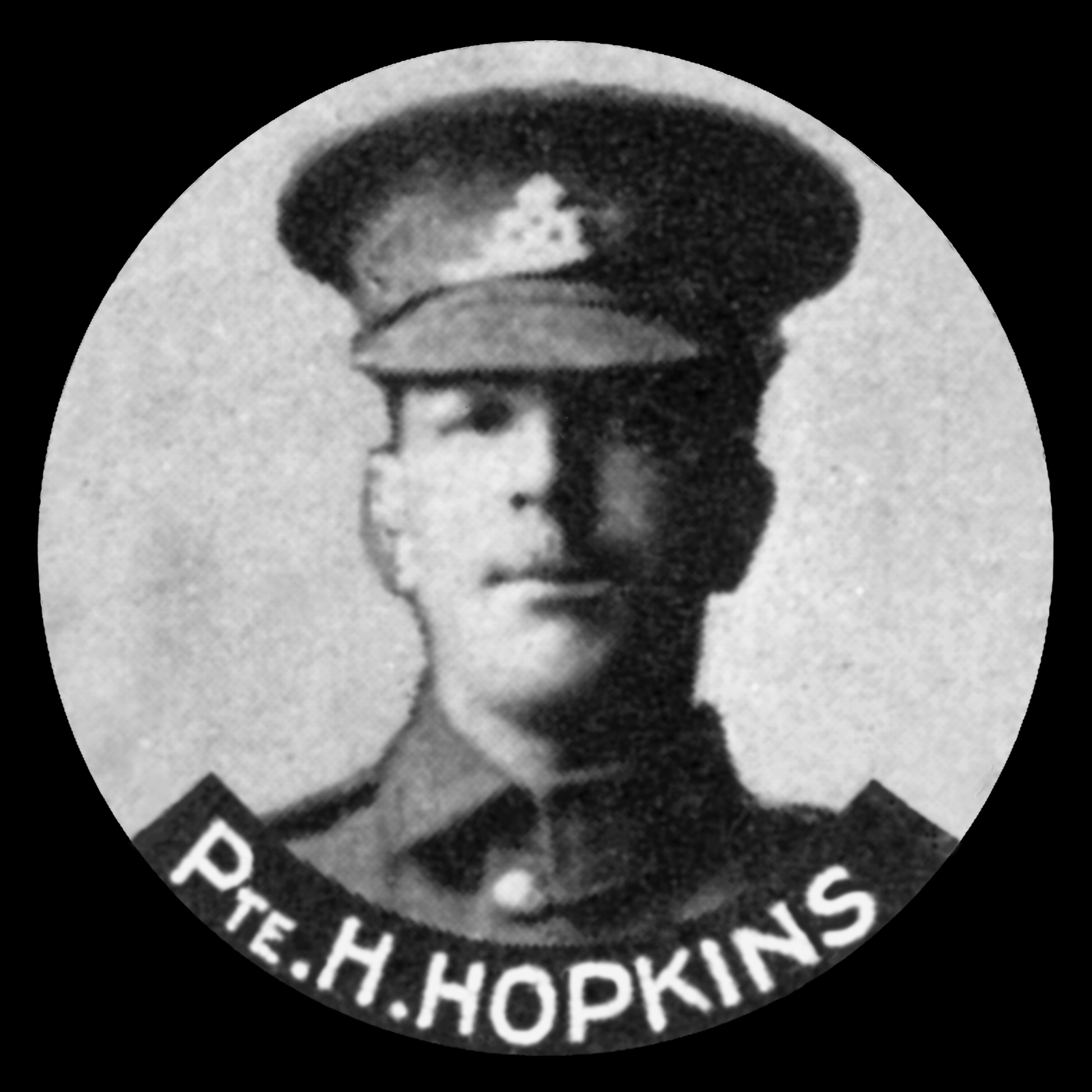 Harry Hopkins died in the closing stages of the Battle of the Somme, the last Rutland soldier to die in the battle. He was born on 14 December 1895 in Barrowden, the son of Jesse Hopkins and his wife. Harry was an ironstone labourer, and enlisted in the South Staffordshire Regiment on 5 May 1916 before being transferred to the 4th Battalion Worcestershire Regiment. He went to France in September the same year. His battalion was occupying trenches known as Fall, Autumn and Winter near Flers when he was killed by a sniper on 18 November. In the battalion war diary for that day there is simply a reference to a visit to the front line by the Commanding Officer of 88th Brigade. Harry's Platoon Commander wrote: "He was one of my best men and a very willing worker, and he was, I am sure, a son to be proud of .. It was his first time in the trenches." Harry is remembered on Pier 5A of the Thiepval Memorial on the Somme. A plaque to his memory was put up in Barrowden's Baptist Chapel but this is now a private house. The owners handed the plaque over to the parish church of St Peter's where it can be seen today. Harry is also on Barrowden's war memorial inside the church.