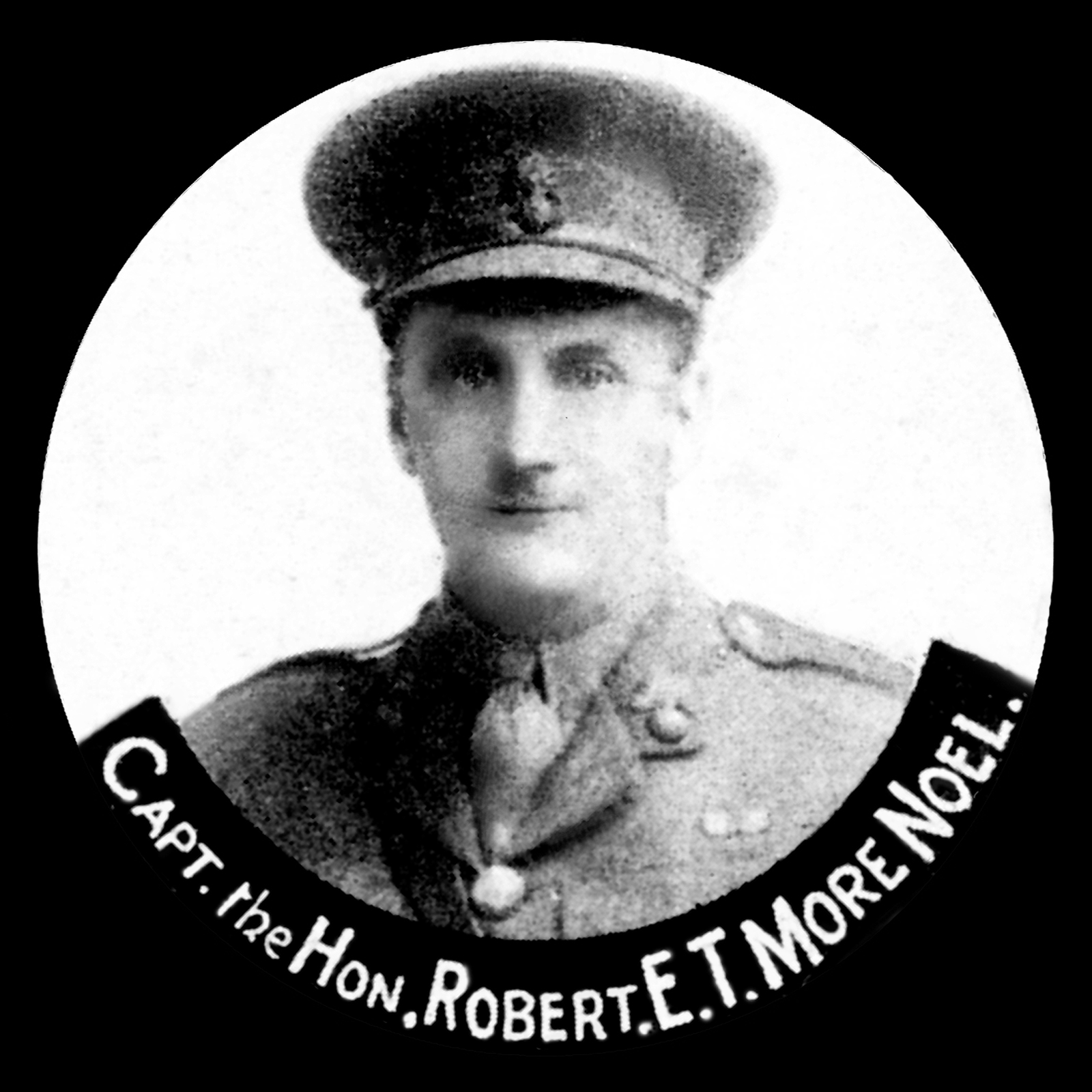 Robert Noel took part in the fighting against the Germans in East Africa before dying from malaria. The Honourable Robert Edmund Thomas More Noel was the third son of the Earl of Gainsborough and was born at Exton Park on 10 April 1888. Robert was educated at Downside and Clare College, Cambridge and was a Gentleman Usher at the Coronation of King George V. He obtained a Commission in the Royal Fusiliers, was promoted Lieutenant on 13 July 1912, and Captain on 2 February 1915. At the outbreak of war Robert was Assistant Commissioner of Police at Lagos, Nigeria. In Rutland and the Great War, George Phillips wrote: "Like men of his class, ever uppermost in his mind was the duty he owed to his motherland, considering no sacrifice too great to suffer for her. He, therefore, volunteered for active service in East Africa and took part in the operations during the taking of the Cameroons and the conquest of German East Africa." He contracted malaria and died 2 February 1918, at Massassi where he was buried. After his death his parents receveived nearly three hundred letters from friends he had made in different parts of the world. The choir master of Downside Abbey where he sang during his five years' stay at Downside School, wrote: "His high principles commanded one's respect and his bright, sunny disposition enlisted one's affection." A Fellow of Clare College wrote: "There have been few men in my experience who were more popular at sight with the very many varied friends of my own college who used to meet in my rooms at the time when he was up." His Commanding Officer in the Royal Fusiliers wrote: "He was one of the best subalterns I ever had, a keen and plucky good soldier, and popular with all officers and men, and with none more so than myself. He was always cheery and ready to do anybody a good turn." The Nigerian Pioneer wrote: "As an officer of the Police Force, his conduct towards his inferiors was always characterised by that gentleness of bearing inherent in the gentleman born and bred." An officer of his company wrote: "As my company commander I cannot speak too highly of his ability as a soldier, his cheerful disposition at all times. and his wonderful consideration and love of his men." Robert is now buried in Dar Es Salaam War Cemetery in Tanzania, grave 6.K.8. He is remembered in Exton's Garden of Remembrance on a Gainsborough family memorial which also includes his cousin, Maurice Dease VC, on the village memorial plaque nearby, as well as in Exton church.