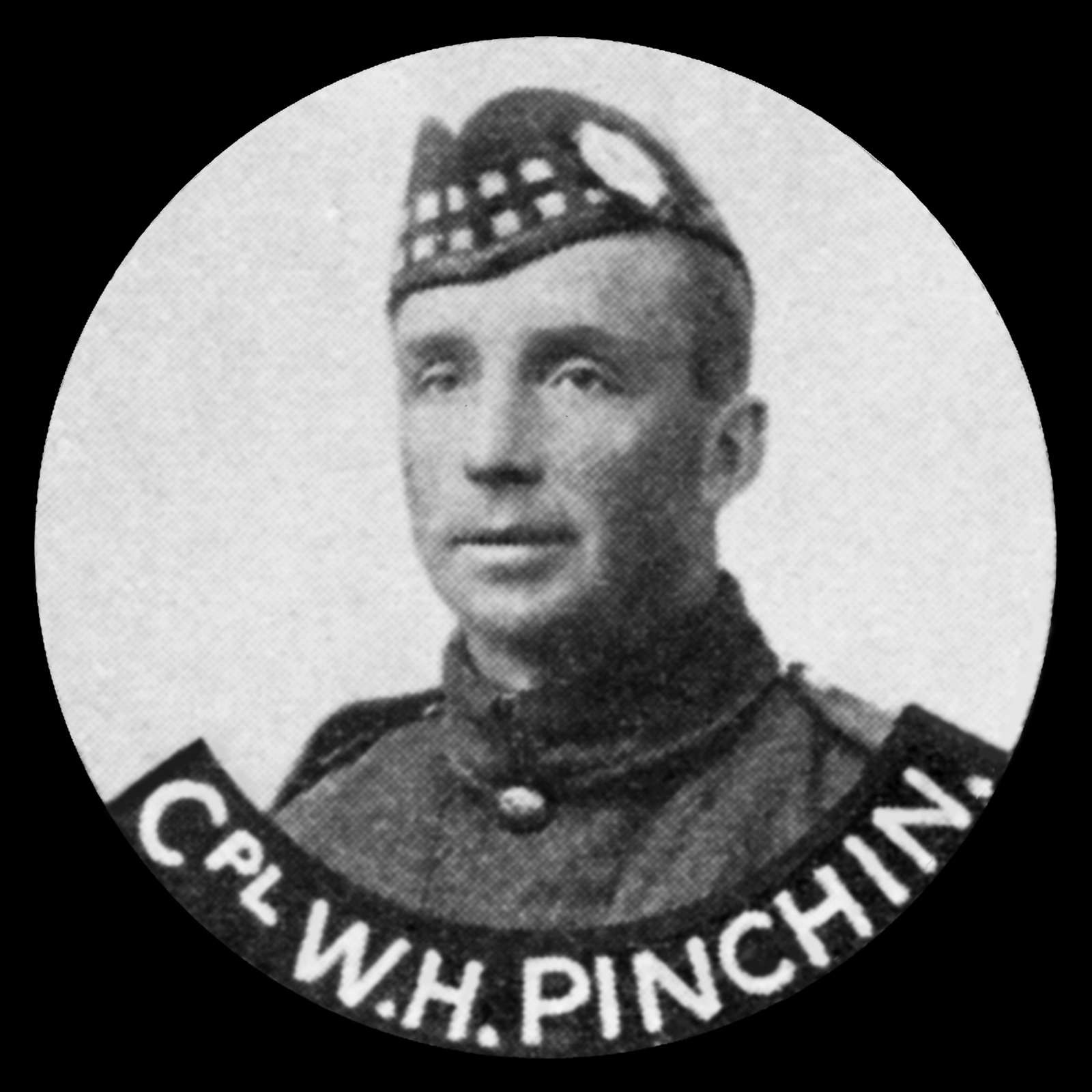 William Henry Pinchin won the Distinguished Conduct Medal for courage for his actions when his trench was attacked by German infantry during the Battle of the Somme. The official citation reads: "At Guillemont Farm, on the 6th August, 1917, about 3.30 a.m., when a strong raiding party of Germans surprised the garrison in a thick fog, this N.C.O. was in charge of a Lewis gun team in the forward end of the sap, about forty yards from the enemy. He was attacked from front and rear. He formed a block across the sap, in the rear of him, and kept off the enemy in his front. He for a time also succeeded, with the aid of bombs and rifle fire, in keeping on the party attacking in the rear, and in spite of the fact that he himself and four of his team were wounded, collected them, got out of the sap, and firing his Lewis gun from his hip, made his way into 'No Man's Land' and fought his way through the enemy. Finally, rejoining his company in the rear of the position, he again brought his Lewis gun into action. This N.C.O. showed the greatest courage and presence of mind." William was married to Miriam and had two children, Richard and Jack. The family lived at Ashwell and before enlisting he had worked as a stud groom for nine and half years to a Miss Duncombe at The Old Hall. He joined the 17th Battallion Royal Scots in June 1916, and went out to France in December the same year. William was wounded in the action in which he won his medal and returned to England to recuperate. He was back with his battalion on 5 October 1917. Shortly afterwards, the Royal Scots moved from the Somme area to take part in the later stages of the Third Battle of Ypres (Passchendaele). On 20 October the battalion was in trenches near St Julien and was being relieved by the 23rd Manchesters. The battalion war diary does not mention any fighting that day, but that is the date William was reported killed. According to George Phillips in Rutland and the Great War, he was buried in a shell hole near where he fell but his grave was subsequently lost and he is now remembered on Panel 12 of the Tyne Cot Memorial. William is also remembered on the war memorial at Ashwell.