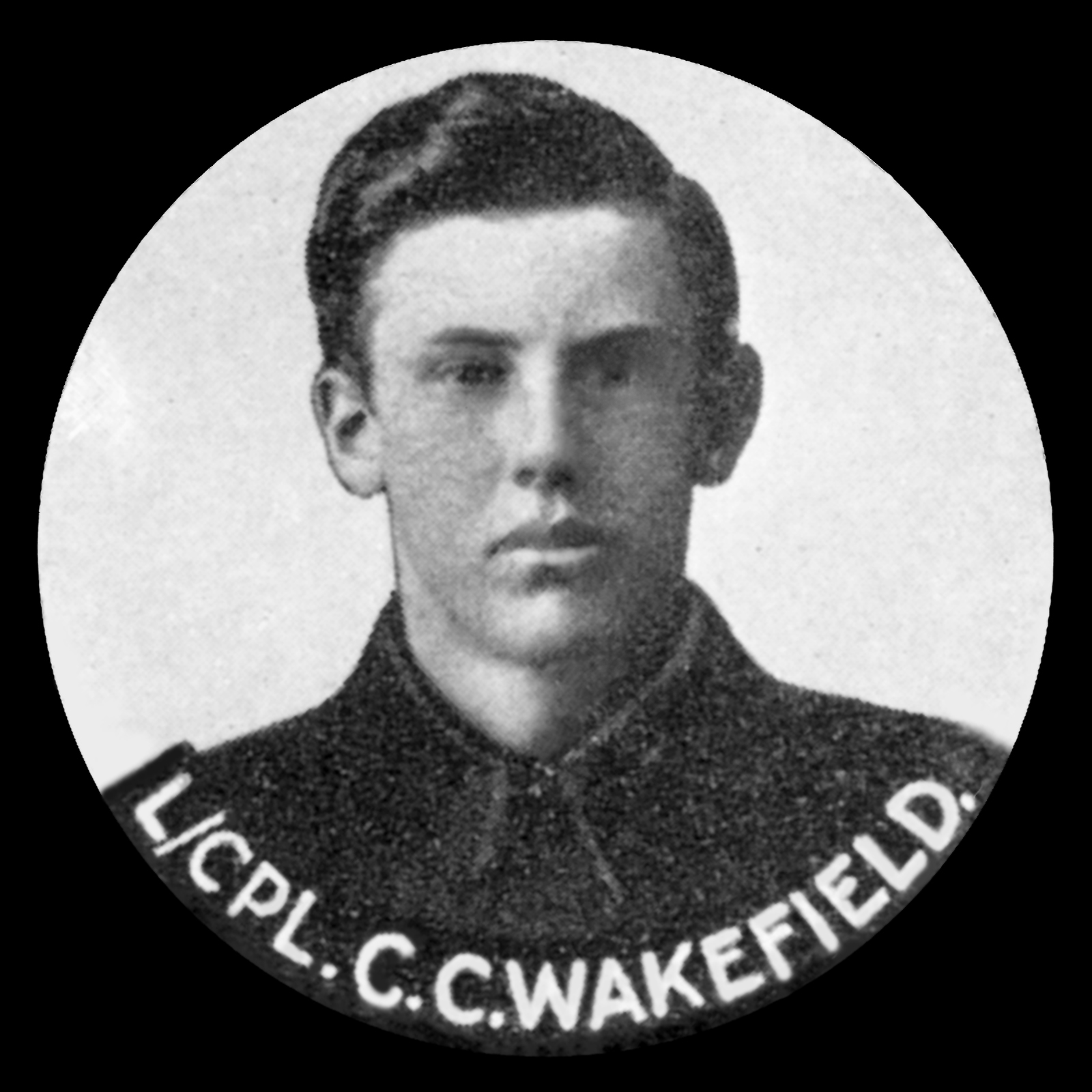 Lance Corporal Charles Cornelius Wakefield of the 6th Battalion Lincolnshire Regiment was an early volunteer who survived Gallipoli, where he was wounded, before being killed on the Western Front. He was the son of George and Ada Wakefield of 9, Station Road, Essendine, and was born at Peterborough on 8 July 1896. The family moved to Ryhall around 1905 when George was nine. He worked as a butcher and enlisted on 2 September 1914. In July 1915 he was sent to Gallipoli and took part in the August landings at Suvla Bay, fighting in the attacks on Achi Baba where he was wounded. In a letter home written on board a hospital ship in the Mediterranean, he said he had a bullet put through his left arm just below the elbow. He added: "There are lots of the Lincolns and other regiments of our Brigade on the ship wounded. We advanced across a piece of flat open ground, and captured a hill with the bayonet. We were attacking at daybreak the next hill, and they had us weighed up. We got into their position and were nearly surrounded, being shot from front and sides, and I don't think there were many Lincolns to come back. I was about the first in our platoon to get wounded... the fighting where we were is not trench fighting, but open running fights, and it is much more deadly and quicker." When he had recovered, Charles was sent to France, where he took part in the Battle of Messines and immediately afterwards the Third Battle of Ypres (Passchendaele). According to George Phillips in Rutland and the Great War, he died from machine gun bullet wounds in the 13th General Hospital, Boulogne, on 22 August 1917. But it is not clear when or where he was wounded. For the first half of August the Lincolns were in camp and out of danger. On 15 August the battalion moved to Siege Camp and were in reserve as the 34th Infantry Brigade attacked the Pheasant Line north of St Julien near Ypres. The Lincolns provided carrying parties for the attacking battalions and working parties for the Royal Engineers during which they suffered 10 men killed and 12 wounded. Perhaps it was here that Charles was caught by machine gun fire. It would have taken some time to move him down the line and into hospital in Boulogne so the dates make sense. But we cannot be sure. The war diary also says the battalion went into the the line on the night of 19/20 August and records "the first two days were uneventful except for the continuous artillery duel and aircraft activity. Casualties were moderate." An officer was killed by machine gun bullets in No Man's Land, presumably leading a patrol, but the diary does not mention if any soldiers were wounded with him. Charles is buried in Boulogne Eastern Cemetery, grave VIII.1.12, and is remembered in St Mary Magdelene Church in Essendine.